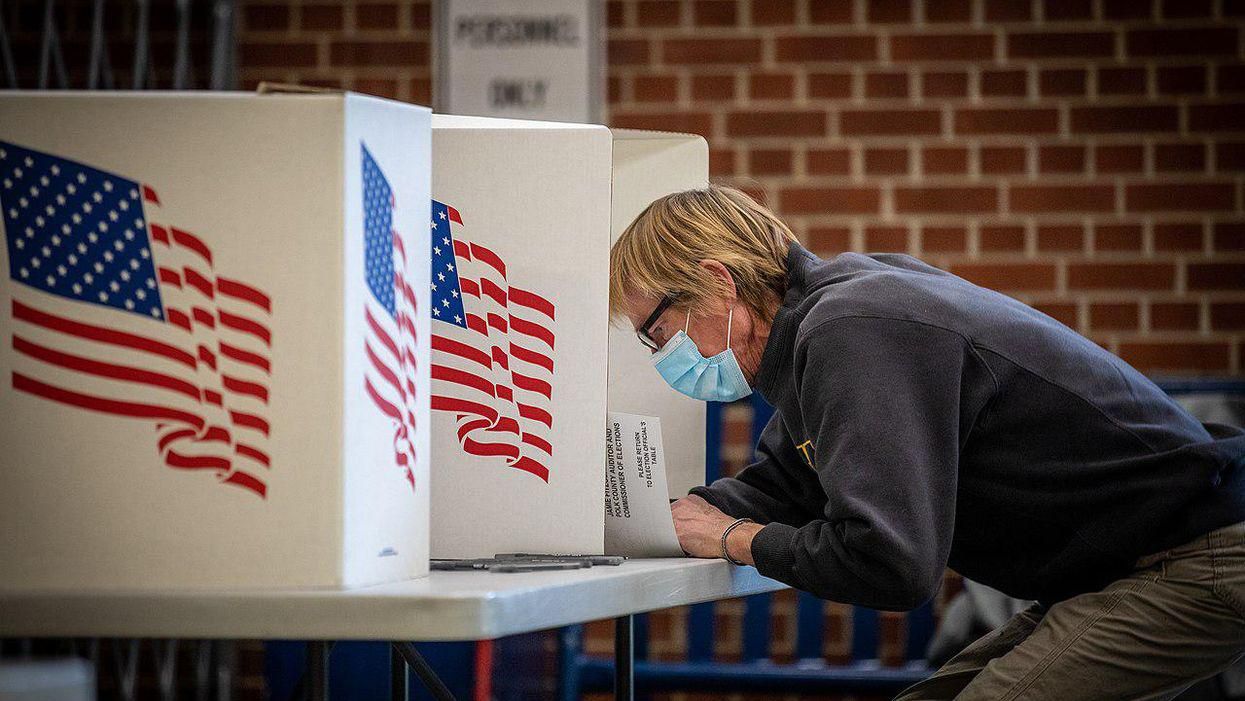 The right to vote isn't a right at all, but rather a privilege that should be reserved only for those "equipped to take part in the process," writes Matt Walsh, a 27-year-old, far-right talk-show host and blogger, at the Daily Wire this week.

Walsh normally would not merit a flicker of attention from normal humans. But in this case, he has provided a valuable service to the non-wingnut world by saying openly what fellow voter suppressors are only thinking. Or perhaps whispering amongst themselves.

"No It Isn't Easier To Buy A Gun Than Vote. But It Should Be," proclaimed the headline above Walsh's Daily Wire blog. Obviously, he relished killing two birds with one stone. Walsh bathed in conservative shock-and-awe. After complaining that guns were more costly to obtain and more restricted than voting rights, he wrote:

"Gun ownership is, after all, a more important and more essential right than voting. Voting is not really a human right at all, but a privilege that ought to be reserved for those who are the most qualified to do it. The ability to defend yourself and your family is fundamental. We all have the God-given right to ensure our own safety and that of our loved ones."

Having drawn the obligatory -- albeit sacrilegious -- connection between God and guns, Walsh delivered the kill shot:

"But determining the political course of the nation is something different. It is not fundamental and should not be opened up to any warm bodied (or even cold bodied, in some cases) person. In an ideal scenario, there would be tests and requirements for voting which rule out the voters who are not equipped to take part in the process and have no business involving themselves in it. That's the way it should be. That's not the way it is."

This was not the first time Walsh has ventured down this verbal dark alley. In June 2019, he tweeted "Every voter should be a taxpayer who can pass an 8th grade civics exam," apparently unconcerned about the tens of millions of Trump votes this would disenfranchise (along with several Trumps).

In a companion tweet, he added, "I absolutely believe certain people should not be allowed to vote. Specifically, ignorant and non-contributing people. There is no benefit whatsoever to their participation. They only cause damage."

This time, the tweet about guns and voting drew an approving response from the infamous Ann Coulter, who emerged from her crypt with this: "You're right. Possible solution: have Registrars in all 50 states mail guns to citizens."

Walsh surely was flattered to his creepy core: To an upstart agitator, Coulter's blessing is bigotry gold.

As with Coulter, gaining attention by provoking rage is Walsh's oxygen. He is best ignored for the most part. But with the Republicans' voter-suppression campaign in full swing, Walsh provided a service this time by exposing its ugly underbelly.

For that, Walsh has earned no angry reaction. Just a thank-you for spelling out the ongoing attack on democracy so succinctly.