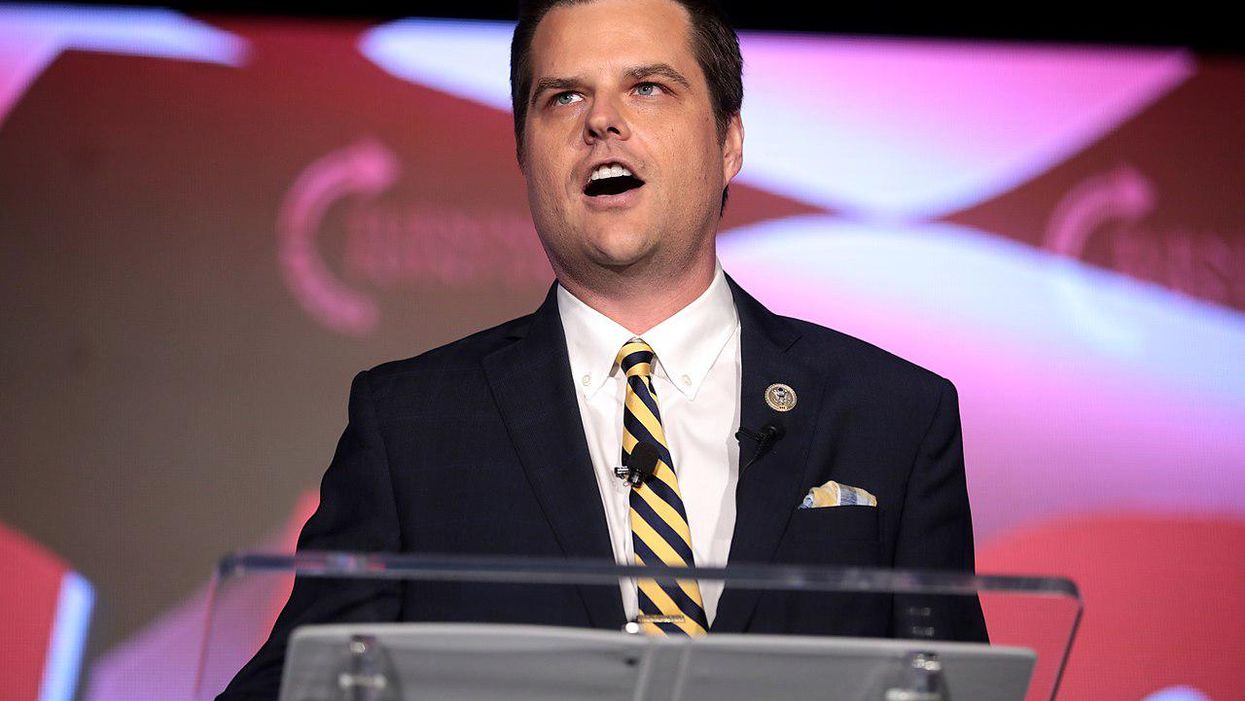 U.S. Rep. Matt Gaetz (R-FL) on Thursday stood up for the Family Research Council, a hate group that has spent nearly 40 years spreading dangerous lies about LGBTQ people under the cloak of "religious freedom." He also attacked the Southern Poverty Law Center, a decades-old institution that tracks and reports on the more than 800 current hate groups of all kinds across the U.S.

It did not turn out well for the Florida Congressman, as some rushed to remind Gaetz, a top Trump MAGA sympathizer, of his own associations with the far right.

Gaetz tweeted out an article from the conspiracy theory website Gateway Pundit, whose owner was regularly labeled the stupidest man on the Internet. The article, by Cassandra Fairbanks, paints Gaetz in a very favorable light to his far right supporters. Fairbanks previously worked for Sputnik, the Russian government state media site.

The SPLC is not a hate group.

Fairbanks, according to domestic extremism expert Jared Holt, is a "self-professed fascist sympathizer."

Gaetz also suggested MAGA is not a dangerous extremist group:

Here's how some are responding to Congressman Gaetz's attack.

Journalist Daniel Moritz-Rabson posted a graphic of Fairbanks appearing on VDARE with its founder. VDARE is a white nationalist hate group, according to the Southern Poverty Law Center.

Journalist Sam Youngman notes Rep. Gaetz took Holocaust denier Chuck/Charles Johnson to the State of the Union Address and appears to continue to support Trump's attempt to overturn the election:

This person took a Holocaust denier to the State of the Union and voted against honoring the police who fought off… https://t.co/nYQj0c0PJs
— Sam Youngman (@Sam Youngman)1616701347.0

Bullshit, Matt. There is an active on-going racist insurrection underway and you are part of it. It's un-American a… https://t.co/5shBxeIukD
— Curley (@Curley)1616693335.0

This is the classic Goebbels technique of accusing your enemies of what you, in fact, are guilty of. https://t.co/SPiJhsPdTO
— Matthew Spira (@Matthew Spira)1616707549.0