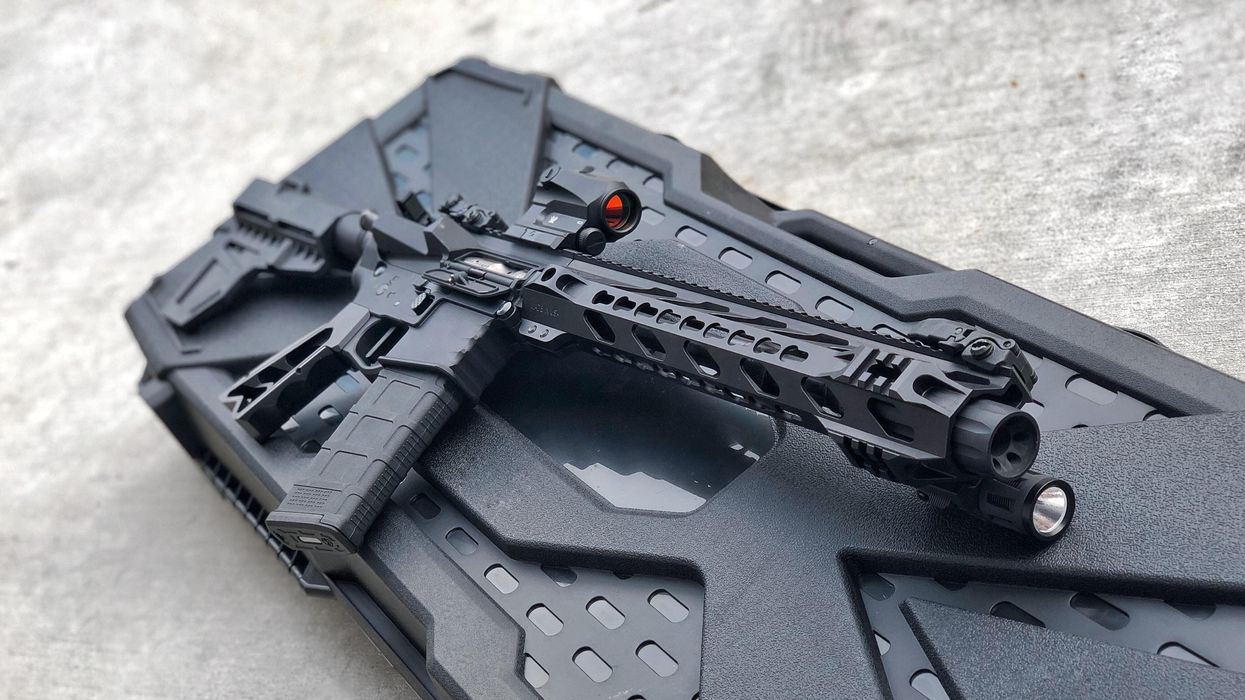 I don't know what kind of name Ahmad Al Aliwi Alissa is. I'm no more familiar with Middle Eastern names than most white Americans are. What I do know is the debate over gun control, mass shootings and domestic terrorism is about to flip upside down now that the Boulder shooter had been identified as a man of Middle Eastern descent.

First, the facts. Alissa, 21, is alleged to have entered Monday a supermarket in Boulder, Colorado, with a "rifle."1 Ten people are now dead. It looks like he shot himself, the damn fool. Pictures of him being frog-walked to a squad car with blood running down his leg have gone viral. The massacre took place a week after another in Atlanta, where a white man is alleged to have murdered eight people, including six Asian women.

The reason I say things are about flip upside down is because of the right-wing media apparatus. It warps so much of our understanding of political reality. When it came to Robert Aaron Long, the Atlanta shooter, he was a "sex addict,"2 not a domestic terrorist whose alleged crimes demand action. When it comes to Alissa, however, the right-wing media narrative will be quite different, though it's too soon to say how. What's certain is that his identity will be the focus of attention, not his alleged crimes.

Put another way, his identity as a Muslim3 will be the real crime, according to the closed-circuit logic of Fox and other fascist media outlets. That he's alleged to have committed mass murder is subsequent, and therefore secondary, to the larger, original crime. Whatever action should be taken by the government should be about his Muslim-ness, not the ubiquity of access to military-style weapons of death. The goal, for Fox et al., will be protecting white men, who are always the good guys with guns.

In short, the fascist media machine is about to get really loud. It's going to proclaim, in no uncertain terms, that Ahmad Al Aliwi Alissa is a terrorist.4 That might suggest a turning of the debate over gun control and mass shootings. Many of us—you know, me—have been calling these massacres a form of domestic terrorism for years. Many of us—you know, me—have been calling on the government to take action for as long. But Monday won't change things just because Tucker Carlson now uses the T word. It will mean, instead, the polar opposite. The right-wing solution to democratic problems is militarized violence. Given the horror of this massacre, lots of respectable white people may be tempted to agree. Militarized violence, however, is how we got here.

It's impossible to know what a President Al Gore would have done after the terrorist attacks of Sept. 11, 2001. We might have gotten mired in endless war anyway. Safe to say, however, a Democratic administration would not have presided over the deep, lasting and destructive militarization of civil society and domestic affairs, which is what happened under the conservative leadership of President George W. Bush.

Over the course of 20 years, periodic spasms of the democratic spirit—"Occupy Wall Street," Keystone Pipeline demonstrations, protests against the murders of Michael Brown and George Floyd—have been met with a militarized response by the state. Militarization has seeped so deeply into civil society that we expect it in places where military action is almost never wanted: schools, churches, library and parks. Instead of teaching us courage in the face of fear, the Bush years taught us to fear everything. The former president's decision to let the assault weapons ban expire in 2004 launched a new era of mass death in which people of all colors, but mostly white men, reflected the militarized state by reacting to democratic outcomes with militarized violence.

So follow the lead of people like US Representative Joe Neguse, a star Democrat whose district includes the scene of Monday's crime. He told "CBS This Morning" today that "enough is enough." He added: "The time for inaction is over. It does not have to be this way. There are commonsense gun legislation reform proposals that have been debated in Congress for far too long. The gun lobby and so many others have stopped the ability to make meaningful reforms in the past, but that's no excuse. I think the American people are tired of excuses. So it's time for us to roll up our sleeves in the Congress and muster the political will power to actually get something done."

If we all follow his lead, the debate really could take a turn for the better.

Postscript: As I was writing this, the president called on the Congress to immediately pass "legislation that would close loopholes in gun background checks and ban the purchase of assault weapons," according to USA Today. That is a huge BFD. Joe Biden could have chosen to double down on "national security." Instead, he's doing this. Attention will now turn to Joe Manchin. That, however, is a story for later. —JS