'This is a historic day': Legal marijuana arrives in New York 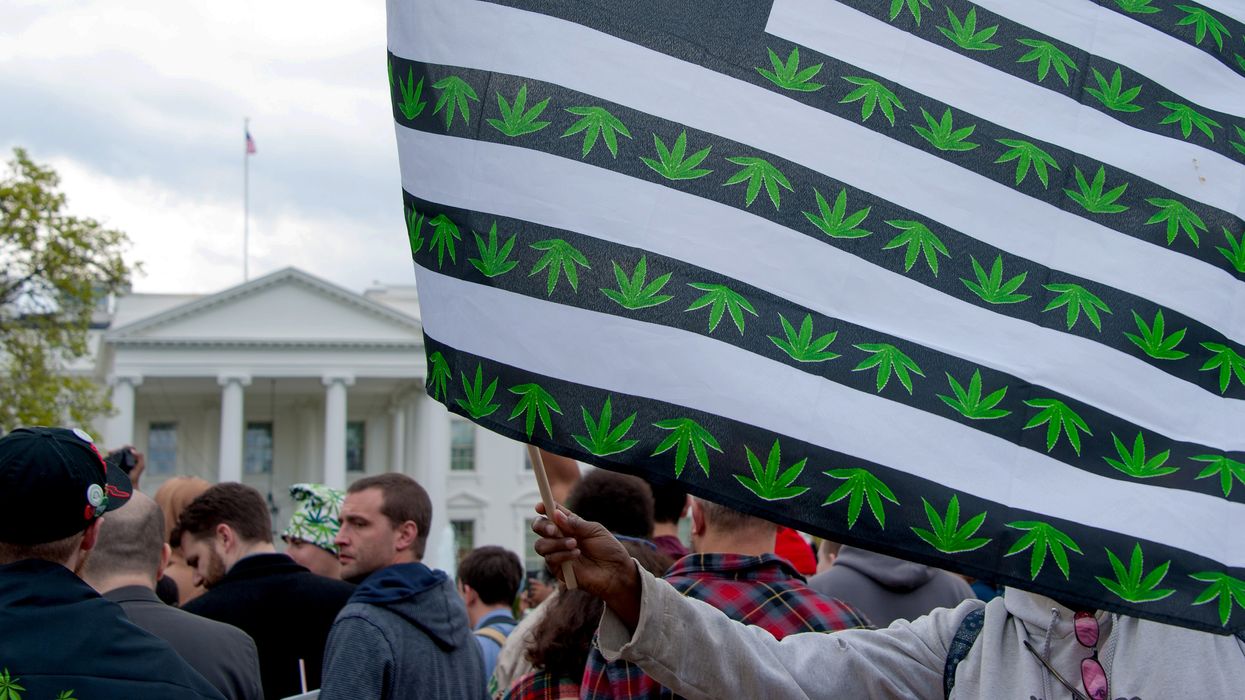 On March 31, New York Governor Andrew Cuomo (D) signed legislation that would immediately legalize the possession of small amounts of marijuana for persons 21 and older and set the stage for a taxed and regulated legal marijuana market in New York State.

In a tweet posted soon after signing the legislation, Cuomo said, "This is a historic day. I thank the Leader and Speaker and the tireless advocacy of so many."

One day earlier, hours of debate in the New York State Senate ended with a 40-23 vote to approve the Marijuana Regulation and Taxation Act (Senate Bill 854-A). The House followed up hours later, approving the bill with a 100-49 vote.

An embattled Governor Andrew Cuomo had reached an agreement with legislative leaders on the bill over the weekend.

Late on March 30, Cuomo said he was looking forward to signing the bill. "New York has a storied history of being the progressive capital of the nation, and this important legislation will once again carry on that legacy," he was quoting saying, according to PIX11.

New York has become the 16th state to legalize marijuana and the third to do so through the legislative process. It is also the second most populous state to do so after California. And, along with legalization in New Jersey earlier this year, the Empire State's decision to end its war on marijuana will undoubtedly add pressure on remaining neighboring pot prohibition states to get on the bandwagon.

Under the bill, people 21 and over will be able to possess up to 3 ounces and grow up to six plants, three of them mature. Past marijuana possession convictions will be automatically expunged. But legal sales will not commence until a state committee sets up rules and regulations for the nascent industry.

Keen recognition of racial injustice in the prosecution of the war on drugs guided legislators as they crafted their vision of progressive marijuana law reform. As a leading bill supporter, State Senator Liz Krueger (D-Manhattan) enumerated in a statement after the legislation took final form the main features of the bill, which has a strong set of social equity provisions, including:

Krueger, who, along with other legislative leaders and a broad-based coalition of activists, has been trying to get legalization passed since 2013, said she was pleased with the passage of the bill, in a statement after the vote.

"Today is an historic day for New Yorkers," she said in her statement. "I could not be more proud to cast my vote to end the failed policies of marijuana prohibition in our state, and begin the process of building a fair and inclusive legal market for adult-use cannabis. It has been a long road to get here, but it will be worth the wait. The bill we have held out for will create a nation-leading model for legalization. New York's program will not just talk the talk on racial justice, it will walk the walk."

In her statement, Krueger gave shout-outs to Assembly Majority Leader Crystal Peoples-Stokes (D-Buffalo) and to activist groups such as the Drug Policy Alliance (DPA), both of whom have been working on the issue for years.

"I am proud to have fought so long for this legislation and to finally see it pass," said Peoples-Stokes. "We are providing marijuana justice by ensuring investment into the lives and communities of those who suffered for generations as a result of mass incarceration. The results will be transformative for people across New York State—it will create economic and research opportunities, jobs across a wide variety of sectors, and a safe and reliable product."

"This day is certainly a long time coming," DPA executive director Kassandra Frederique said in a statement after the March 30 vote. "When we started working toward marijuana reform 11 years ago, we knew we had our work cut out for us. Because of the sheer extent of harm that had been inflicted on Black and Brown communities over the years, any marijuana reform that was brought forth had to be equally comprehensive to begin repairing the damage. And I can confidently say, the result… is something truly reimaginitive. We went from New York City being the marijuana arrest capital of the country to today New York State coming through as a beacon of hope, showing the rest of the country what comprehensive marijuana reform—centered in equity, justice and reinvestment—looks like."

A new day is dawning in New York.