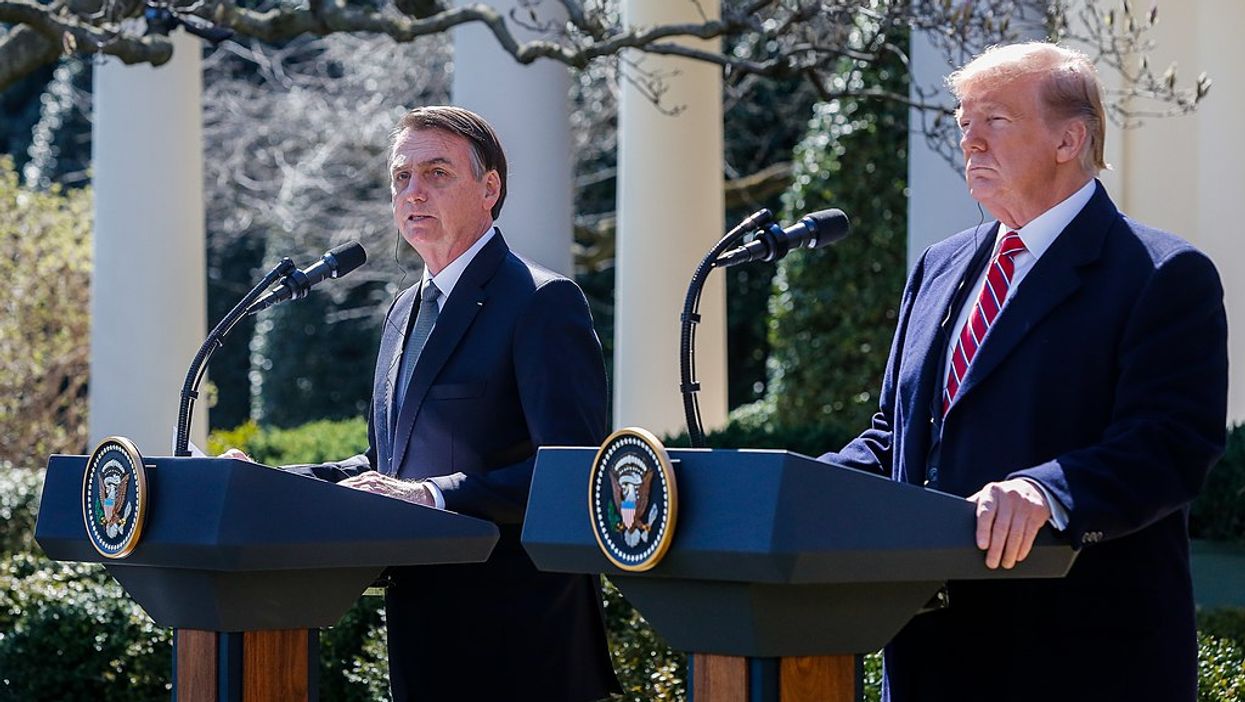 Folha de São Paulo reports Edson Fachin of the Supreme Federal Tribunal ruled that da Silva—commonly called "Lula"—should not have been prosecuted in the city of Curitiba for alleged corruption in the infamous Operation Car Wash scandal. Fachin's ruling was not an acquittal. The justice warned da Silva could still be tried in the capital Brasília if prosecutors there decide to pursue one of the three other corruption cases in which no verdicts have yet been reached.

In a statement, da Silva's lawyers blasted the "incompetence" and "lawfare" of the Curitiba federal court and the "irreparable damage" caused by Sergio Moro, a judge in the case who allegedly colluded with prosecutors and would later serve as Bolsonaro's justice minister until a falling out with the president led to his firing last April.

Da Silva greeted Monday's news by tweeting that "the decision today affirms the inompetence of the Curitiba federal court and recognizes that we have always been right in this long legal battle."

The restoration of da Silva's political rights means he is likely to run against Bolsonaro in next year's election. "Lula is back in the game," declared the leading Brazilian financial daily Valor Econômico.

"The election starts today," Brazilian journalist Thomas Traumann told The Guardian. "It's virtually impossible Lula won't be a candidate. In American terms, it's going to be like [Bernie] Sanders versus [Donald] Trump."

Bolsonaro is a far-right bigot and misogynist who is a climate change and coronavirus skeptic and has praised Brazil's former U.S.-backed dictatorship, under which both da Silva and his successor Dilma Rousseff were jailed. Rousseff was tortured.

Da Silva, a member of the leftist Workers' Party who served as president from 2003 to 2011, is a former labor organizer and an icon of the Brazilian left adored by millions of his compatriots for his lifelong advocacy for the poor, workers, minorities, and rural and Indigenous people. As president, he lifted millions of Brazilians from poverty through sweeping social programs including Fome Zero (Zero Hunger) and Bolsa Familia (Family Allowance), while presiding over Brazil's rise into the top tier of world economies.

However, da Silva's focus on social uplift at the expense of the oligarchy earned him powerful enemies at home, and his solidarity with leftist Latin American leaders and opposition to U.S. imperialism roiled Washington and Wall Street.

Da Silva, who served 580 days behind bars after he was sentenced to over 12 years' imprisonment for Car Wash-related corruption, was released from prison in November 2019 after the Supreme Court found his incarceration unlawful. Both da Silva and Rousseff—who in 2016 was impeached and forced to resign over the scandal—maintain their innocence and accuse right-wing adversaries of perpetrating a political coup.