'We're tired of it': Lindsey Graham accuses Biden of playing 'the race card' 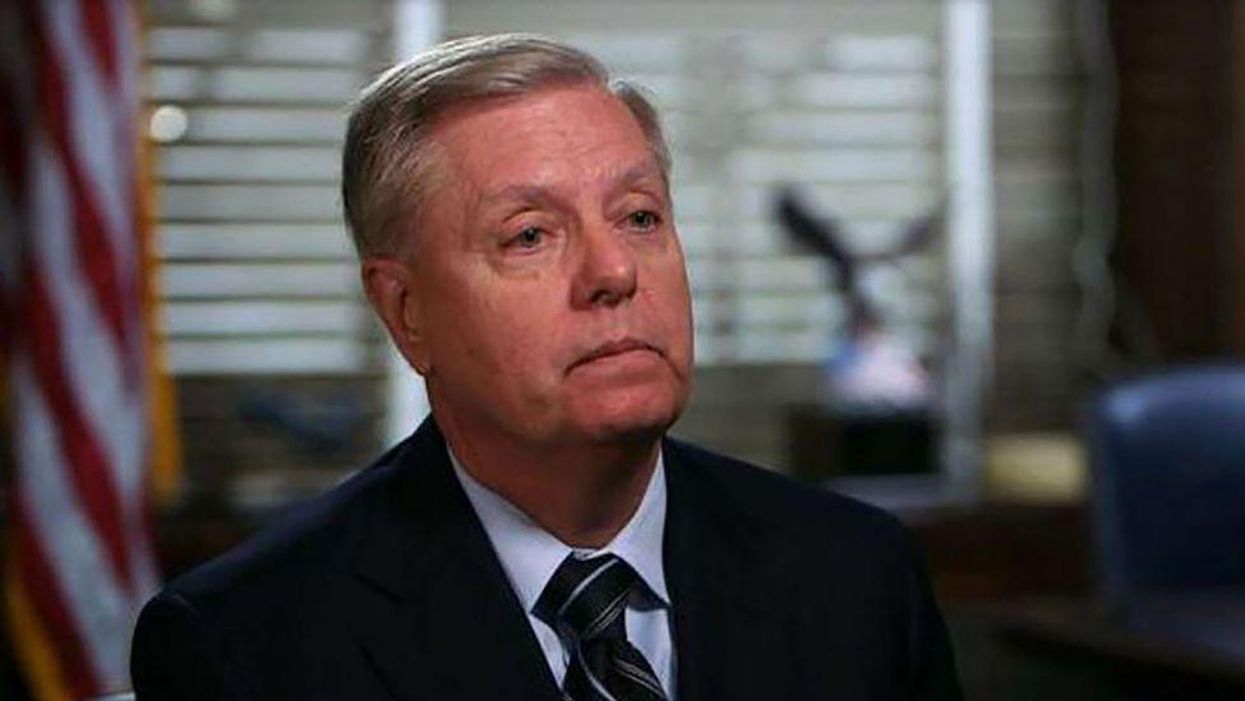 Sen. Lindsey Graham seemed to have quite a lot to say on Sunday about President Joe Biden's stance against restrictive voting rights bills like one quickly passed by Georgia's majority-Republican Legislature and signed into law. When taken to task nationally over proposed legislation to ban no-excuse absentee voting and restrict voting on the weekends, GOP lawmakers abandoned those elements not for naught though. Instead, Republicans quietly turned a two-page bill to make sure eligible voters didn't repeatedly receive absentee ballot applications into what Georgia Democrats called "a 93-page voter suppression omnibus bill." Atlanta Journal-Constitution reporter Greg Bluestein tweeted that the recently passed policy works to "restrict drop boxes, require voter ID for mail-in ballots and gives the Republican-controlled Legislature more authority over local elections officials." The president called the new Georgia law and similar efforts "un-American" and "sick" at his press conference on Thursday, he dubbed the suppressive legislative push "Jim Crow in the 21st Century" in a statement on Friday.

When asked by "Fox News Sunday" host Chris Wallace if Republicans were going too far, Graham responded: "You know what's sick is that the president of the United States to play the race card continuously in such a hypocritical way. He said the fillibuster was a relic of the Jim Crow era." And Biden's not wrong.

Senate Republicans have used the filibuster, an operational instrument requiring 60 votes instead of a simple majority to stall or block a vote, to delay civil rights legislation for decades. "It's been a tool used overwhelmingly by racists," Princeton University race historian Kevin Kruse told Vox magazine. Sen. Harry Reid told the magazine that a modern version of filibuster rules originally unassociated with race was used "consistently" to block civil rights bills.

The filibuster is similarly being used today to block voting rights legislation. In response, Democrats have called for an end to the filibuster, which would otherwise be subject to the limitations of another Senate procedure known as cloture. The Senate defines that tool as "the only procedure by which the Senate can vote to place a time limit on consideration of a bill or other matter, and thereby overcome a filibuster." "When people talk about ending the filibuster, what they really mean is reinterpreting Senate rules around cloture so that legislation could pass by a simple majority instead of being held up by a minority," CNN reported.

Biden had earlier refrained from calling for an end to the filibuster, opting instead for a return to a talking filibuster, in which senators "had to stand up and command the floor, you had to keep talking," the president told ABC News. He signaled at the presser last week that for legislation about rights as fundamental to the democracy as voting, he'd be willing to "go beyond" his fight for a talking filibuster.

Graham seemed to interpret the president's remarks as hypocrisy serving what Graham deemed a "sick" legislative effort in the For the People Act, also known as HR 1.

"So every time a Republican does anything, we're a racist," Graham said. "If you're a white conservative, you're a racist. If you're a Black Republican you're either a prop or a uncle Tom. They use the racism card to advance a liberal agenda, and we're tired of it. HR 1 is sick, not what they're doing in Georgia."

In the same interview, however, Graham acknowledged how ridiculous the Georgia law is, which also makes it a crime to give voters standing in line food or water. "Well, we uh, all I can say is that that doesn't make a whole lot of sense to me," Graham said.

"That doesn't make a whole lot of sense to me" -- even Lindsey Graham can't defend Georgia Republicans making it a… https://t.co/FmrPLOtnzy
— Aaron Rupar (@Aaron Rupar)1616939580.0

The For the People Act, which passed in the House and was introduced in the Senate earlier this month, is aimed at driving out state efforts to undermine voter protections. It would require states to allow automatic voter registration when residents for example get driver's licenses or other services through the Department of Motor Vehicles. It would also "end congressional gerrymandering, overhaul federal campaign finance laws, increase safeguards against foreign interference, (and) strengthen government ethics rules," according to the policy institute, the Brennen Center for Justice.

Georgia Democrat Stacey Abrams has been tirelessly pushing the legislation as a response to more than 250 legislative bills aiming to peel back voting rights across the country. "Now more than ever, we need federal action to protect voting rights as we continue to fight against these blatantly unconstitutional efforts that are nothing less than Jim Crow 2.0," she tweeted on Thursday.