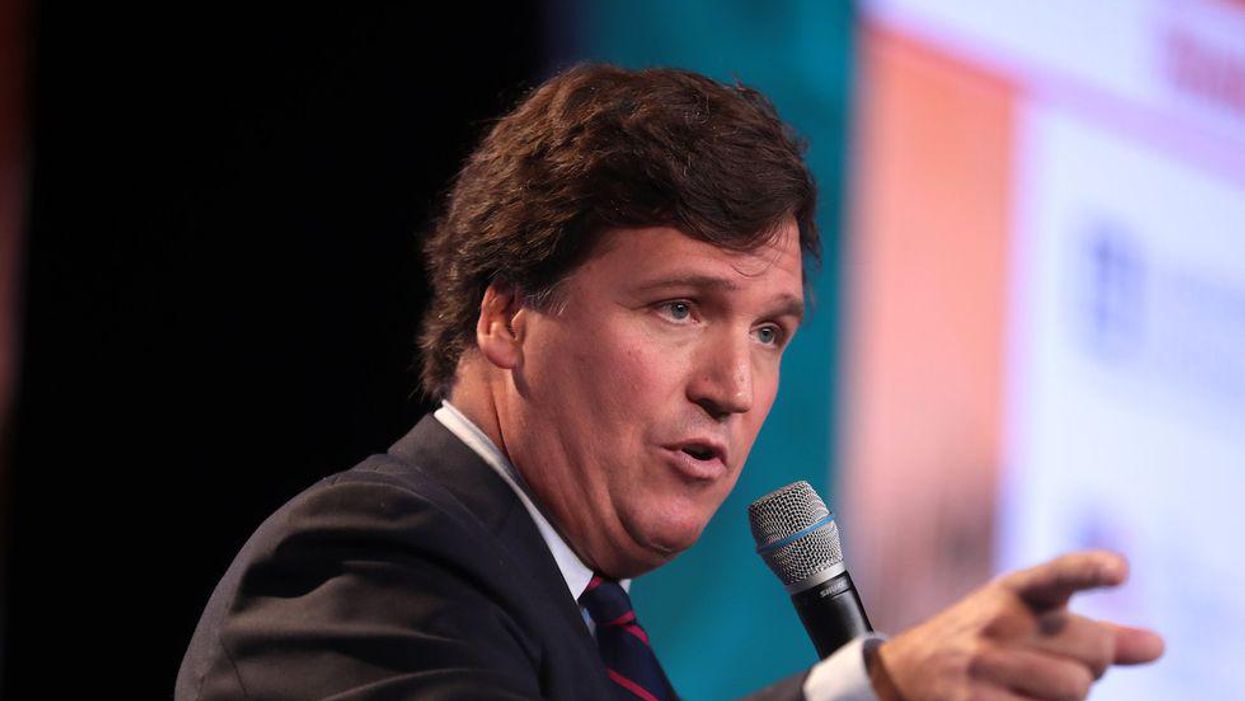 Judge Rosemarie Aquilina sentenced a Michigan restaurant owner to jail Friday for flagrantly violating state health laws regarding the COVID-19 pandemic. That came less than 48 after Fox News agitator Tucker Carlson had tried to make the defendant one of his endless tales of national grievance.

Aquilina threw Holland, Mich. restaurateur Marlena Pavlos-Hackney in jail Friday after a raucous hearing. Aquilina ruled that Pavlos Hackney will remain in jail until the state is assured her restaurant -- Marlena's Bistro and Pizzeria -- is closed and she pays a $7,500 fine, the Detroit News reported.

Pavlos-Hackney has become a cause celebre among Michigan Republicans since the state took away her license for refusing to comply with even the most basic COVID-19 mitigation measures. The restaurant stayed open during a state shutdown and refused to follow mask requirements, seating limits or other social-distancing rules, according to various published reports. Also, Pavlos-Hackney was charged with contempt in court for failing to show up when ordered.

Pavlos-Hackney has been openly defiant of authorities, proclaiming "they can arrest me" and appearing on Carlson's show Thursday and others (including Glenn Beck's "The Blaze") to complain that Michigan "was acting like the Communist state (Poland) I escaped from."

But Friday in Aquilina's court, it was the judge who was making the best sound bites in dressing down the defendant:

"We're in the midst of a pandemic," Aquilina said. "You have selfishly not followed the orders. You've not followed them for your own financial gain and apparently for the publicity that comes with it."

"Aquilina threatened supporters in the courtroom with contempt of court when they made noise during the court hearing. The judge gaveled down Pavlos-Hackney when the restaurant owner tried to interrupt the judge. "This isn't Burger King," Aquilina said. "When the sign changes to Burger King, you can have it your way."

"After the hearing, two supporters of Pavlos-Hackney stood outside the courthouse with bullhorns, calling Aquilina a "tyrant judge."

But Friday, Aquilina spoke with the assurance of a celebrity judge. She had drawn widespread recognition in 2018 in presiding over the USA Gymnastics sex abuse scandal case involving team doctor Larry Nassar. Here's how BBC.com reported it:

"The judge who has sentenced disgraced USA gymnastics team doctor Larry Nassar has given a voice to over 150 women who chose to confront their abuser face-to-face.

"'I just signed your death warrant," Aquilina said as she told him he would serve up to 175 years. She listened patiently as survivors shared their stories of abuse during the multi-day-long sentencing. At times acting as more of a therapist than a judge, the 59-year-old did not hide her empathy for the women.

"'Leave your pain here," she said.

"She said she had received media requests from around the world but insisted the story was not about her."

Aquilina, first elected as a judge in 2004, had previously "become the first female Judge Advocate General (JAG) in the Michigan Army National Guard where she earned the nickname "Barracuda Aquilina," the BBC reported.

She had not lost her bite as of Friday, as the News reported:

"During Friday's hearing, Aquilina also ordered a man attempting to represent Pavlos-Hackney as "assistance of counsel" to be arrested for contempt of court because he allegedly had represented himself as a lawyer when he was not licensed to practice. Richard Martin, who described himself as a constitutional lawyer and is the founder of the Constitutional Law Group, was ordered to serve 93 days in jail.

Not having been allowed the legal services of non-lawyer Martin was among the grievances spouted by Pavlos-Hackney during media interviews.

The News reported that "Pavlos-Hackney is believed to be the first restaurant owner in Michigan to be arrested for non-compliance with COVID-19 orders, according to Attorney General Dana Nessel's office. Others have complied after receiving court orders."

Carlson had criticized Michigan's "out of control" Attorney General Dana Nessel, consistent with messaging of the Michigan GOP, as reported by the News.

"The Michigan Republican Party criticized Nessel's office for arresting the restaurant owner while refusing to investigate COVID-19 nursing home deaths in Michigan. About 35% of all COVID deaths have occurred among nursing home residents and employees.

"Nessel is eager to spend taxpayer-funded resources going after small business owners trying to stave off bankruptcy but refuses to investigate the deaths of thousands of nursing home residents potentially caused by policies implemented by her political-ally Gretchen Whitmer," GOP spokesman Ted Goodman said in a Friday statement.

"It's a massive abuse of power and shows what her priorities are."

Notably, the Republicans' political attack was void of any substantive defense of Pavlos-Hackney's inalienable right to spread infectious disease. Here's what Nessel's office had stated on that front:

"Michigan Department of Agriculture and Rural Development suspended Marlena's food establishment license on January 20, 2021. The restaurant has been operating without a license since then - in violation of the Michigan Food Law. An administrative hearing was held on February 1 to determine if the suspension was proper and on February 11 the Administrative Law Judge issued a decision and an order continuing the summary suspension of Marlena's food license.

"This owner has continued to willfully violate the state's food laws, public health orders and the order of the court - a dangerous act that may have exposed dozens of diners and employees to the virus following the discovery that one of Marlena's customers tested positive for the virus within two days of eating there."

There was a small gathering of supporting protesting on behalf of the jailed restaurateur Saturday. Neither that, nor Tucker Carlson, is likely to hold much sway with Barracuda Aquilina, however.