Wild card: The unpredictable mind of Kyrsten Sinema is key to the Democrats' agenda 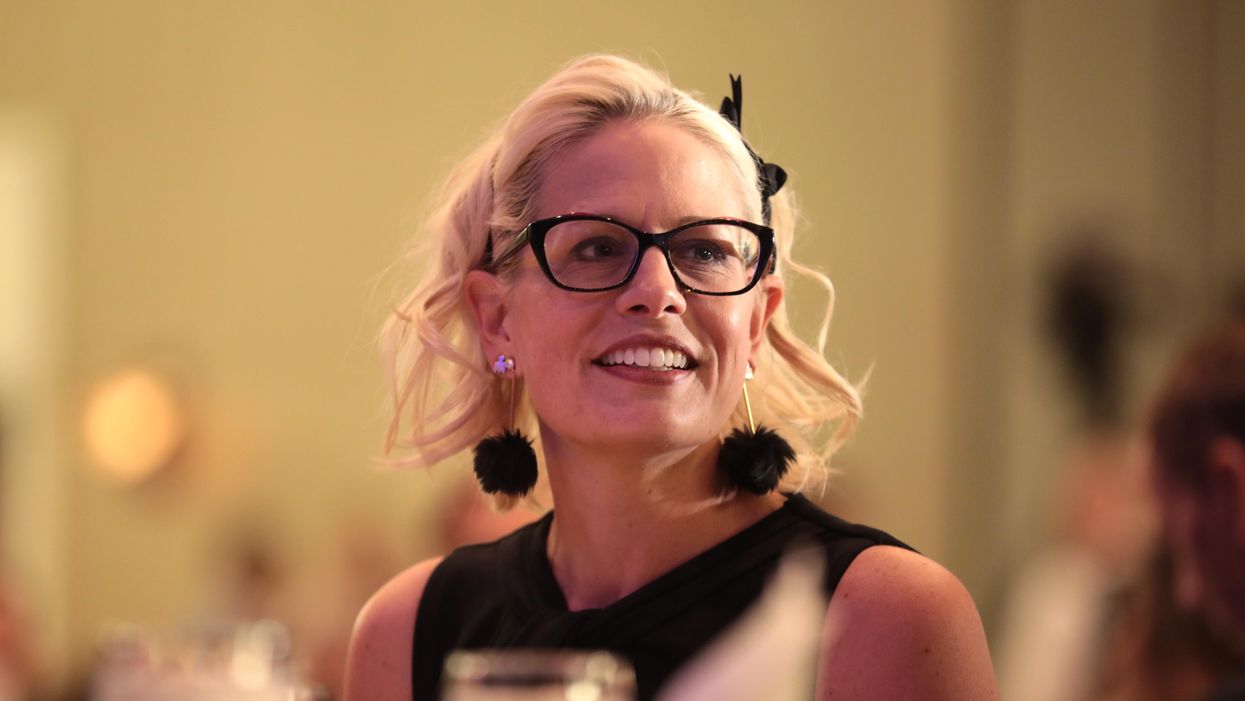 Sen. Kyrsten Sinema of Arizona at the 2019 Update from Capitol Hill, hosted by the Arizona Chamber of Commerce & Industry at the Arizona Biltmore Resort in Phoenix, Gage Skidmore
Alex Henderson
March 22, 2021

Democratic Sen. Kyrsten Sinema has turned out to be a major wild card in the U.S. Senate, often joining her party on key votes but making it clear she will vote with Republicans when she believes it is appropriate. And journalist Melanie Mason, in an article published by the Los Angeles Times on March 22, stresses that Sinema can make or make or break Democratic legislation.

"In an evenly divided Senate where a single Democratic defection can upend President Biden's agenda, Sinema, along with West Virginia's Joe Manchin and a handful of other moderate members, has emerged with outsize influence," Mason explains.

The 44-year-old Sinema, who served in the Arizona House of Representatives from 2005-2011 and the U.S. House of Representatives from 2013-2019, sent shock waves through the political world when she defeated Republican Martha McSally in Arizona's 2018 U.S. Senate race. For many years, Arizona was a deep red state associated with the conservative Republican politics of Sen. Barry Goldwater and later, Sen. John McCain — and Sinema's victory underscored Arizona's transition from red state to swing state.

But Sinema is by no means a staunch progressive. The Arizona senator, who has exalted McCain as her hero, is liberal on social issues but is quite centrist economically. Sinema is the type of Democrat who would fit in with some of Europe's conservative parties, including the Labour Party in the U.K.

Senator John McCain taught us to always assume the best in others, to seek compromise instead of sowing division, a… https://t.co/kLX9UYCTiy
— Kyrsten Sinema (@Kyrsten Sinema)1566770234.0

"Sinema, 44, defies easy characterization," Mason explains. "She is known for bold fashion choices — she has worn candy-colored wigs to make up for missed dye jobs at the salon during the pandemic — and punishing workout regimens: She has competed in the Ironman triathlon and teaches cycling classes. A lawyer and social worker by training, she earned a PhD while running for Congress and still teaches classes at Arizona State University. Despite being relatively new to the partisan-gridlocked Senate, she evokes the chamber's bygone days of cross-party cooperation."

Sinema recently frustrated progressive Democrats when she opposed including a $15-per-hour minimum wage in the American Rescue Plan Act of 2021, a $1.9 trillion COVID-19 relief package. But the Tucson native voted against Justice Amy Coney Barrett's confirmation to the U.S. Supreme Court, and she voted "guilty" in both of former President Donald Trump's two impeachment trials.

Sinema told the Times, "It's easy — and too often, expected — for elected leaders to line up on either side of a partisan battle. What's harder is getting out of our comfort zones and building bipartisan coalitions that get things done for everyday Americans — and that is the approach I promised Arizonans I will use."

But Arizona resident Laura Terech, who canvassed for Sinema in 2018, fears that she will alienate the Democratic base.

"I realize this is a moderate state," Terech told the Times. "She needs to be able to go to doors and say, 'I've only voted with Democrats 72% of the time. But I'm not sure who she thinks is going to knock on those doors if she alienates her base."