Kris Kobach claimed his product would 'kill COVID' and bring jobs back to Kansas. An investigation found 'no evidence' that's true 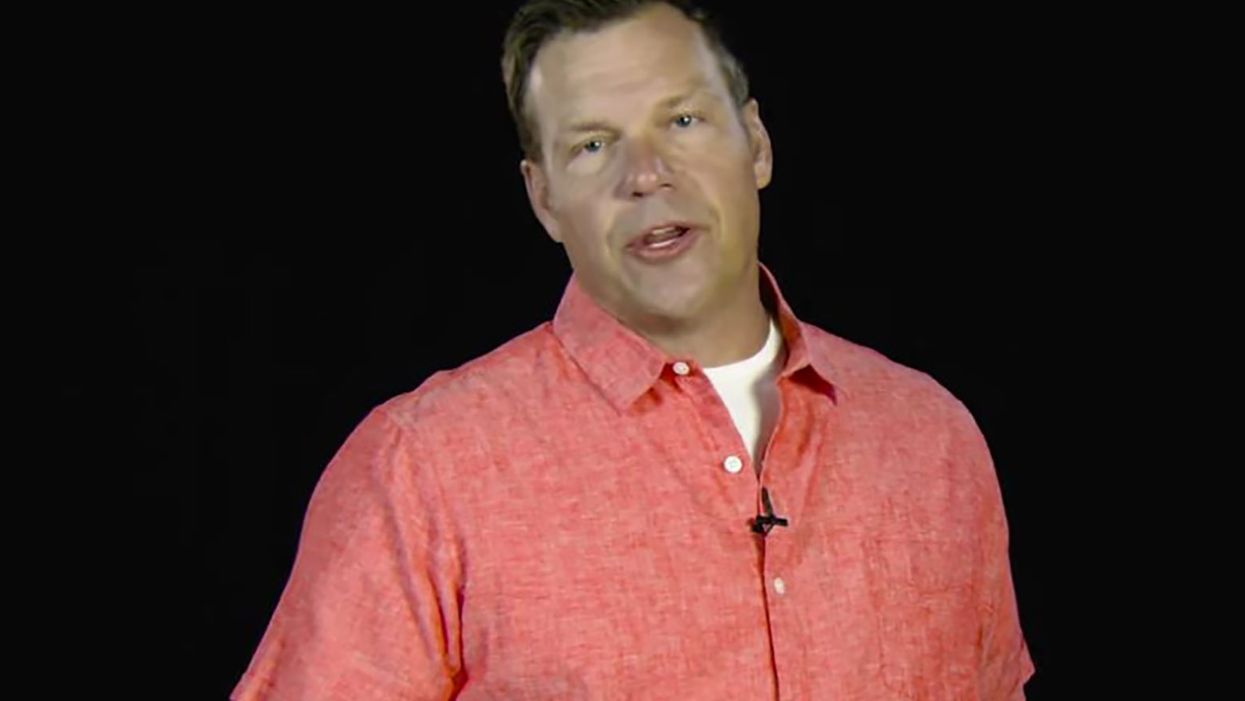 Back in October, far-right Republican Kris Kobach — Kansas' former secretary of state and a "birther" who promoted the racist conspiracy theory that President Barack Obama wasn't really born in the United States — promoted a device he claimed would fight COVID-19. But a two-month investigation by the Columbia Journalism Review, according to the Kansas Reflector, showed nothing to verify Kobach's claims.

Kobach, along with his business partner, Daniel Drake — the CEO of MoJack Distributors in Wichita — made a sales pitch to Kansas legislators in October. Drake described the product as a "revolutionary" device that would "kill COVID" and claimed it would bring "several hundred jobs back to Wichita."

Kobach told Kansas legislators, "This stuff is very cutting-edge," saying that he wanted to give them the "first bite at the apple" and noting that the product was part of a new line called Sarus System.

"The former, controversial secretary of state and his new business partner made sweeping claims before the (Kansas) Legislature about the efficacy of Sarus Systems' products, but experts say the claims were misleading," Kansas Reflector reporters Jeremy Fassler and Nia Yancopoulos explain. "After a two-month investigation, Columbia Journalism School was unable to verify the vast majority of their statements."

Fassler and Yancopoulos continue, "There is no evidence Sarus Systems has made material steps toward rehoming hundreds of jobs to Kansas, and shipping records show products are currently being manufactured in China. There is also scant evidence their machines, or ozone in general, can safely eliminate SARS-CoV-2, the virus that causes COVID-19. And while the pair have hyped the products' popularity, claiming a three-month backlog and international interest, we were unable to verify any purchases — from the State of Kansas or otherwise."

In October 2020, Fassler and Yancopoulos note, Drake claimed that his product did more to fight COVID-19 than common household cleaners — saying, "Our product actually kills COVID, SARS-CoV-2, everywhere, everywhere, it can touch. So, it kills the underneath of the desk, top of the desk, the underneath of the chair, the air in the room, the cracks and crevices in the keyboards. It does a 100% super deep clean job that even a human couldn't do."

In Kansas, Kobach is infamous not only for his birtherism, but also, for his voter suppression efforts. The former Kansas secretary of state ran for governor in 2018 but lost to centrist Democrat Laura Kelly, who is now Kansas' governor, by 5%.