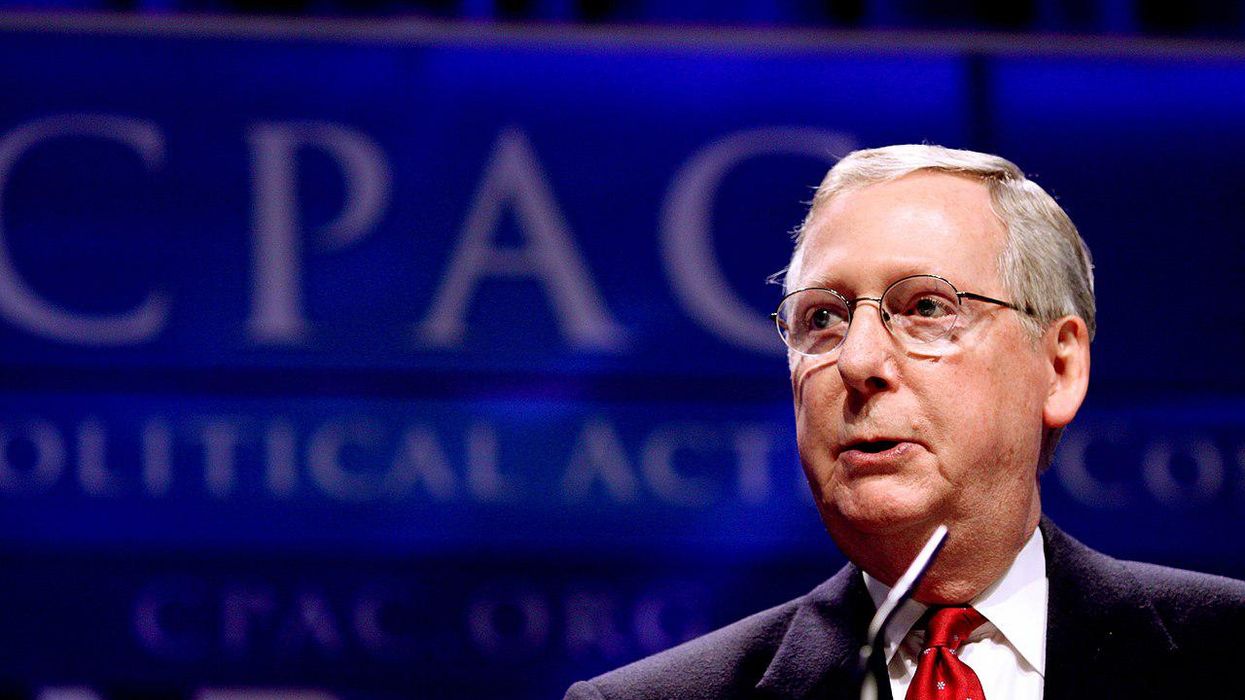 In Kentucky, Democratic Gov. Andy Beshear vetoed a bill that would restrict his ability to fill any political vacancies that come up if a U.S. senator in the state dies or retires — and this week, the Republican-controlled Kentucky Legislature overrode his veto.

The bill in question is Kentucky Senate Bill 228, which was sponsored by Republican Robert Stivers — leader of the Kentucky Senate — and enthusiastically endorsed by U.S. Senate Minority Leader Mitch McConnell.

Morgan Watkins, a reporter for the Louisville Courier Journal in Kentucky, notes that although SB 228 has "sparked speculation" that the 79-year-old McConnell "might be eyeing the exits," Stivers has said that McConnell has no plans to retire. And in Washington, D.C., there is no talk of McConnell retiring. As U.S. Senate minority leader in the Biden era, McConnell is easily the most prominent and powerful Republican on Capitol Hill — and the greatest obstacle to President Joe Biden's Build Back Better agenda.

Reporting on the provisions of SB 228, Watkins explains, "Historically, Kentucky's governor has been able to choose anyone — of any political party — to fill in temporarily if a vacancy pops up in the Senate, whether that happens by the senator's choice, expulsion or death. SB 228 changes that appointment process in key ways. Most notably, it requires the governor to pick a temporary successor who shares the same political party as the departing senator. It also makes them select that person from a list of three names provided by the executive committee of the departing senator's state party."

Kentucky State Rep. Patti Minter, a Democrat, vehemently objected to the Kentucky Legislature overriding Beshear's veto of SB 228 — saying, "It wouldn't be happening if we had a Republican governor. It's a blatant power grab, and it's something that strikes right at the heart of what people dislike about the political system."

But even though Kentucky has a Democratic governor, it is still a deep red state. Republicans dominate the Kentucky Legislature — giving them the numbers required to override Beshear's veto — and both of Kentucky's U.S. senators, McConnell and Sen. Rand Paul (son of libertarian and former U.S. Rep. Ron Paul of Texas), are Republicans.

McConnell, who was first elected to the U.S. Senate in 1984, was reelected by a landslide in 2020 when he defeated centrist Democratic challenger Amy McGrath by 19%.
From Your Site Articles
Related Articles Around the Web
Report typos and corrections to: feedback@alternet.org.
#story_page_post_article