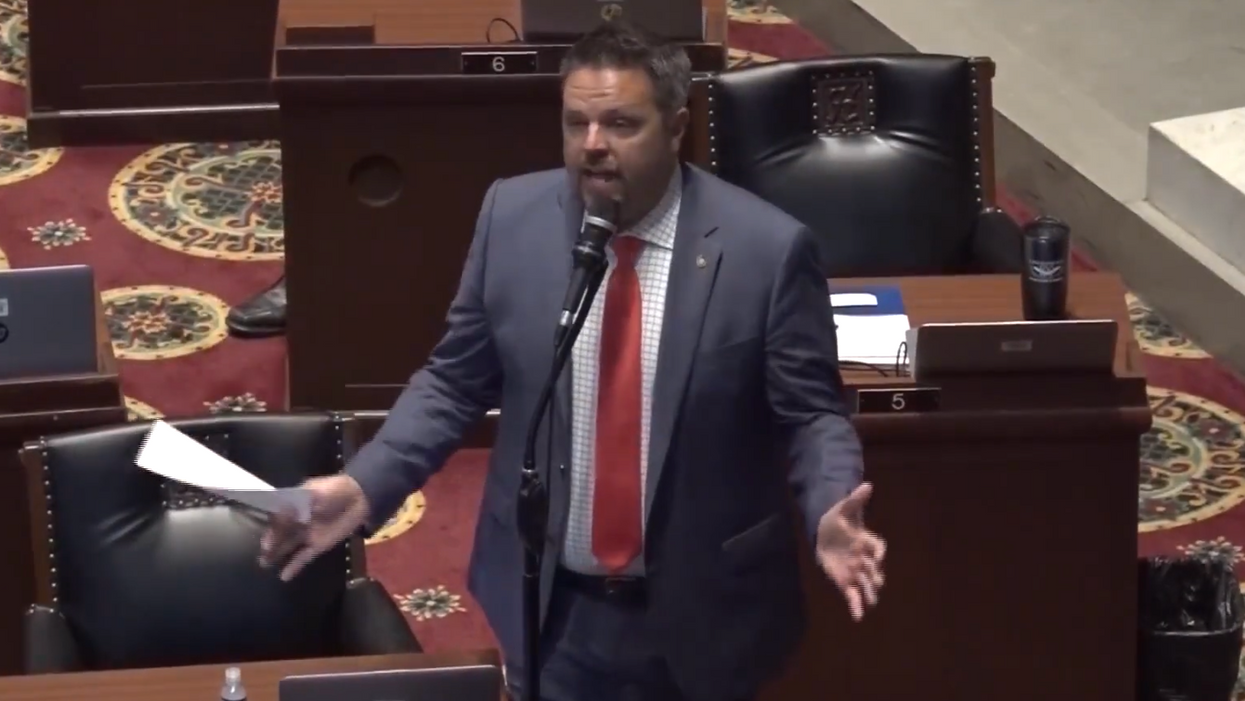 In Missouri, Republicans in the state legislature have rejected Medicaid expansion at a time when the medical community is still battling the deadly COVID-19 pandemic — and the Kansas City's editorial board, in a blistering editorial published on March 31, slams them for being so clueless.

In 2020, Missouri residents voted in favor of Medicaid expansion. But this week, Missouri State Rep. Justin Hill, a far-right Republican, declared that he would defy the will of Missouri's voters for their own good.

"Even though my constituents voted for this lie," Hill told fellow lawmakers, "I'm going to protect them. I am proud to stand against the will of the people."

The Kansas City Star's editorial board slams Hill for that remark but argues that he is hardly the only clueless Republican in the Missouri State Legislature when it comes to Medicaid expansion.

"The competition for the looniest argument against expanding Medicaid in Missouri was stiff Tuesday, but state Rep. Justin Hill, a Republican, took the prize," the Star's editorial board argues. "Hill, from Lake St. Louis, wandered away from the outer edges of sanity some time ago. He skipped his own swearing-in to attend the insurrectionist rally in Washington, D.C., on January 6. He has repeatedly questioned the results of the 2020 presidential election…. Tuesday, during the House debate on Medicaid expansion, Hill slapped his voters in the face."

The editorial board adds that Hill "has lots of company in his hatred for voters," noting that "most of his Republican colleagues" in the Missouri House of Representatives "resisted logic, compassion, respect for the law and the people of the state by turning down amendments that would put expanded Medicaid into the state's budget." One of those Missouri state representatives described Medicaid expansion as "a slow march to socialism."

"Business people, social workers and others stood on the floor repeating the facts: Missouri has more than enough money to extend health insurance coverage to the working poor," the Star's editorial board explains. "Expanding Medicaid will actually bring more money into the state."

The Star's editorial board ends their editorial on a scathing note, pointing out the hypocrisy of Missouri Republicans who oppose Medicaid expansion wouldn't vote to have their own taxpayer-funded health care taken away.

"At one point Tuesday, an amendment was offered to end taxpayer-supported health insurance for members of the (Missouri) General Assembly until Medicaid is expanded," the editorial board notes. "It lost, of course. Health care for lawmakers is essential. For you, it's a slow march to socialism."