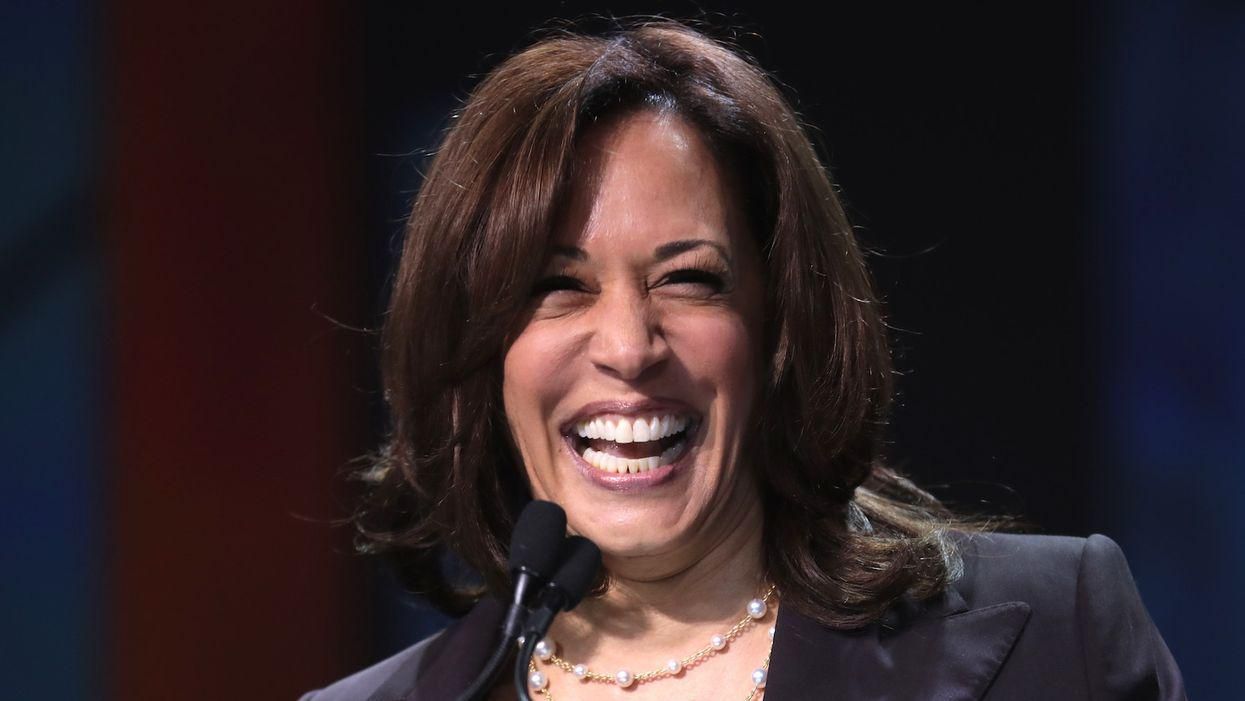 Fox News is taking fire from military experts after the conservative media outlet and some of its strongest allies attacked Vice President Kamala Harris for not saluting members of the U.S. Military. As experts explained, Harris is not a member of the military nor in the chain of command, and it would be inappropriate for her to do so. It would also signal a weakening of civilian control.

Tom Nichols, a professor at the U.S. Naval War College who formerly was a fellow at the John F. Kennedy School of Government at Harvard University, slammed Fox News, saying it would be "incorrect" for her to salute, and they know they're wrong.

The Commander in Chief returns salutes as a matter of courtesy (a practice started by Reagan), but the VP is a civi… https://t.co/XLyF86UYIl
— Tom Nichols (@Tom Nichols)1616557098.0

Task & Purpose, a military news site reported on the "conflict" before Fox News did, concluding, "there is no requirement that the President or Vice President of the United States return a salute."

But a veteran speaking to The Chicago Tribune back in 2015 went even further.

"In the military, saluting is a part of ceremony and it's very prescriptive. If you're not in uniform, you can't salute," Eric Potter, a 32-year veteran of the military said.

"Saluting soldiers is not a recommended way to honor current or former members of the Armed Forces," the editorial team at Aircraft Compare wrote. "Even members of the Armed Forces do not salute when out of uniform. A salute is part of the official protocols that active soldiers follow. Outside official duties, the military salute is rarely displayed."

Meanwhile, Fox News host Sean Hannity "reported" on the "scandal" on his own site:

Former NYC "top cop," and convicted felon Bernie Kerik, who served in the U.S. Army and should know better, called not saluting "disgraceful."

DISGRACEFUL: @VP Kamala Harris refuses to salute the honor guard at the steps of the aircraft. It is a clear demons… https://t.co/LjIRE0EhBw
— Bernard B. Kerik (@Bernard B. Kerik)1616465313.0

No president (or vice president) saluted the military before Reagan. Not Grant. Not Ike. Nobody. The president's a… https://t.co/qzGgKnufOQ
— Jonathan Ladd (@Jonathan Ladd)1616546306.0

The VP is not in the chain of command and even the president saluting isn't technically a thing and something adopt… https://t.co/FzqOkiEBoH
— Steve Beynon (@Steve Beynon)1616507974.0