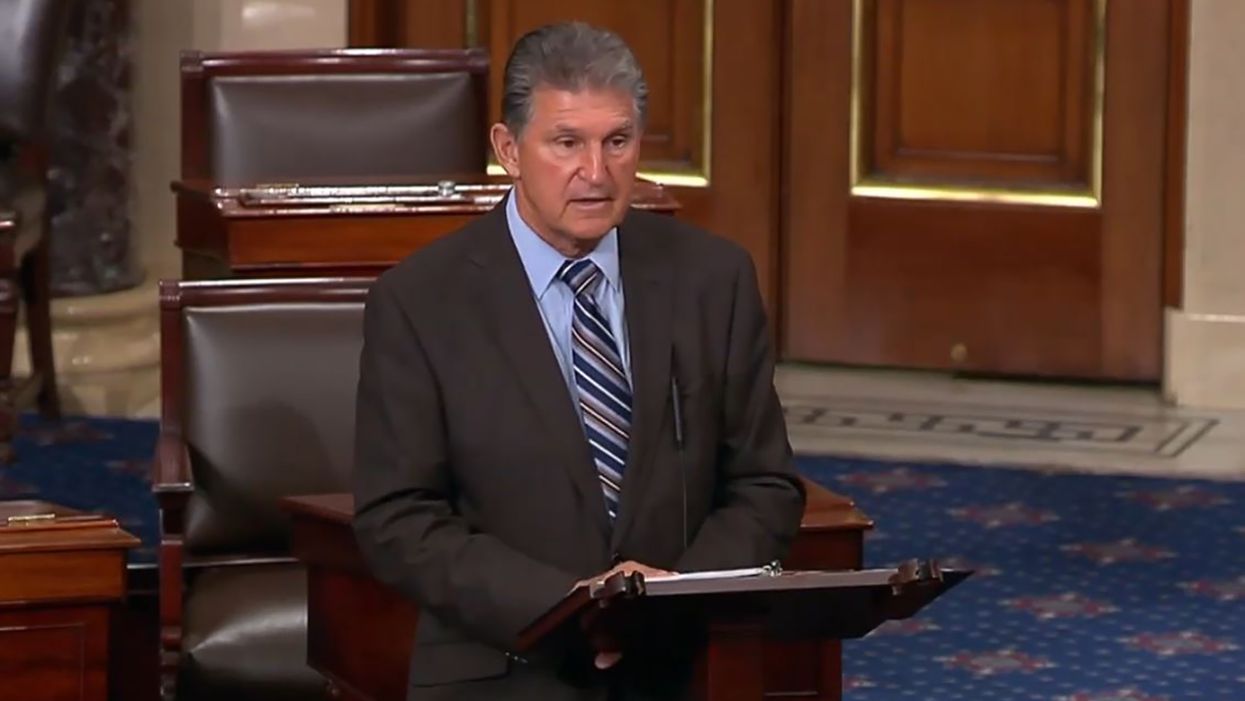 Sen. Joe Manchin of West Virginia and other conservative members of the Senate Democratic caucus are reportedly pressing for changes to the emerging coronavirus relief legislation that would cut the bill's proposed weekly unemployment supplement and further restrict eligibility for $1,400 direct payments.

The $1.9 trillion relief measure approved by the House of Representatives late last week proposes extending emergency unemployment insurance (UI) programs through the end of August with a weekly federal supplement of $400, up from the current $300-per-week boost that is set to begin expiring on March 14.

But as Roll Call reported late Monday after conservative Democrats met virtually with President Joe Biden to discuss the relief package, Manchin "said he'd prefer to see a $300 benefit in response to criticism that some laid-off workers could end up making more money on unemployment than they would on the job"—a right-wing talking point that Republicans have deployed in their efforts to slash UI benefits.

According to the Washington Post, Manchin and other conservative Democrats also pitched "tightening income eligibility for the $1,400 stimulus payments," a demand that House Democrats rejected in their legislation.

The House-passed relief bill calls for sending full $1,400 payments to individuals earning up to $75,000 per year and married couples earning up to $150,000 per year, with the payments gradually phasing out thereafter—an eligibility structure that resembles the one used for the previous two rounds of checks.

Despite warnings that doing so would be politically "suicidal," Biden has previously said he would be open to lowering the income cutoff for the direct payments.

Noting that progressive lawmakers are already furious over Senate Democrats' plans to move forward with a relief bill that excludes a minimum wage increase—pointing to the parliamentarian's advisory ruling against the provision—economist Arindrajit Dube cautioned that slashing UI benefits or imposing additional restrictions on eligibility for direct relief payments would "cause a full blown revolt from progressives."

House Democrats, who did not have to contend with the Senate's so-called Byrd Rule, included a provision to increase the federal minimum wage to $15 an hour by 2025 in their relief bill.

Rep. Pramila Jayapal (D-Wash.), chair of the Congressional Progressive Caucus, warned late Monday that "further 'targeting' or 'tightening' eligibility means taking survival checks away from millions of families who got them last time."