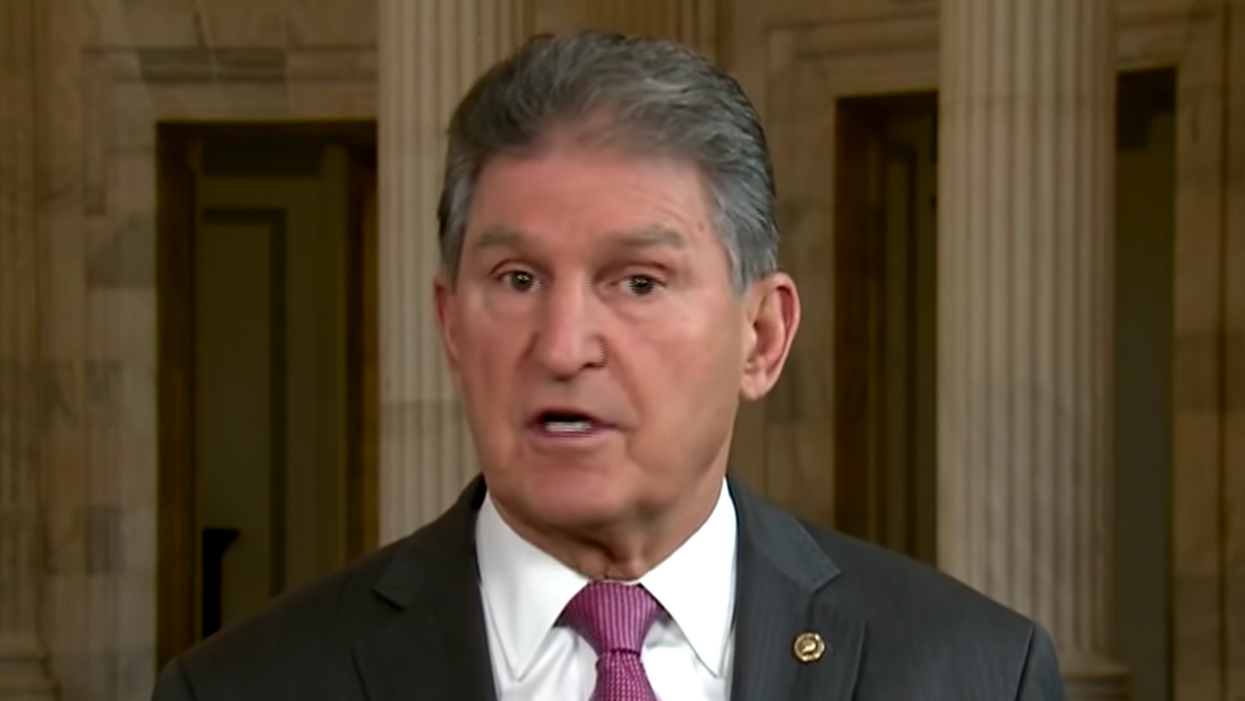 Having cleared its first major legislative hurdle with the coronavirus pandemic relief package that President Joe Biden signed into law earlier this month, his administration is now hard at work on a long-awaited infrastructure plan—but progressive advocacy groups responded critically on Monday to reporting about the legislation's possible $3 trillion price tag, warning it is not enough.

The Biden team's infrastructure proposal signals what the climate justice movement has been saying for decades: to stop climate change, we need to scale up public investments to create millions of good jobs, build up our renewable infrastructure, and take care of our communities," said Ellen Sciales, press secretary of the Sunrise Movement.

"But while this recommendation would be a huge step forward, the crises we face demand at least $1 trillion per year over the next decade," Sciales continued, adding that "$3 trillion is simply not enough to create jobs in the national interest, combat the climate crisis, and support working people."

People's Action Climate Justice Campaign director Kaniela Ing agreed, saying that "I'm encouraged to see President Biden driving forward his campaign promise to create millions of good jobs to tackle the climate crisis. But $3 trillion is not enough to address the scale of the overlapping crises we face."

The critique was echoed by Claire Guzdar, campaign manager and spokesperson for ProsperUS, a coalition of more than 75 progressive organizations.

"The current draft proposal of $3 trillion does not go far enough in rebuilding our broken economy and meeting the critical needs of the climate, caregiving, racial injustice, and other crises," she said. "The administration needs to be more aggressive in their economic policy proposals to make up for decades of underinvestment and debunked economic thinking that created our fragile and unequal economy."

Even Joe Manchin, who's fighting for $4 trillion, knows that $3 trillion is not enough for infrastructure @JoeBiden… https://t.co/CW8OxKGWcd
— Sunrise Movement 🌅 (@Sunrise Movement 🌅)1616443961.0

According to the New York Times, one of the outlets that reported on the two-part plan based on unnamed sources, "The first legislative piece under discussion, which some Biden officials consider more appealing to Republicans, business leaders, and many moderate Senate Democrats, would combine investments in manufacturing and advanced industries with what would be the most aggressive spending yet by the United States to reduce carbon emissions and combat climate change."

As the Times detailed:

It would spend heavily on infrastructure improvements, clean energy deployment, and the development of other "high-growth industries of the future" like 5G telecommunications. It includes money for rural broadband, advanced training for millions of workers, and one million affordable and energy-efficient housing units. Documents suggest it will include nearly $1 trillion in spending alone on the construction of roads, bridges, rail lines, ports, electric vehicle charging stations, and improvements to the electric grid and other parts of the power sector.
[...]
The second plan under discussion is focused on what many progressives call the nation's human infrastructure—students, workers, and people left on the sidelines of the job market—according to documents and people familiar with the discussions. It would spend heavily on education and on programs meant to increase the participation of women in the labor force, by helping them balance work and caregiving. It includes free community college, universal pre-K education, a national paid leave program, and efforts to reduce child care costs.

The package is expected to include $200 billion for housing infrastructure, $60 billion for green transit, and $46 billion for climate-related research and development, according to the Washington Post.

The Post added that "Biden is also expected to be presented with a menu of tax options by Treasury officials to fund the plan. Biden campaigned on raising the corporate tax rate from 21% to 28%, as well as increasing taxes on wealthy investors. It was not immediately clear which of his tax plans would be included in the final legislation."

"President Biden and his team are considering a range of potential options for how to invest in working families and reform our tax code so it rewards work, not wealth," she said. "Those conversations are ongoing, so any speculation about future economic proposals is premature and not a reflection of the White House's thinking."

Biden is moving forward with a bold infrastructure plan that tackles the climate crisis. But to give you a sense… https://t.co/lcL2tx9TVA
— Waleed Shahid (@Waleed Shahid)1616452185.0

The Sunrise Movement and People's Action both highlighted that even Sen. Joe Manchin, a conservative Democrat from West Virginia who is considered a key obstacle to advancing progressive legislation in the upper chamber narrowly controlled by his party, has called for up to $4 trillion in infrastructure spending.

"At this point, Biden should realize that if his proposal is milder than what Joe Manchin is calling for, it does not go far enough. Even Manchin called for $4 trillion in infrastructure spending," said Sciales of Sunrise. "If $3 trillion is what Biden's team lands on, they'll be neglecting what's politically and publicly popular, and what's quite frankly vital for the future of our society and our planet."

As Ing put it: "Even Sen. Manchin has expressed support for a $4 trillion recovery plan, because it is obvious that all of our communities need massive investment and structural change."

Both activists also warned against letting Republican obstruction kill or weaken the proposal.

"Biden must not cower to fears of losing bipartisanship—Republicans have already made clear they're not interested in working with Democrats—and must deliver an infrastructure package that meets the scale of this moment," said Sciales. "If Republicans or archaic Senate rules get in the way, Democrats must abolish the filibuster and deliver for the American people."

Ing declared that "this is a once-in-a-generation opportunity, so we have no choice but to plan ahead."

"Knowing the GOP will obstruct any proposal and call for even more austerity, we need to be unflinching in our values," he said. "We cannot negotiate before even entering the room. $3 trillion is a good start, but President Biden's plan must include at least $10 trillion through the next decade, as outlined in the THRIVE Agenda."

Unveiled in September by a broad grassroots coalition of labor unions, advocacy groups, and Democratic lawmakers, the THRIVE Agenda—a plan for an equitable and green economic recovery from the coronavirus pandemic—is backed by over 100 members of Congress, including Senate Majority Leader Chuck Schumer (D-N.Y.) and members of "the Squad."

"At this scale, we would build back better," Ing concluded, invoking one of Biden's campaign promises, "with over 15 million new union jobs, while enshrining climate, racial, and worker justice into federal law."