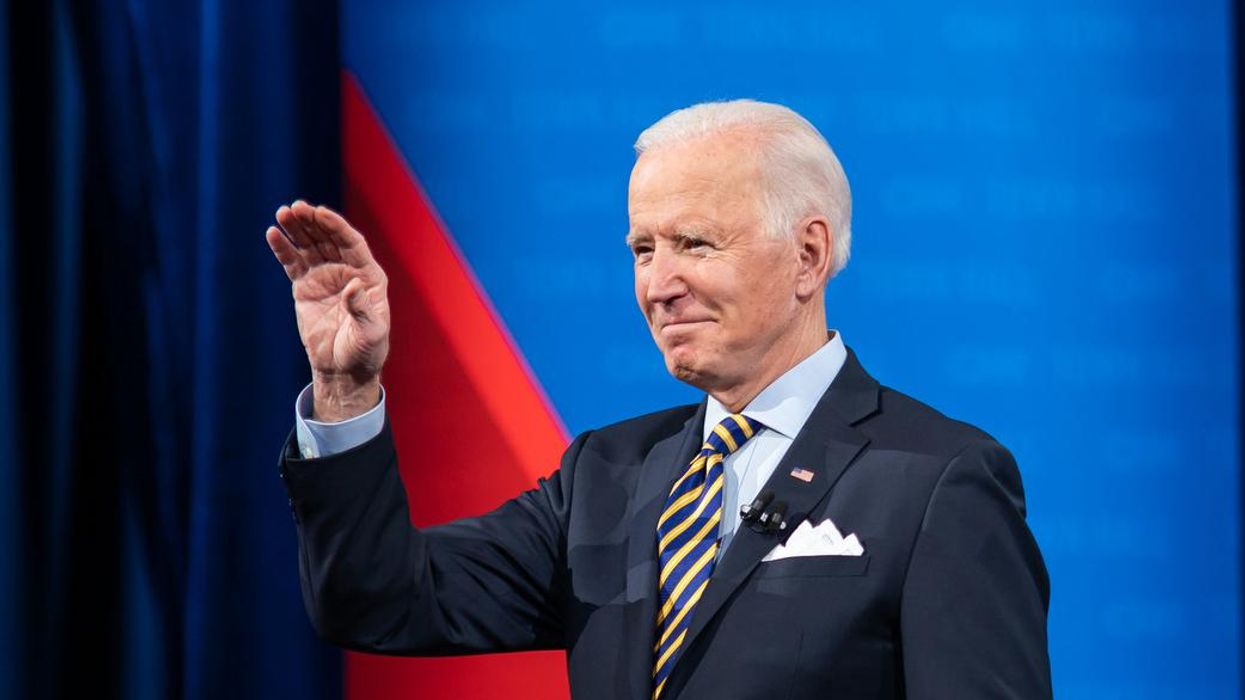 You might be tired of me talking about the American Rescue Act, which is now back to the House of Representatives and expected to pass today before going to the president's desk. But while the rest of the country is talking about Joe Biden's dog, and while the press corps is asking about the White House cat (I am, alas, quite serious), we should talk about how this legislation, the first of more to come, reflects a sea change.

Put another way, it has been conventional wisdom for decades that if you got help from the government, you had to show you deserved it by working. If you did not work, at least a little, you were undeserving of help. The government has an interest in your working, because the government has an interest in promoting productive labor, self-improvement, and in general a strong and robust national economy. A government that does not take into account deservingness is vulnerable to abuse, fraud and waste.

This conventional wisdom was so unquestioned a dozen years ago, in the aftermath of the 2008 panic, that it was downright dangerous, reputationally speaking, to suggest that maybe 40 percent of the $789 billion stimulus bill enacted in the early weeks of the Obama administration should not go to tax breaks given that tax breaks don't help people who aren't working. A better policy—and this was the dangerous part—was pitching people bales of cash. The Republicans already called any form of welfare a "government handout." Could you imagine what they'd say about an actual handout?

Resistance to the idea of direct cash payments to needy people wasn't just political. Mainstream economists and orthodox policymakers genuinely feared inflation of the kind that paralyzed the country before the era of conservative politics began. The late 1970s saw a double whammy of stagnant wages and rising prices so that it mattered less how hard you worked—you still could not get ahead. The prime objective then was crushing inflation in order to maximize employment. And for the most part, the scheme worked until the 2008 panic. By then, however, the conventional wisdom was so deeply rooted the concept of printing money for needy people was unthinkable.

In the past year, however, we have seen the United States Congress pass five rounds of stimulus spending, trillions of dollars' worth, with a sixth round on the way. The new law would set up a permanent structure by which virtually all American children would receive direct cash subsidies. We have also seen a Federal Reserve chair, Jerome Powell, flip the order of the central bank's twin mandates. When Paul Volcker was the chair, he elevated price control over full employment. He raised interest rates in the late 1970s to stop inflation. Four decades later, Powell is unconcerned with inflation, as are most mainstream economists and policymakers. He has repeatedly privileged full employment over price control. The Fed has been printing all the cash needed to prevent the economy from spilling over the edge during this time of the covid.

And no one is talking about deservingness. No one is talking about "work requirements." The very concept of "workfare" seems moldy. Sure, the Republicans in the Senate say they are worried about deficits and so on. (Rick Scott, Senator of Florida, told Bloomberg TV there will be "a reckoning.") But that's not going to hold water for the 75 percent of Americans who want the Congress to pass the American Rescue Act. That's not going to be persuasive to Americans who want the government to spend more—trillions more on things like paid sick leave and paid family leave and other income-support programs necessary in a 21st century economy. All of a sudden, the conventional wisdom that endured for decades is making way for something new. We are moving in the direction of being worthy of help by dint of being free citizens.

In a very real sense, Joe Biden's first major piece of legislation picks up where Lyndon Johnson's Great Society programs left off, according to historian Joshua Zeitz. He wrote on Twitter that critics believed that the Great Society focused too much on "'qualitative' measures—education, health care, job training, housing—intended to put people in a position to capture their share of prosperity and economic growth." Critics believed that people needed cash instead, he said. The Johnson administration eventually came around but by then the president was focused on the Vietnam War.

Compared to Johnson's Great Society programs, "the Biden relief plan poses a radical departure in liberal thought," Zeitz wrote on Tuesday. "It provides ongoing direct payments to 93 percent of families with kids, one-off cash to many more. That goes way beyond the Great Society, whose framers considered and rejected income support." In the 20th century's final quarter, Zeitz said, "Democrats had to settle for defending the important but patchwork range of Great Society programs that were never intended to counter the decline of unions, growing income and wealth inequality. Something more radical than the Great Society was unthinkable.