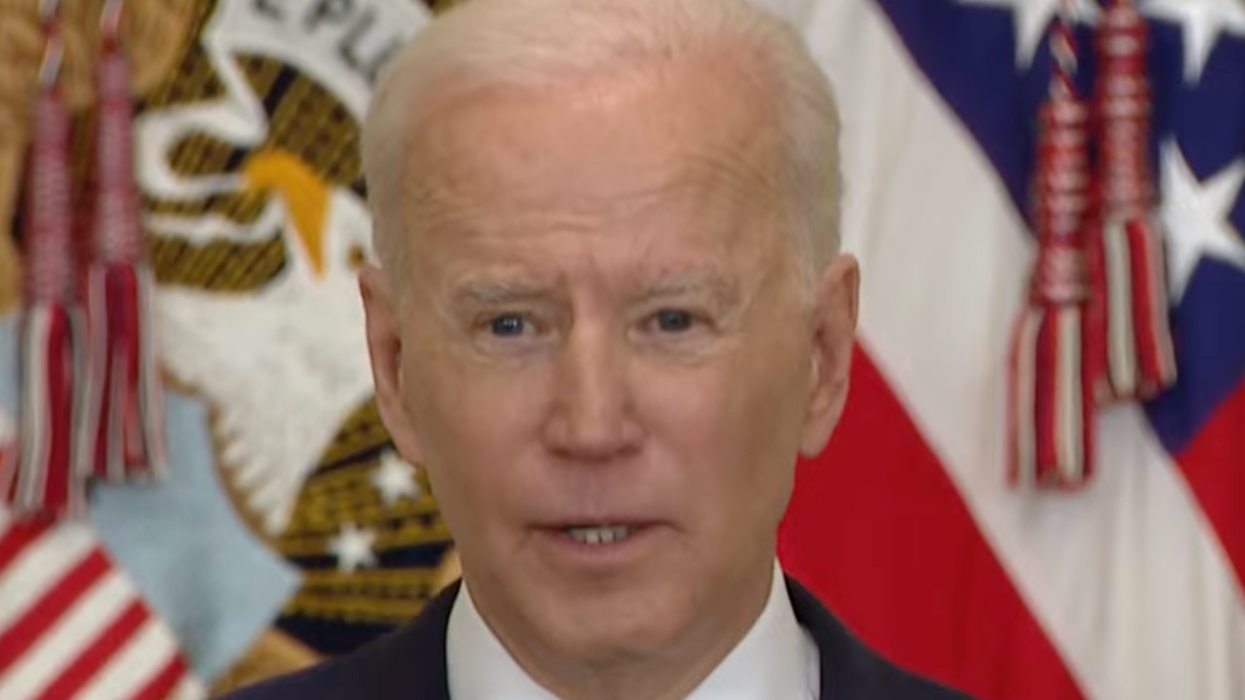 President Joe Biden was praised by progressives on Thursday after reiterating his support for returning to the talking filibuster and indicating for the first time that he is willing to go further, if necessary, to overhaul the archaic and undemocratic 60-vote rule that gives the minority party in a narrowly divided Senate considerable power to kill legislation.

During his first press conference as president, Biden noted that there were 58 filibusters between 1917 and 1971, when senators who wished to block bills were required to hold the floor and speak continuously "until you collapsed."

"Last year alone, there were five times that many," the president said. "So it's being abused in a gigantic way."

Joining a growing number of Democratic senators who support significantly weakening or outright abolishing the filibuster, Biden said last week that the modern filibuster—which can be deployed via email—has produced so much obstruction that "democracy is having a hard time functioning" and expressed his desire to bring back the talking filibuster, a significant departure from the current no-show version.

On Thursday, the president again advocated for reviving the talking filibuster. But he also added that he would have "an open mind about dealing with certain things that are just elemental to the functioning of our democracy, like the right to vote."

Those remarks were an apparent reference to overcoming the GOP's nationwide voter suppression push and corresponding opposition to the For the People Act, a popular and comprehensive set of pro-democracy reforms that passed the House earlier this month without Republican support and was introduced last week in the Senate.

Regarding his willingness to reform the filibuster to achieve his legislative goals, Biden told reporters:

I want to get things done... consistent with what we promised the American people. And in order to do that, in a 50/50 Senate, we've got to get to the place where I get 50 votes, so that the vice president of the United States can break the tie, or I get 51 votes without her.
We're going to get a lot done. And if we have to, if there's complete lockdown and chaos as a consequence of the filibuster, then we'll have to go beyond what I'm talking about.

"President Biden is refusing to let a Jim Crow relic block the results he promised to deliver. He is making clear that he knows he can be a transformational president on par with FDR if—and only if—he ends or reforms the filibuster," said Jentleson. "To achieve the goals he has identified, filibuster reform must succeed in actually breaking Washington gridlock, and allowing the public business to move forward."

The president's statement of his willingness to "go beyond" a return to the talking filibuster came after weeks of warnings from progressive advocacy groups and lawmakers that much of the Democratic agenda—including a major expansion of voting rights, sweeping labor law reform, and climate action—is destined to languish in the Senate's legislative graveyard as long as the 60-vote rule remains in place.

Jentleson called Biden's comments Thursday "an unmistakable signal that he is willing to do what it takes to end gridlock and deliver results."