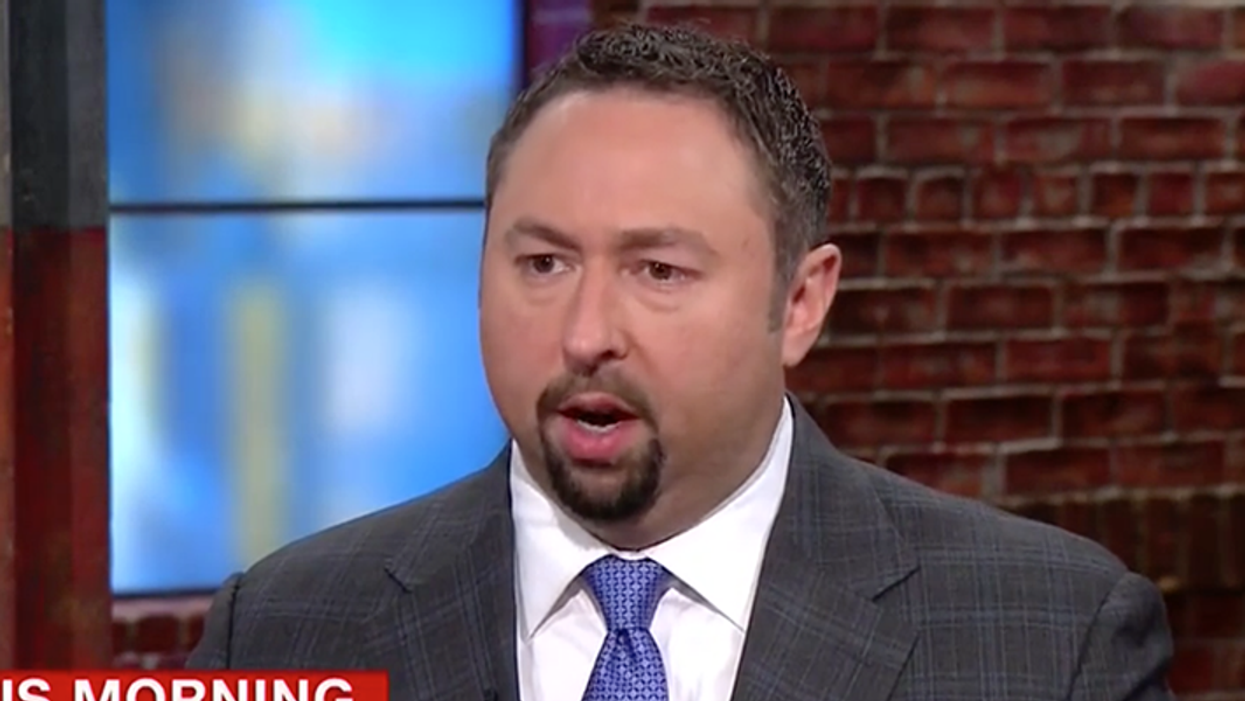 The mother of the young son of a top Trump advisor is speaking out after a bombshell report alleges he "concealed work for PR firm and misled" the "court to dodge child support" payments.

That report, published by The Guardian on Thursday revealed that top Trump advisor Jason Miller (photo) signed a "secret deal to stay with" his employer "after 'resigning' and then appeared to misrepresent [his] employment status."

According to The Guardian, Miller alleges he resigned from the PR firm Teneo, but that same day signed a contract to be paid the same amount as his base salary – half a million dollars a year – and secretly continue his work with the D.C.-based firm while then telling a court he could not afford to make child support payments because his employment status changed.

"Miller's departure from Teneo was a sham," The Guardian reports. "Previously undisclosed confidential records from inside Teneo show that on the same day Miller signed a formal 'separation agreement and general release' from Teneo, he signed a new contract with the firm, whereby Teneo agreed to secretly engage Miller as a consultant, through a hastily formed LLC, at the very same base compensation of nearly $500,000 doing the very same work."

Miller has long been tied to Trump. He was Trump's chief spokesman during the 2016 presidential campaign and transition, and was picked to become White House Communications Director but quickly resigned after his affair with another Trump campaign official, attorney A.J. Delgado, was revealed.

He served as a senior adviser to the Trump 2020 re-election campaign, and reportedly continues to serve in that role to the now-former president. He is also a contributor at the far right Newsmax TV.

Miller and Delgado have a son together, for whom he appears to be refusing to fulfill his child support obligations. Delgado has publicly and repeatedly charged him with being a "deadbeat" dad, as she did earlier today:

In a series of tweets Thursday Delgado blasted Miller, and posted the "receipts" she says prove her accusations:

Hey all, in response to Miller telling The Guardian that he takes his responsibilities seriously, he's lying. Her… https://t.co/tPdFWXKMTI
— A.J. Delgado (@A.J. Delgado)1616673538.0

Here she accused Miller of "lying to the court":

Delgado claims most of the mainstream media has ignored this story because Miller leaks to them and they value the access:

Some honest American journalists have covered it, including @DailyBeast's (formerly @Salon) @SollenbergerRC and Was… https://t.co/AjMMZm57JV
— A.J. Delgado (@A.J. Delgado)1616680725.0