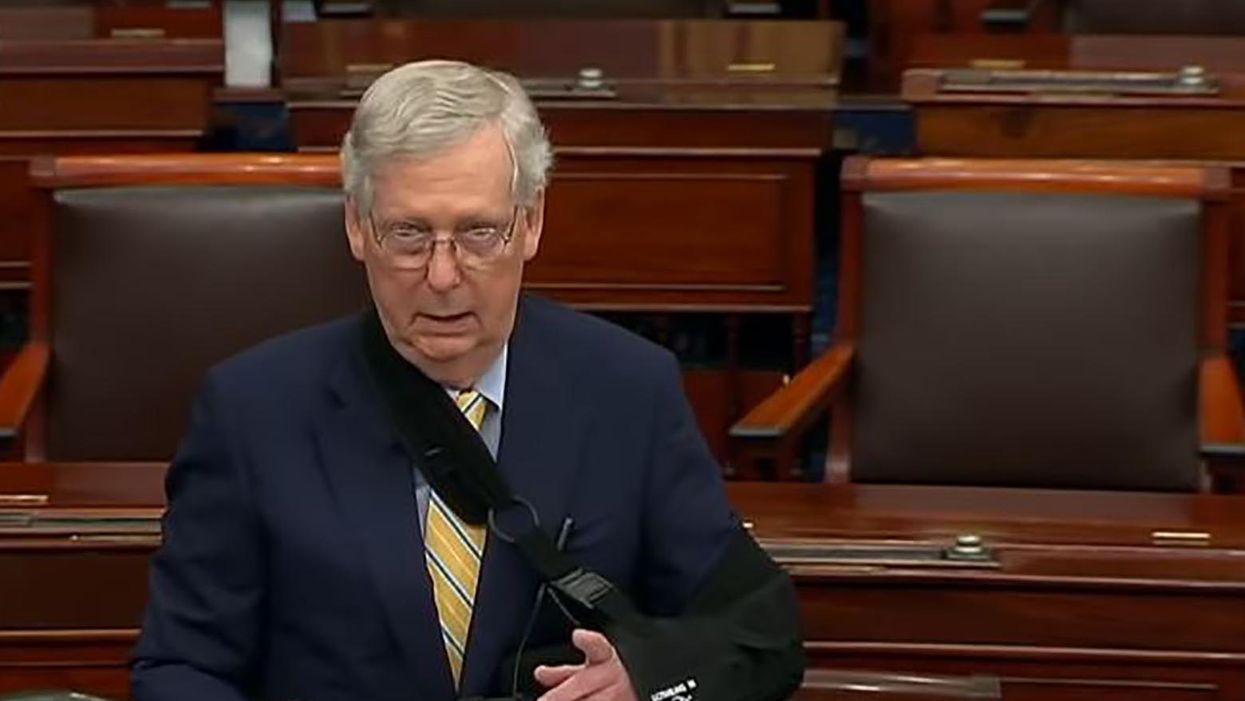 By now, we know that the overly loud ruckus raised by Congressional Republicans criticizing too much spending and a growing deficit is a message leveled only when that spending is aimed at those of us at the bottom and middle.

As progressives have argued endlessly, there was no Republican concern about lowering tax rates for the wealthy and corporations.

Nevertheless, it is now clear that "centrists" in the Congress, regardless of party, are those who believe that there should be limits on all government spending. For most Republicans, it is enough to oppose anything from Joe Biden, so, the idea Biden's $1.9-trillion coronavirus aid and economic plan actually will squeak through the divided Congress mostly unscathed when the House likely votes today is close to miraculous – or specifically thanks to Georgians who elected two Democrats in January.

Actually, there's another, lesser-discussed of the many pending legislative battles that will put this thinking to a test – approval for some billions this year to upgrade nuclear weapons, as part of some proposals to boost defense spending by an estimated 3% to 5%.

According to the Arms Control Center, the government is on track from the previous administration to spend more than to $1.5 trillion over several years to overhaul the nuclear arsenal by rebuilding each leg of the nuclear triad of ballistic missile submarines, silo-based intercontinental ballistic missiles, a new nuclear cruise missile, a modified gravity bomb, a new stealthy long-range strike bomber and warheads. Cost estimates for this year alone are $16 billion for the National Nuclear Security Administration systems and about $29 billion for the modernization of aging delivery systems.

In other words, it is on the scale of changes in the range of this current contention. But this time, expect the sides of the ruckus to be reversed.

Democrats have been introducing bills to curtail costly nuclear modernization programs. Republicans want Biden to continue spending on defense and weapons modernization, with no concern yet about cost and have included questions about this issue to Cabinet defense nominees.

Indeed, Republicans, as always, are pushing an increase in defense spending overall, though the Trump administration budget for defense for this year was more modest than its $740 billion for the previous year. To pay for it, they propose cuts in social spending.

The Biden White House is starting work on its first budget, with some expectations to keep funds for weapons flat against last year, which is still an increase..

We should note that at the same time, we are hearing repeatedly that the biggest threats we face are domestic terrorism, climate change, cybersecurity hacks and international economic warfare. None of those are addressed by better nuclear weapons, of course.

Even among specific military priorities, there are questions about priorities other than more modern nukes – including the number of Navy ships, actually being able to launch and maintain the expensive fighter jets developed over the last years, military pay and benefits. Deputy Defense Secretary Kathleen Hicks apparently has directed a review of selected programs, including low-yield nuclear warheads and nuclear command and control. The Trump administration developed and deployed a submarine-launched, low-yield nuclear warhead, called W76-2, that Democrats argue raises the risk of nuclear war by potentially lowering the threshold for using nuclear weapons. There now is a bill to stop a new sub-launched cruise missile from Sen. Chris Van Hollen (D-Md.) and Rep. Joe Courtney (D-Conn.).

Actually, it was the Obama administration that had started the modernization program, out of the belief that aging weapons might prove dangerous to have deployed, and that while treaties have called for fewer nukes, they should be in good shape. None of that has stopped the Russians, and now the Chinese, from bringing out new generations of nukes.

So, what we can see brewing is kindling over old issues on spending on weapons over social issues, varying and convenient use of the deficit monster as a threat, and partisan maneuvering.

Democrats Rep. Ro Khanna (D-Calif.) and Sen. Ed Markey (D-Mass.) argue that the real issue here is the over-emphasis of nuclear weapons as well as the cost. They are lobbying Biden to abandon some of the programs underway and to revisit our actual defense priorities. Rep. Mike Rogers (R-Ala.) ranking member of the House Armed Services Committee, and Sen. Jim Inhofe (R-Okla.), the Senate counterpart, argue against efforts to "cripple the U.S. nuclear deterrent forever."

House Armed Services Committee Adam Smith, D-Wa,, says that the defense budget ought to be the result of effective spending, whatever the total is.

Hear that silence? No one is talking about deficits.

At best, what we have is a nice distillation of just when deficits do and don't matter.