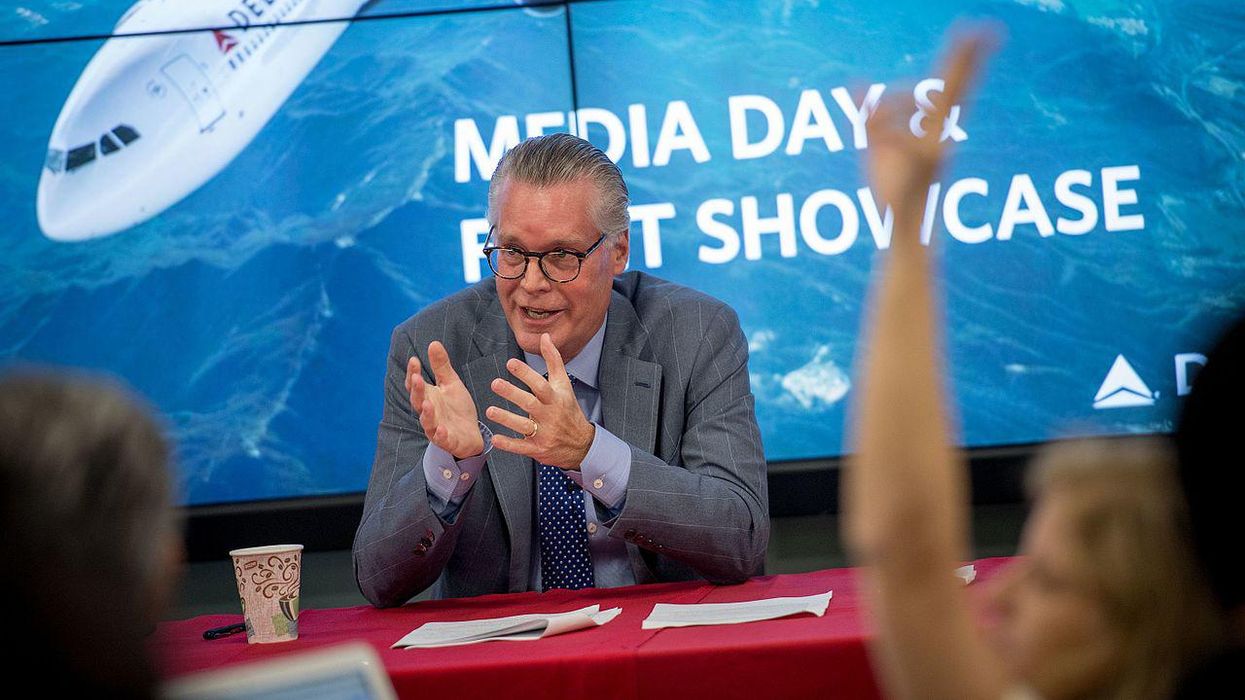 One of the ways in which Democrats are attacking Georgia Republicans in response to the voter suppression bill that Republican Gov. Brian Kemp recently signed into law is by reaching out to Corporate America and trying to show that voter suppression is bad for business. And one corporate CEO who has come out against Georgia's law is Delta Airlines CEO Ed Bastian, who attacked it in a memo published this week.

Bastian, addressing his colleagues at the Atlanta-based company, wrote, "I need to make it crystal clear that the final bill is unacceptable and does not match Delta's values."

In a variety of ways, the law makes it more difficult to vote — from making it harder to obtain an absentee ballot to reducing voting hours. An especially mean-spirited part of the law, which President Joe Biden has slammed as "Jim Crow in the 21st Century," is a prohibition on giving food or water to someone waiting in line to vote.

Bastian wrote: "After having time to now fully understand all that is in the bill, coupled with discussions with leaders and employees in the Black community, it's evident that the bill includes provisions that will make it harder for many underrepresented voters, particularly Black voters, to exercise their constitutional right to elect their representatives. That is wrong."

Kemp has denied that the law is a form of voter suppression, claiming that it is merely designed to promote secure and fraud-free elections. But Bastian believes that the law was passed in response to a major lie: that former President Donald Trump was a victim of widespread voter fraud in the 2020 election. That lie has been totally debunked by elections officials and security experts. In a statement released on November 12, officials for the Election Infrastructure Government Coordinating Council and the Cybersecurity and Infrastructure Security Agency declared, "The November 3 election was the most secure in American history."

In his memo to others at Delta, Bastian wrote, "The entire rationale for this bill was based on a lie: that there was widespread voter fraud in Georgia in the 2020 elections. This is simply not true. Unfortunately, that excuse is being used in states across the nation that are attempting to pass similar legislation to restrict voting rights."