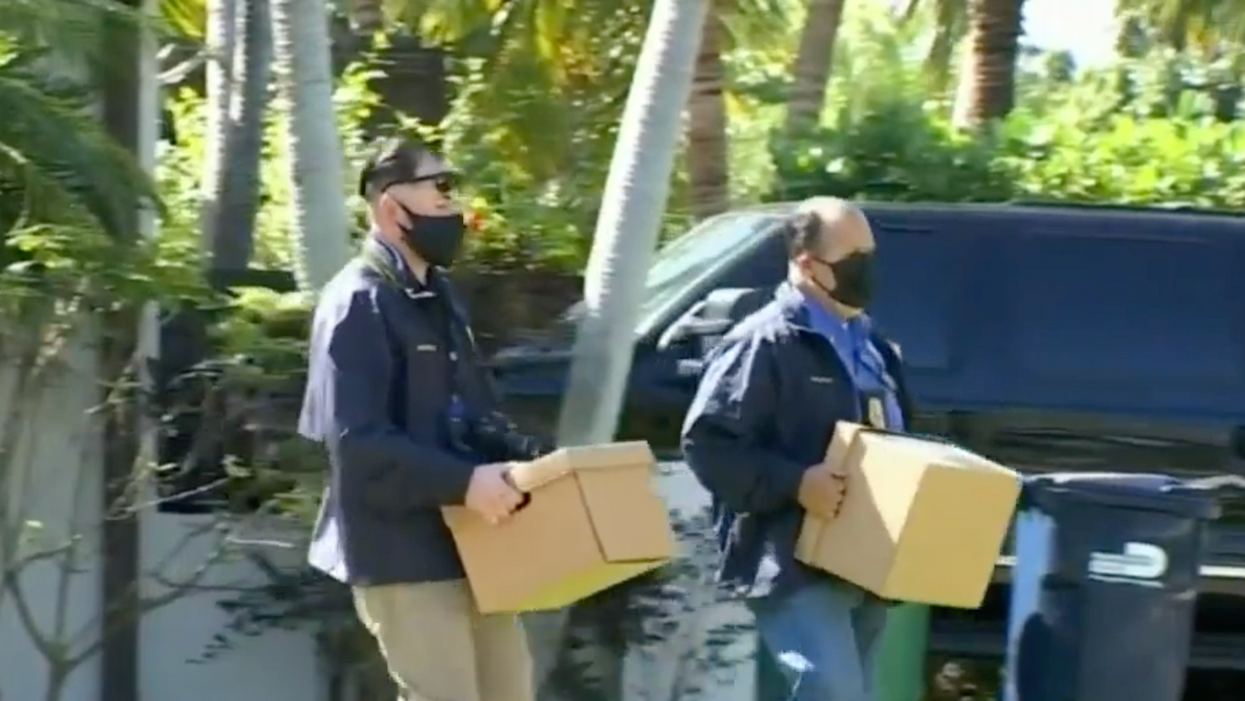 One day after authorities removed multiple boxes of evidence while executing a search warrant on a former GOP state legislator's home, he has been taken into custody.

"Frank Artiles, the Republican political operative suspected of secretly arranging a sham candidate to run in a key 2020 state senate race, surrendered to a Miami-Dade County jail on Thursday to face felony campaign finance charges," the Miami Herald reported Thursday. "Artiles, himself a former state senator, was seen arriving at the Turner Guilford Knight Correctional Center, along with his lawyer."

"Artiles is facing several charges, including felony charges for making illegal contributions and false swearing in connection to the election, according to a copy of the arrest warrant," the newspaper reported. "Prosecutors say Artiles offered Alexis (Alex) Pedro Rodriguez $50,000 to run in the race to 'siphon votes from the incumbent,' Democrat Jose Javier Rodriguez. Half was to be paid during the election and the rest after the election, Alex Rodriguez told prosecutors."

"The race pitted former TV personality Ileana Garcia, a Republican, against incumbent Jose Javier Rodriguez, a Democrat. Alex Rodriguez ran as an independent, did zero campaigning and took no calls from the media before the Nov. 3 election. But his candidacy was bolstered by deceptive political mail advertisements paid for by a dark money group whose address is a UPS store in Atlanta," the newspaper explained. "Jose Javier Rodriguez lost by just 32 votes after a three-day recount, and Alex Rodriguez's presence on the ballot was widely seen as a political ploy to confuse voters because of their shared last names and the dark money-sponsored political mailers."

The newspaper noted Artiles resigned from the state Senate "in disgrace" in 2017 amid multiple scandals.

"The first was an alcohol-fueled rant in which he called two Black lawmakers a racist slur in a Tallahassee bar. The second involved the hiring of a former Hooters 'calendar girl' and a Playboy model with no political experience as 'consultants' using funds from his political committee," the newspaper noted.