The for-profit charter school industry is completely out of control 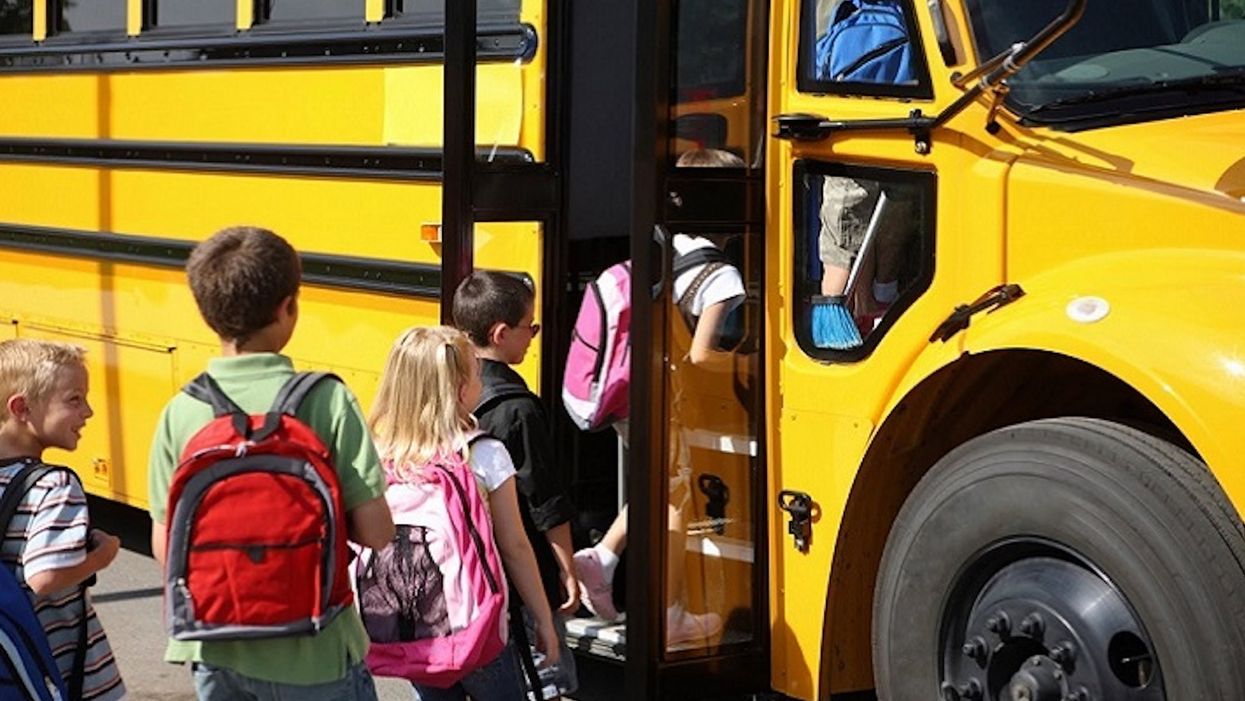 Don’t wait to take command of your children’s health. Prioritize preventive exams and vaccinations before the school year begins. Preventive services, routine immunizations, and health screenings are the best ways to make sure your kids are healthy and ready to hit the books. (U.S. Air Force photo by L.A. Shively)
Jeff Bryant
and
Our Schools
March 19, 2021

A new report by the Network for Public Education (NPE) explains why charter schools are often nonprofit in name only when they are associated with a for-profit management group.

NPE's report, titled "Chartered for Profit: The Hidden World of Charter Schools Operated for Financial Gain," reveals that many charter schools have contracts with for-profit management groups, commonly called education management organizations (EMOs), which use the nonprofit status of charter schools to hide their business dealings. (Charter schools are defined as nonprofit entities in all states except Arizona.)

The Network for Public Education—an organization co-founded by education historian Diane Ravitch that advocates for public schools—states in the report that between September 2020 and February 2021, NPE identified more than 1,000 charter schools contracted with for-profit EMOs, including "directing schools to their related real estate and service corporations" more often than not.

The NPE report covers an astonishing range of enterprises that make up the for-profit charter school industry, and their array of profit-yielding business methods.

When Florida couple Dwight and Connie Cenac were losing too many students from the Christian private school they ran, they converted the school to a charter, made their for-profit management company the school's operator, and made their real estate firm the school's landlord, according to the NPE report. Now their financial situation is bolstered by the 10 percent fee the management firm earns from taxpayer revenue sent to the charter school, and by the ever-expanding rental income from the school, also courtesy of taxpayers, because of a 3 percent annual increase they wrote into the contract.

What the Cenacs pulled off by getting into the charter school business, when writ large, can lead to considerable private fortunes funded with taxpayer dollars.

In 1997, Fernando Zulueta, a Florida real estate developer, opened his first charter school as part of a housing development, NPE reports. Shortly after, he and his brother Ignacio created a for-profit management company, Academica, and added more charter schools to their operations. Each charter school the Zuluetas created became its own nonprofit sub-chain, with each holding its own charters to other schools and with each school making lease payments and other business transactions to Academica, or companies associated with Academica, for payroll, construction, equipment leasing, and other services.

By 2010, the Zulueta brothers controlled more than $115 million in Florida tax-exempt real estate, with the companies collecting about $19 million in annual lease payments.

Today, Academica is the largest for-profit charter school chain in the United States, with 189 charter schools in six states and with at least 56 active corporations listed at its Miami headquarters' address and another 70 entities at another Miami address where its real estate corporations, holding companies, and finance corporations are housed, according to the NPE report.

The report found numerous examples of EMOs that lock nonprofit charters into agreements called "sweeps contracts" in which virtually all of the charter's finances are passed to the for-profit management corporation, which then outsources the schools' services to its own related companies that provide leasing, personnel services, or curriculum.

Charter School Profiting Is Not a 'Myth'

The remark was then "distorted" by the Trump campaign as a call to end school choice and "abolish all charter schools," reported FactCheck.org, which corrected the record.

Biden's declaration also created considerable consternation in the charter school industry and among its advocates. Charter school lobbyists at the National Alliance for Public Charter Schools called the whole notion of charter schools that operate for profit a "myth." Operatives in the so-called "education reform" movement took to websites like Education Next, which advocates for charters, to declare that profit-earning charter operators are merely "partnering" with their nonprofit boards and serving as "vendors," much in the same way that private companies, such as textbook publishers and tech businesses, serve public schools.

The NPE report soundly refutes the former argument and seriously calls into question the latter.

Hardly a myth, charters that operate for a profit are a huge part of the industry. The report "identified more than 1,100 charter schools that have contracts with one of 138 for-profit organizations" that control the schools' operations. The presence of for-profit operators in the charter industry constitutes over 15 percent of all charter schools, educating over 600,000 students, about 18 percent of all students enrolled in charters.

The charter businesses range in size from nationwide chains of schools to smaller operations that are just a few schools. And rather than partnering with nonprofit boards, these charter operations handpick their boards, who then enter into a contract with the for-profit to run the school.

Sometimes the very same people, or members of their family, who are employed by the charter management company also serve on the nonprofit board. And sometimes board members will serve on multiple boards for schools that are run by the same company.

"Opportunities are plentiful," the report states. "And because the schools are publicly funded, the risk is low. Every student who walks through the door brings ample public funds."

These types of business arrangements are very different from the typical contracts that public schools enter when they purchase products and services from private vendors. For instance, when school districts purchase textbooks from a publisher, the contracts are subject to approval by an elected board that is required to conduct open meetings with transparent documentation. And the districts own the books.

Charter operations, on the other hand, generally have minimal oversight and are rarely transparent in their business dealings. And when ownership of school purchases passes from public institutions to private organizations, the difference represents a huge impact to the public's purse, especially when private companies end up owning real estate and school buildings that were purchased with public tax dollars.

Will Biden Keep His Promise to Crack Down?

Further, when for-profit firms control where to place schools, they can choose to configure their businesses to disproportionately serve fewer disadvantaged students—the students who cost the most to educate.

Looking at the five cities with the most for-profit charter schools by the proportion of students attending these schools, the NPE report found that "in all but one city—Detroit—for-profit run charters served far fewer students who are eligible for free or reduced-price lunch [a common measurement of poverty]. In all cities, for-profit-run schools serve fewer students who receive services under IDEA," the federal program for students with special needs.

Some of the largest for-profit charter chains—such as Academica, Charter Schools USA, and BASIS—were found to have greater disparities of disadvantaged students, something that clearly seems by design rather than happenstance given how large their student populations are.

The report concludes that because of the creative workarounds that profit-seeking charter operators have developed to evade state and federal laws, public officials must toughen regulations that govern how charter schools operate.

At the federal level, that means the Biden administration and Secretary of Education Miguel Cardona must make good on Biden's campaign promise to crack down on charter schools that operate for profit by enforcing existing regulations governing how federal funds are distributed to charters and by placing new requirements that make charter schools more transparent about their businesses and their relationships with for-profit companies.

This article was produced by Our Schools. Jeff Bryant is a writing fellow and chief correspondent for Our Schools. He is a communications consultant, freelance writer, advocacy journalist, and director of the Education Opportunity Network, a strategy and messaging center for progressive education policy. His award-winning commentary and reporting routinely appear in prominent online news outlets, and he speaks frequently at national events about public education policy. Follow him on Twitter @jeffbcdm.