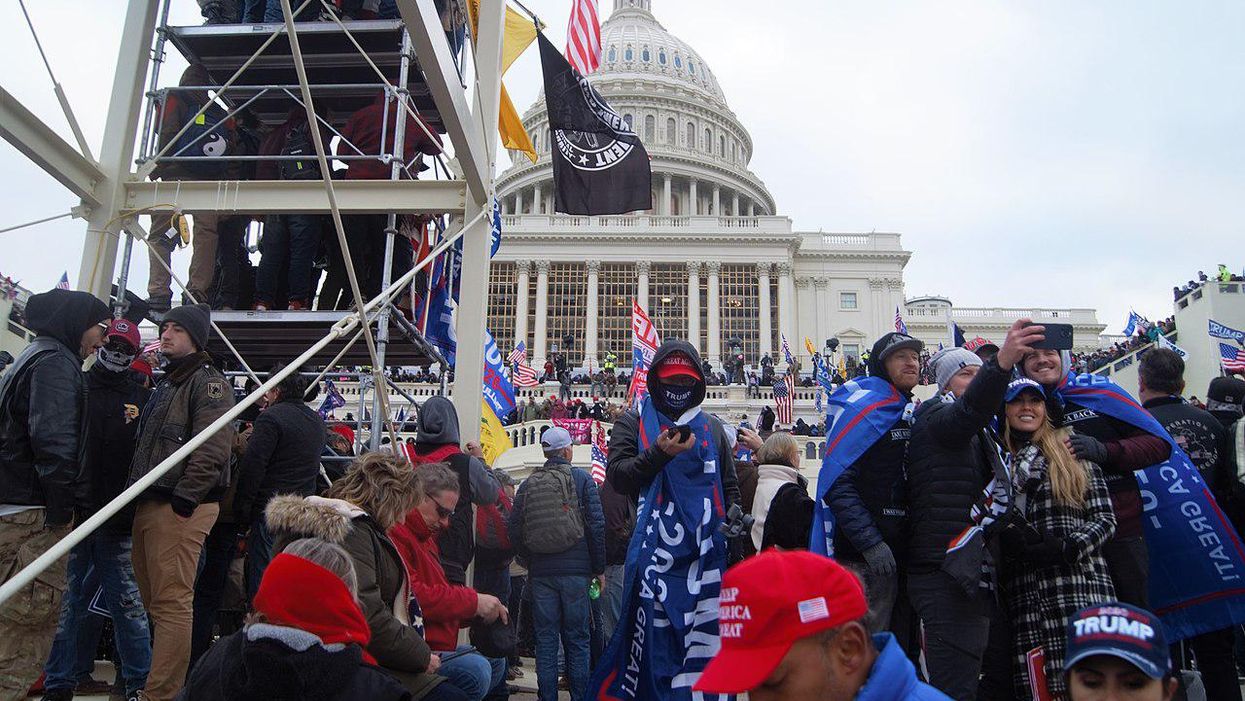 Federal prosecutors say Federico Klein violated his oath of office when he participated in the January 6 domestic terror insurrection, and are arguing that he should be held until trial as a result. Klein, a Trump appointee to the U.S. Dept. of State, is accused of beating officers with a stolen police riot shield and "hand-to-hand combat." He had previously worked for the Trump campaign and volunteered at an anti-LGBTQ hate group, the Family Research Council.

A federal magistrate judge Tuesday afternoon appeared to agree, saying Klein swore an oath to the U.S. Constitution then "switched sides," according to Vice News' Greg Walters. Klein will stay incarcerated reportedly as a result of being a danger to the community. He previously complained about cockroaches in jail.

In a written court filing prosecutors argued their case against Klein, the first Trump administration official known to be arrested in connection with the insurrection.

"Despite his oath to support and defend the Constitution, Klein demonstrated his contempt for that oath, the legitimate functions of the government, and for the Constitution itself when he assaulted officers in an attempt to stop the certification of a lawful election," prosecutors wrote to the court, CNN reports. "By his actions on January 6, 2021, Klein abdicated his responsibilities to the country and the Constitution."

"Klein's behavior revealed that his true allegiance lies elsewhere," prosecutors also told the court, and said his "actions on January 6, 2021, appear to be a considered decision to place himself above the law; not only did he demonstrate an unwillingness to follow lawful orders, but he also showed a blatant disregard for his commitments to those in authority."

Prosecutors also detail what they say Klein did at the Capitol the day of the insurrection.

Klein, the complaint reads, engaged in "hand-to-hand combat," and "made his way to the front of the mob to fight directly at the doors to the Capitol Building where a line of officers had formed to protect the entrance."

Federico Klein chose to put himself in the thick of the violence aimed at breaking through the center doorway on the Lower West Terrace to gain entrance to the Capitol Building. He used physical violence against officers who were protecting the entrance, and his individual participation in the larger mob heightened the overall violence and dangerousness of the day. Klein was among the first wave of rioters to enter the center archway attempting to breach the door; he first entered the archway at approximately 2:43 p.m., and formed part of the mob inside the tunnel battling officers. He remained inside the tunnel until approximately 3:21 p.m., when officers were able to push the first wave of rioters out of the tunnel and back out onto the terrace.

It also alleges "Klein used the [stolen police] riot shield to assault the front-line officers by violently shoving the shield into their bodies."

Here's an ABC News report from a few days ago: