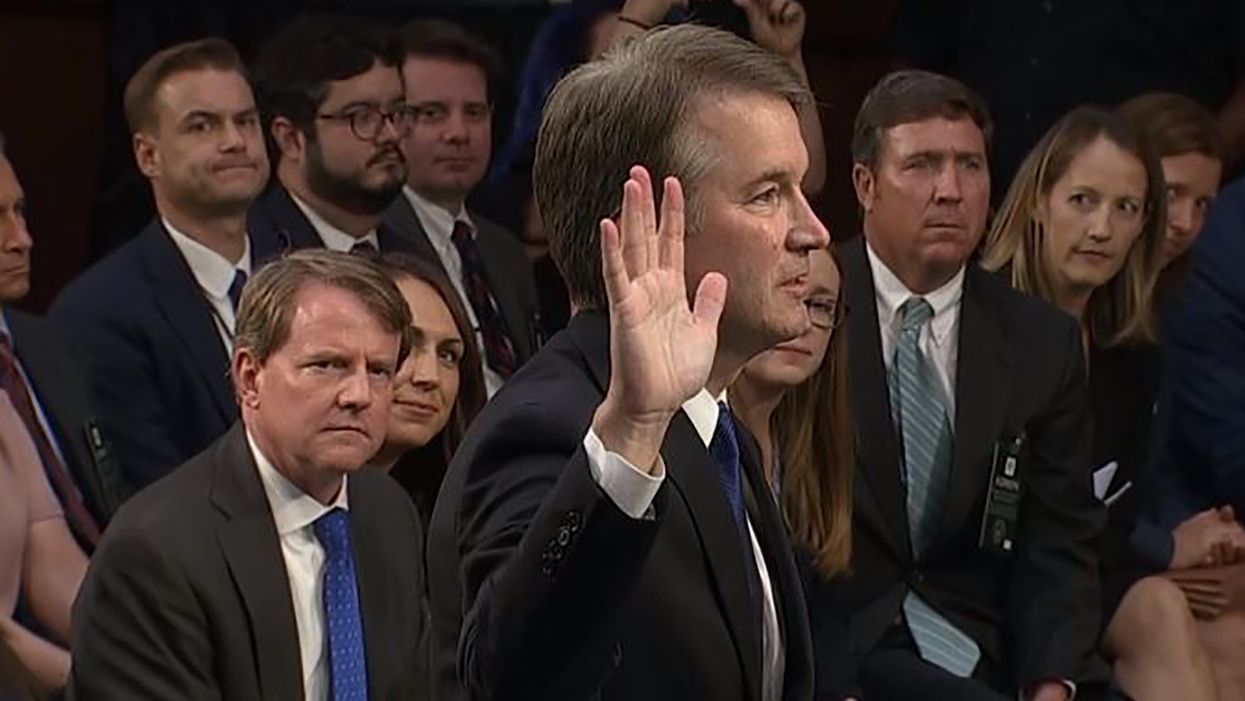 According to a report from Punchbowl News, now that the Democrats have control of the U.S. Senate, one senator plans to use his ascension to chair of the Judiciary Committee's Federal Courts, Oversight, Agency Action, and Federal Rights subcommittee to take a hard look at how "dark money" is being used to elevate conservative judges to lifetime federal appointments.

In particular, Sen. Sheldon Whitehouse (D-RI) plans to focus on the Federalist Society which has long made recommendations to Republican presidents when it comes to critical appointments that can sway the balance of the courts.With Punchbowl describing Whitehouse's plans as a "war" on the Federalist Society, the report notes that the Democrat has long been seeking to dig into the conservative group's influence.

Reporting that Wednesday's hearing is being called, "What's Wrong with the Supreme Court: The Big-Money Assault on Our Judiciary," the report states, "Whitehouse's target is the Federalist Society, which he says has been involved in a years' long effort to gain control of the federal judiciary -- especially the Supreme Court. It's a topic Whitehouse has railed about for awhile, including during the confirmation hearing for now Supreme Court Justice Amy Coney Barrett."

Punchbowl goes on to add that Whitehouse's specific area of interest is related to how "The Federalist Society and its co-chairman, Leonard Leo, select and push certain candidates for nomination as federal judges; the Judicial Crisis Network, an affiliated group, runs expensive TV ad campaigns paid for by "dark money" donations to help those candidates get confirmed to the bench; and then certain court cases are steered toward these judges by powerful special-interests who use federal courts to rein in government regulation."

The Rhode Island Democrat recently told FBI Director Christopher Wray that he wants answers on why his department has been withholding information from Democratic senators, telling the Donald Trump appointee, "Before we get to clearing up whatever else we need to get cleared up, all of the stuff that is backed up behind our questions, we've got to get through the problem of why you're not answering our questions, and we have to clear that up."

You can read the Punchbowl report here -- subscription required.