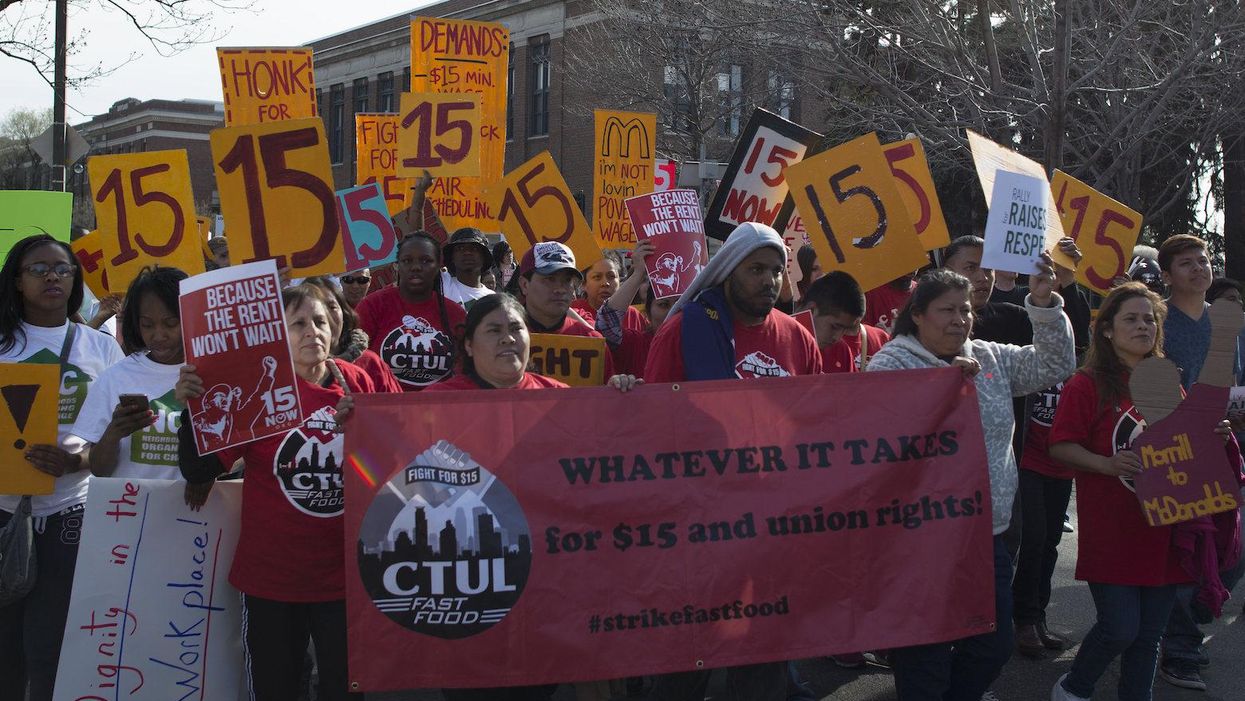 Workers at Solvay's Pasadena, Texas, plant voted overwhelmingly to join the United Steelworkers (USW) in 2017 and looked forward to sitting down with the company to quickly negotiate a fair contract.

Solvay decided to play games instead.

Company representatives canceled some bargaining sessions at the last minute, took two-hour lunches on days they did show up, dithered for weeks over the union's proposals and pulled every stunt imaginable to drag out the talks and frustrate the workers into giving up.

"They were angry that we actually had the audacity—in their mind—to challenge them with a union. This was their way of getting back at us," said USW Local 13-227 President Steve "Tote" Toto, noting the spiteful antics cost him precious time with his wife, Mary, who was dying of pancreatic cancer about 1,500 miles away.

The U.S. House just passed bipartisan legislation to end shenanigans like this and help ensure that workers achieve the fair contracts they earned.

The Protecting the Right to Organize (PRO) Act, which faces an uphill battle in the Senate because of a lack of Republican support, would better protect workers from illegal bullying and retaliation during the organizing process.

And once workers vote to form a union, the PRO Act would set timelines for progress toward a contract and impose mediation and binding arbitration when employers stall and delay.

Although Toto and his coworkers achieved an agreement in January 2019—after more than a year of fighting—corporate foot-dragging on contract talks continues to worsen nationwide.

Right now, companies resort to stall tactics so often that about half of all workers who organize still lack a contract one year later. Worse, 37 percent of workers in newly formed private-sector unions have no agreement after two years. And some continue fighting for a first agreement long after that.

The PRO Act, which President Joe Biden hails as essential for leveling the playing field for workers and rebuilding the middle class, will spur employers to show up at the bargaining table and reach agreements as expeditiously as possible.

That's exactly what would have helped Toto and his colleagues four years ago.

The workers at Solvay organized to obtain safer working conditions and a voice at the chemical plant, recalled Toto, who relocated to Pasadena after the company closed the Marcus Hook, Pennsylvania, facility where he originally worked. His wife, already battling cancer, remained in the couple's Philadelphia area home to be in comfortable surroundings and to stay close to her doctors.

Talks stretched out month after month as Solvay's negotiators refused to schedule regular bargaining sessions, made onerous proposals solely intended to bog down the discussions and even balked at excusing workers for jury duty. But nothing infuriated union members as much as finding the company's chief negotiator asleep one day in a room where he had ostensibly gone to study union proposals.

"It's about discouraging you," Toto said of the company's ploys. "It's about breaking you down. It was also frustrating for me because it was taking time away from the last year I had with my wife."

Just like Toto and his colleagues, workers at the Bishop Noa Home in Escanaba, Michigan, made modest demands that they expected to speedily resolve at the bargaining table.

Yet more than three years after voting to join the USW, the 55 certified nursing assistants and dietary, environmental services and laundry workers continue fighting for a contract even as they put their lives on the line to care for the facility's residents during the COVID-19 pandemic.

The home refuses to accept the workers' choice to organize. It brought in a union-busting attorney who belittles workers at the bargaining table, makes unreasonable proposals, spurns efforts to bring the parties together and drags out talks to try to break the workers' morale.

Marcia Hardy, a dietary worker who has dedicated 35 years to Bishop Noa, said she and other negotiating committee members repeatedly made good-faith compromises that they felt certain would speed talks along.

"That didn't happen," she said, noting the home not only rebuffed the workers' goodwill but refused to budge from its own proposals.

"They don't want to have to answer to anybody but themselves," Hardy said of the facility's efforts to silence workers. "They will not give that up for anything. It's just so disheartening because you've put your heart and soul into the place."

Throughout the pandemic, workers have been putting in extra hours, taking on additional responsibilities and serving as surrogate family members to residents cut off from loved ones, all so Bishop Noa can continue providing a top level of care. And although a contract would afford opportunities for building on that record of excellence, Hardy said, Bishop Noa prefers to wage war on workers instead.

She and her colleagues, who have widespread community support, will keep fighting for the agreement they earned. "If I give up," Hardy said, "they win."

Solvay, Bishop Noa and other employers that drag out negotiations squander resources that could be better used to provide safe working conditions, serve customers or otherwise improve operations.

Toto said workers want to put contract talks behind them and "live our lives." And he predicted that the PRO Act would hold employers' feet to the fire and finally force them to approach contract talks with the urgency the task requires.

"It puts accountability back at the bargaining table," Toto said. "The job is to go in there and get it done in a timely fashion."