Birx says most COVID deaths in US were preventable. Ted Lieu asks: why didn't you challenge Trump? 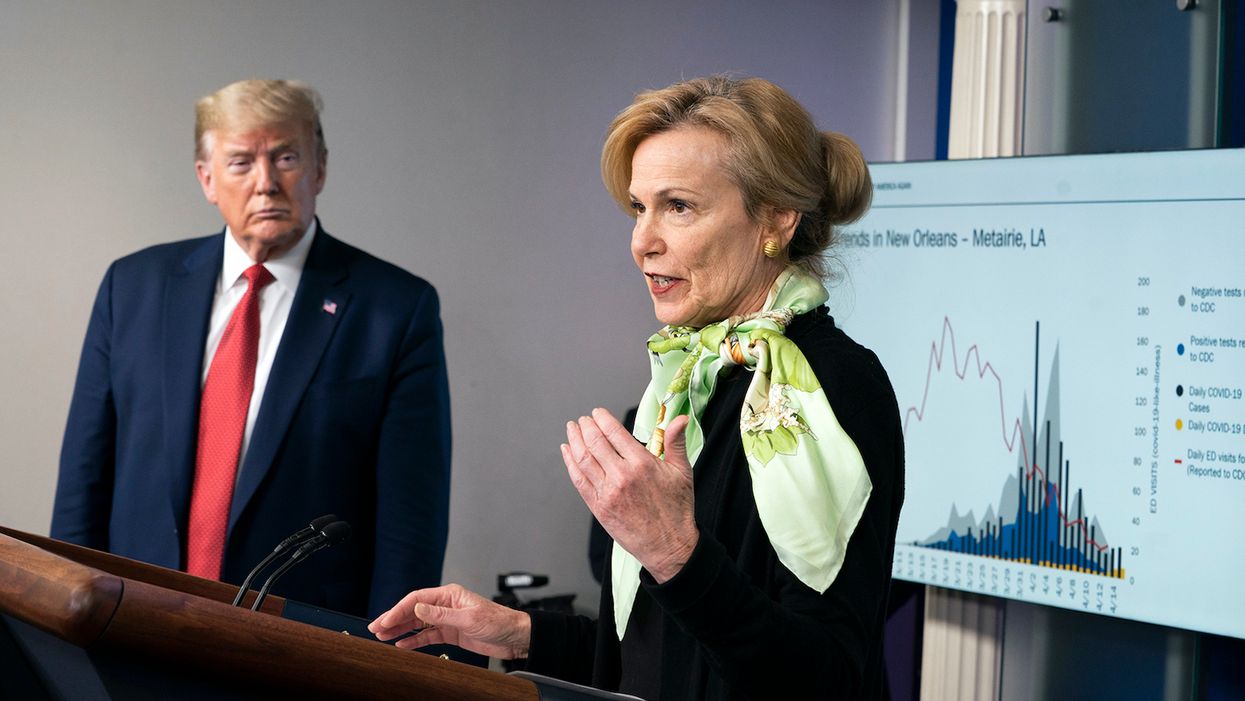 During an interview featured in a CNN documentary titled Covid War: The Pandemic Doctors Speak Out, which aired Sunday, CNN chief medical correspondent Sanjay Gupta asked Birx to describe "how much of an impact" she thinks it would have made had public authorities taken earlier and more decisive action to mitigate the spread of the virus.

"I look at it this way: The first time, we have an excuse. There were about 100,000 deaths that came from that original surge," Birx told Gupta. "All of the rest of them, in my mind, could have been mitigated or decreased substantially."

The national Covid-19 death toll is approaching 550,000, which means that, if Birx's assessment of the country's pandemic response is correct, more than 400,000 Americans died—and millions of loved ones suffered—unnecessarily as a result of political negligence. One journalist called the admission "utterly devastating."

Birx's acknowledgement that coronavirus cases, hospitalizations, and deaths in the United States could have been significantly lower provoked a sharp rebuke from Lieu, who criticized the former White House official for not publicly objecting to Trump's lethal mishandling of the pandemic.

"The malicious incompetence that resulted in hundreds of thousands of unnecessary deaths starts at the top, with the former President and his enablers," Lieu said in a tweet. "And who was one of his enablers? Dr. Birx, who was afraid to challenge his unscientific rhetoric and wrongfully praised him."

The malicious incompetence that resulted in hundreds of thousands of unnecessary deaths starts at the top, with the… https://t.co/UcEv3X2JIZ
— Ted Lieu (@Ted Lieu)1616869245.0

As the Washington Post reported Saturday, "Last March, Birx praised Trump for being 'so attentive to the scientific literature and the details and the data' with regards to the outbreak."

In addition, the newspaper noted, "Birx had presented overly optimistic data several times," and she "also sat quietly at a news conference last April when Trump pondered whether people could be injected with disinfectant to 'knock out' the coronavirus."

In a Dissent article published earlier this month, historian Colin Gordon acknowledged that "the Trump administration's response to the Covid-19 pandemic set new standards for incompetence, defiance of basic science and public health precautions, and petty politicization of the smallest policy details."

Nevertheless, Gordon added, "the administration's failures marked a difference in degree, not in kind. Deep inequities in health provision, underinvestment in public health, and indifference to the punishing inequality hardwired into our economy and our social policies all preceded Trump and—without bold action—will certainly outlast him."

"An important part of this longer history," Gordon wrote, "is federalism: the abdication of national responsibility for basic social policy standards to state governments."

As Common Dreams reported earlier this month, a new peer-reviewed study shows that as 2020 progressed, Covid-19 incidence and death rates became higher in states led by Republican governors—an outcome the researchers attribute to diverging approaches to public health policies that affected the spread of the virus.

As Gordon noted, "deference to state governments—many without the capacity or the willingness to make meaningful investments in public goods and services—also has significant effects on the broader social determinants of health."

Gordon's observation about the relationship between policymaking and well-being dovetails with other recent research documenting how union-busting and austerity—key components of the past half-century of neoliberalization—have worsened socio-economic inequalities, vulnerabilities, and coronavirus mortality.