‘20 years ago in Montana meth was homemade': Senator scorched for 'waxing nostalgic' about illegal drugs 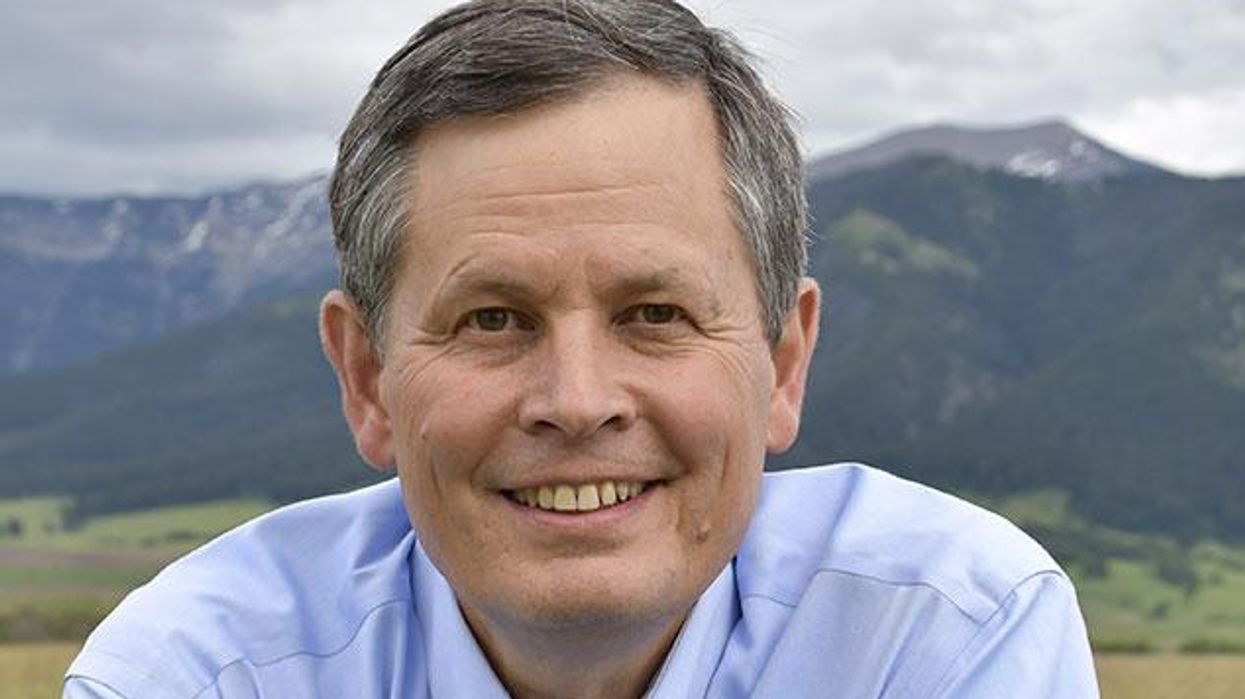 Republican U.S. Senator Steve Daines' cause may have been just – denouncing illegal drugs crossing the border and especially the heightened potency of extremely dangerous meth made in Mexico, coming into his home state of Montana. But during a Friday press conference he sounded more like, as one person put it, "a Montana meth brand ambassador."

Senator Daines on Friday also put the blame for the decades-old crisis on President Joe Biden.

Meth is not only dangerously addictive, it is deadly and Daines' home state of Montana has been ravaged by the illegal drug that for decades has taken countless lives.

Which may be why so many on social media were perplexed about the Montana Senator's choice of words after denouncing "the flood of Mexican meth, Mexican heroin, Mexican fentanyl."

"20 years ago in Montana, meth was homemade – it was home grown," he said emphatically, nearly with pride. One person said it sounded like he was "waxing nostalgic."

"It had purity levels less than 30 percent," Daines continued. "Today, the meth that is getting into Montana is Mexican cartel."

Oddly, Daines gave the exact same speech to a local Billings, Montana newspaper Thursday, so this wasn't a flub. Daines or one of his aides actually wrote this, and he must have practiced it before delivering it in front of the cameras Friday, presumably thinking it sounded good.

But Daines also blamed the illegal drugs that have been crossing the border for decades on President Biden, who has been in office two months and six days, calling it the "#BidenBorderCrisis," which is just plain false.

Meth is coming across our border and heading straight to Montana. It's tearing Montana families apart and destroying communities. We are a northern border state with a southern border crisis—we must end the #BidenBorderCrisis now. pic.twitter.com/xCjOprv3RB
— Steve Daines (@SteveDaines) March 26, 2021

In fact, here he is in 2019, before Biden was President, bragging about "bringing Vice President Mike Pence to Billings next Wednesday (6/12) for a firsthand look at Montana's devastating meth crisis."

Meanwhile, The Recount said the Montana Republican Senator was getting "a little nostalgic."

Another social media user commented that Daines "sounds more upset that the meth production has been outsourced than the issue of meth still being so prevalent."

Some expressed confusion about Daines' intentions:

Did he...did he really...I mean what? Daines is upset that Mexican meth replaced local homegrown meth? I'm not sure this is the direction they wanted go. I guess we should say thank you?
— Dawn M. (@dawn_macc) March 26, 2021

Others just totally mocked him:

"We had our own meth. Montana meth. It was lousy, but by God it was ours. Now you have this purer Mexican meth. My God, how is a man supposed to earn a living against that?"
— Sir Humphrey (@bdquinn) March 26, 2021

Make American Meth Great Again
There's a @SethAMandel joke in here but I can't quite get it https://t.co/d1DGO7jwmn — Tom Nichols (@RadioFreeTom) March 26, 2021

Steve Daines: I'm here at the border to sound the alarm on the crisis of imported meth.
Whatever happened to meth that's MADE IN AMERICA, amiright? https://t.co/OZeDxBUzsP — Jon Favreau (@jonfavs) March 26, 2021