GOP conspiracy theorists are an ongoing 'threat to our democracy': conservative 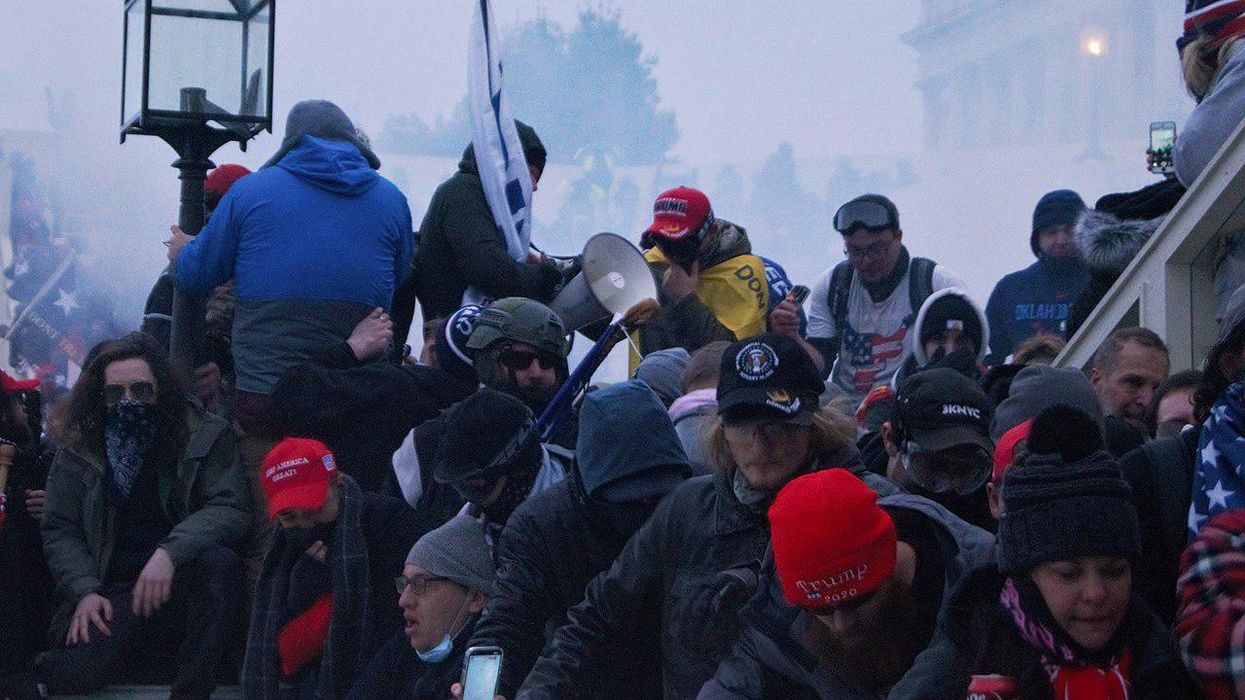 Fearing a terrorist attack by far-right White nationalists and other extremists, the U.S. House of Representatives canceled its March 4 session. Conservative CNN pundit Amanda Carpenter analyzes this development in an article published by The Bulwark on March 4, arguing that the threat to U.S. democracy is being encouraged and promoted by "conspiracy theorists" within the Republican Party.

"On Capitol Hill, security threats have resulted in the clearing of the House of Representatives, which was scheduled to be in session today," Carpenter explains. "There has been chatter for weeks among the online conspiracy crowd surrounding March 4."

In the United States, Inauguration Day used to be March 4. President Franklin Delano Roosevelt, after enjoying a massive victory over one-term President Herbert Hoover in the 1932 presidential election, was inaugurated on March 4, 1933. But after that, Inauguration Day became January 20 — and FDR's second inauguration took place on January 20, 1937.

"An assortment of QAnon kooks has taken to claiming that Joe Biden's inauguration on January 20 was unconstitutional and that Donald Trump will be returning in splendor on March 4 for the real inauguration," Carpenter notes. "The rumors swirling about the possibility of violence on March 4 were given legitimacy on Wednesday, when the Capitol Police released a statement saying, 'We have obtained intelligence that shows a possible plot to breach the Capitol by an identified militia group on Thursday, March 4.' Within hours, the House announced it was canceling its Thursday session, and security officials urged staffers who could to work from home — meaning that domestic terrorists have succeeded in shutting down the government again."

"The House announced it was canceling its Thursday session and security officials urged staffers who could to work… https://t.co/oYtCD5NZNT
— Bill Kristol (@Bill Kristol) 1614865372.0

The last time domestic terrorists succeeded in shutting down Congress was on January 6, when supporters of QAnon, members of the Proud Boys and members of various militia and White nationalist groups violently invaded the U.S. Capitol Building in the hope of preventing Congress from certifying Biden's Electoral College victory. The certification was delayed for several hours but not prevented, and Biden was sworn in as president on January 20.

"Given that Washington has barely begun to come to terms with the events that led to the January 6 insurrection, it's hard to fault anyone for acting out of an abundance of caution," Carpenter writes. "That philosophy — better safe than sorry — also explains why 8-foot-high fencing and razor wire still surrounds the Capitol complex. It's not a good look for the seat of our democracy, but the people who insist on those measures aren't taking chances. It's easy to disagree with their choices but hard to assign blame for making them."

The horrifying events of January 6 underscore the terrorist threat that White nationalism poses in the United States, but as Carpenter notes, many Republicans have been promoting the nonsense conspiracy theory that the insurgents who attacked the Capitol Building weren't really Trump supporters, but Antifa leftists pretending to be Trump supporters. Sen. Ron Johnson of Wisconsin, for example, has promoted that conspiracy theory, but FBI Director Christopher Wray testified before members of the U.S. Senate that there is zero evidence that Antifa had anything to do with the January 6 attack.