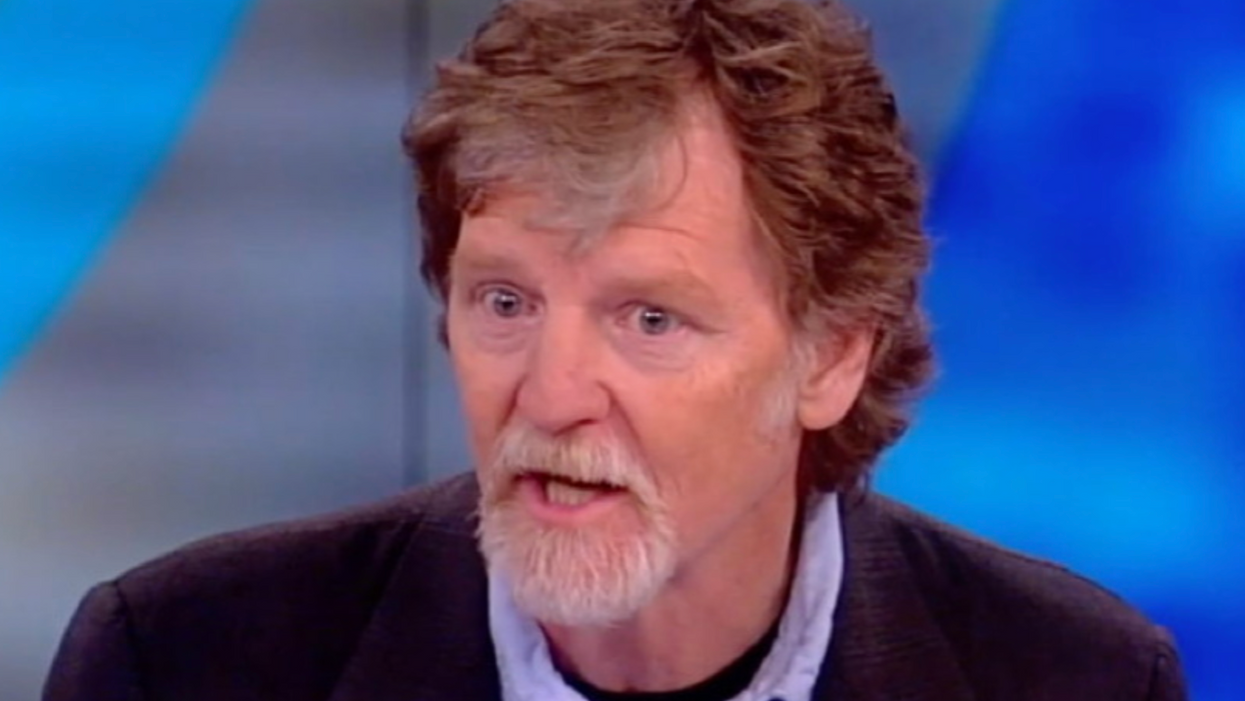 Jack Phillips, the Colorado Christian baker who refused to bake a wedding cake for a same-sex couple and won a very narrow victory in the U.S. Supreme Court – which was quickly misused by the Trump administration to expand anti-LGBTQ discrimination – is back in court this week.

Phillips, who owns Masterpiece Cakeshop, refused to bake a birthday cake for a transgender woman back in 2017. It was to be pink on the inside, blue on the outside, "intended to celebrate her gender transition," as Law & Crime reports.

That, too, violates his religious beliefs, Phillips claimed, refusing to serve the woman, attorney Autumn Scardina. In court documents Phillips in 2018 said he could not "promote the idea that a person's sex is anything other than an immutable God-given biological reality."

He also expressed frustration, suggesting he is the victim is all this.

"It seems I'm the only person in the state of Colorado who can't live out my beliefs," he told an ultra-conservative anti-LGBTQ think tank, the Heritage Foundation. "A gender-transition cake is not something I've ever made, and it's not an event I could celebrate."

But as Law & Crime suggests, Phillips may have a problem.

"Throughout the [wedding cake] litigation, Phillips maintained that if the cake was for a different, non-religious occasion, he would have accommodated the couple."

A birthday, it could be argued, is a non-religious occasion.

Phillips and his attorney, Sean Gates, on Monday were in state court, virtually, the AP reports. Gates "said his refusal to make Scardina's cake was about its message, not discriminating against Scardina, echoing assertions made in Phillips' legal battle over his refusal to make a wedding cake for Charlie Craig and Dave Mullins in 2012."

"The message would be that he agrees that a gender transition is something to be celebrated," said Gates, who noted later that Phillips had objected to making cakes with other messages he opposed, including Halloween items.

It's important to note that Phillips' 7-2 Supreme Court victory was only for him, and not because the justices believed bakers should be allowed to discriminate against same-sex couples. The court ruled that the lower "court," or more specifically, the Colorado commission charged with deciding discrimination cases, acted with "hostility" towards Phillips.

The Supreme Court opinion specifically stated the rights of LGBT people in the marketplace must be protected.

Immediately, the Trump administration took that ruling, and twisted it, expanding its already virulent anti-LGBTQ programs.