Capitol rioter gets comeuppance from ex-employees he berated: 'Karma finally got him' 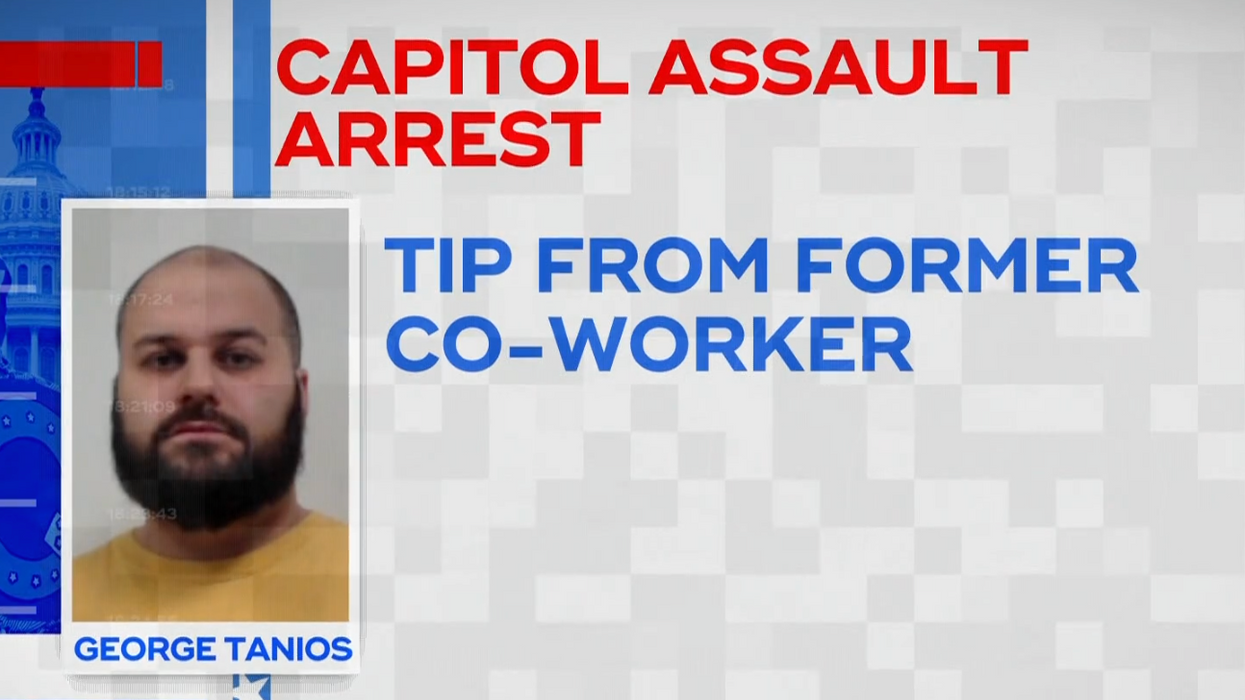 Former employees weren't surprised to see the self-proclaimed "Sandwich Nazi" taking part in the U.S. Capitol insurrection, and they were happy to turn him in to the FBI.

Sandwich shop owner George Pierre Tanios posted a photo of himself at the Jan. 6 riot on Facebook, where former employees noticed it and helped investigators identify the West Virginia man as the bearded suspect who took part in the assault of a Capitol police officer who later died, reported The Daily Beast.

"I'm surprised it took this long for him to do something stupid," said Kenneth Dufalla, a former business partner who helped identify him as a rioter.

"He's an embarrassment to fellow hard-working, God-fearing, humble citizens of Morgantown and fellow Trump supporters," Dufalla added. "I can't imagine how many of his former employees and fraternities are enjoying his apparent downfall right now. He was easily the most hated man in Morgantown."

Former employee Cory Denkert also reported Tanios to the FBI and helped connect agents to Dufalla, who had sued the sandwich shop owner for the $435,000 he says he's owed, and the ex-employee was happy to do it.

"I was laughing," Denkert told The Daily Beast. "This is exactly what George would do. He's always been angry, trying to start fights with people. It doesn't matter how wrong he is, he's going to be outspoken, in somebody's face, trying to start something."

FBI agents arrested Tanios on March 14 and charged him with attacking police with bear spray, and former employees say the Sandwich U. owner had a history of using chemical irritant at his shop near West Virginia University.

"We always had a can of pepper spray behind the counter, and there's been several times he would pull it out and mace somebody," said former night shift manager Daniel Dantzler. "He would usually come out from behind the counter and, you know, be confrontational with them. Then he'd say to the register girl: 'Give me the mace.'"

Customers complained online for years that Tanios would start fights with drunken students and then threaten or harass them when they responded, and former employees said he skimmed off their tips and frequently used racist and abusive language.