'Now comes the whitewash: Republicans are lying about the racist terror threat America is facing 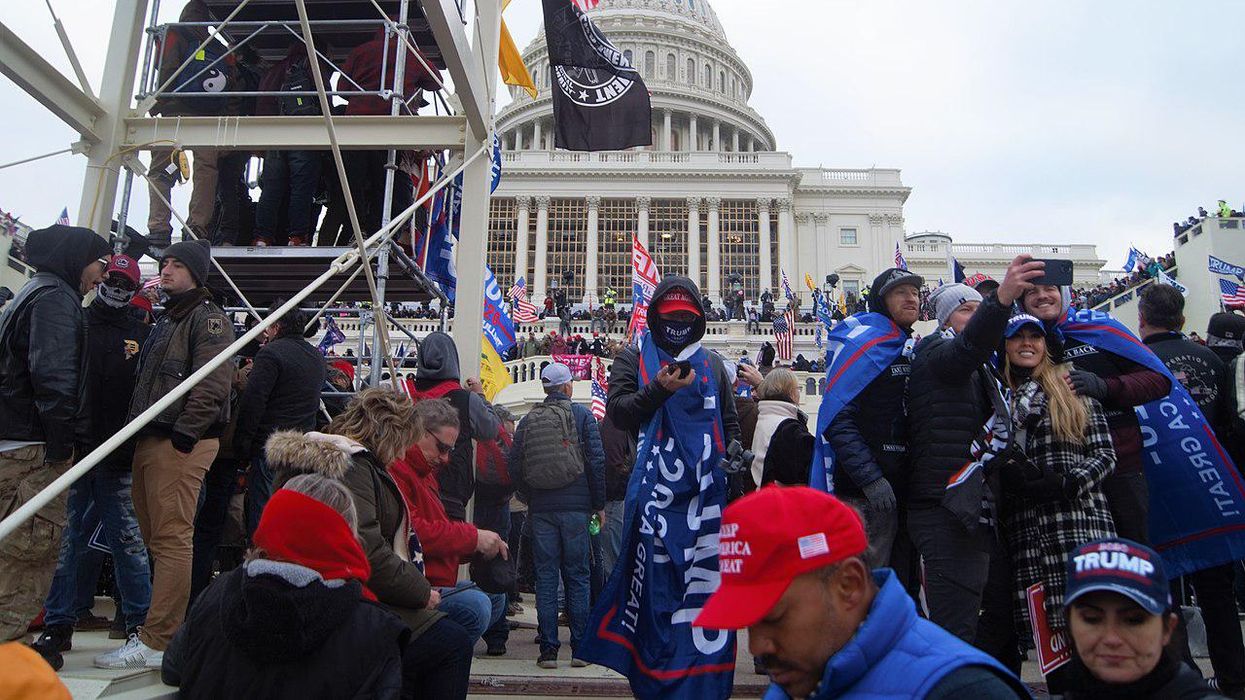 When FBI Director Christopher A. Wray testified before the Senate Judiciary Committee on Tuesday, March 2, he offered his insights on the January 6 assault on the U.S. Capitol Building. Wray made it abundantly clear that those who carried out that attack were far-right "racially motivated extremists" and "militia violent extremists" — not antifa or anarchists as many Republican supporters of former President Donald Trump have been claiming. But Washington Post opinion writer Dana Milbank, in his March 2 column, warns that Trumpist Republicans will continue to distort the January 6 attack and promote their "antifa fantasies."

"On January 6 came the White supremacists," Milbank explains. "Now comes the whitewash….. In general, the Trump-appointed Wray testified, White supremacists are the 'biggest chunk' of the domestic terrorism threat and 'the most lethal.' But to hear the Republicans tell it, the country is besieged by left-wing anarchists."

Wray, Milbank notes, testified that there is no evidence of "fake Trump supporters" or antifa attacking the U.S. Capitol Building on January 6. But that didn't stop pro-Trump GOP senators from carrying on about antifa during the hearing. Sen. Marsha Blackburn of Tennessee asked if the FBI was "tracking extremist groups like antifa or other radicalism that are connected to violence in cities across the country." And Sen. Ted Cruz of Texas referenced "massive rioting and violence as extremists, many of them leftist extremists, took to the streets" during the 2020 protests.

"Even after Wray said the FBI had found no sign of antifa or anarchist involvement in the January 6 insurrection, Sen. John Cornyn (R-Tex.) took issue with 'the narrative' of who was involved on January 6 — and again suggested that anarchists played a role," Milbank observes. "The attempt to muddy the waters with the largely imaginary threat of antifa serves to shift the focus from the real and present danger of White supremacist violence."

Wray himself is a Republican.

Many pro-Trump Republicans, Milbank laments, have been trying to "derail plans for a 9/11-style commission to probe the January 6 attacks."

"In short," Milbank writes, "Republicans want to turn the Capitol insurrection commission into an antifa commission — and to paint over the events of January 6 with a coat of false equivalencies."