Is capitalism compatible with public health? This expert says no 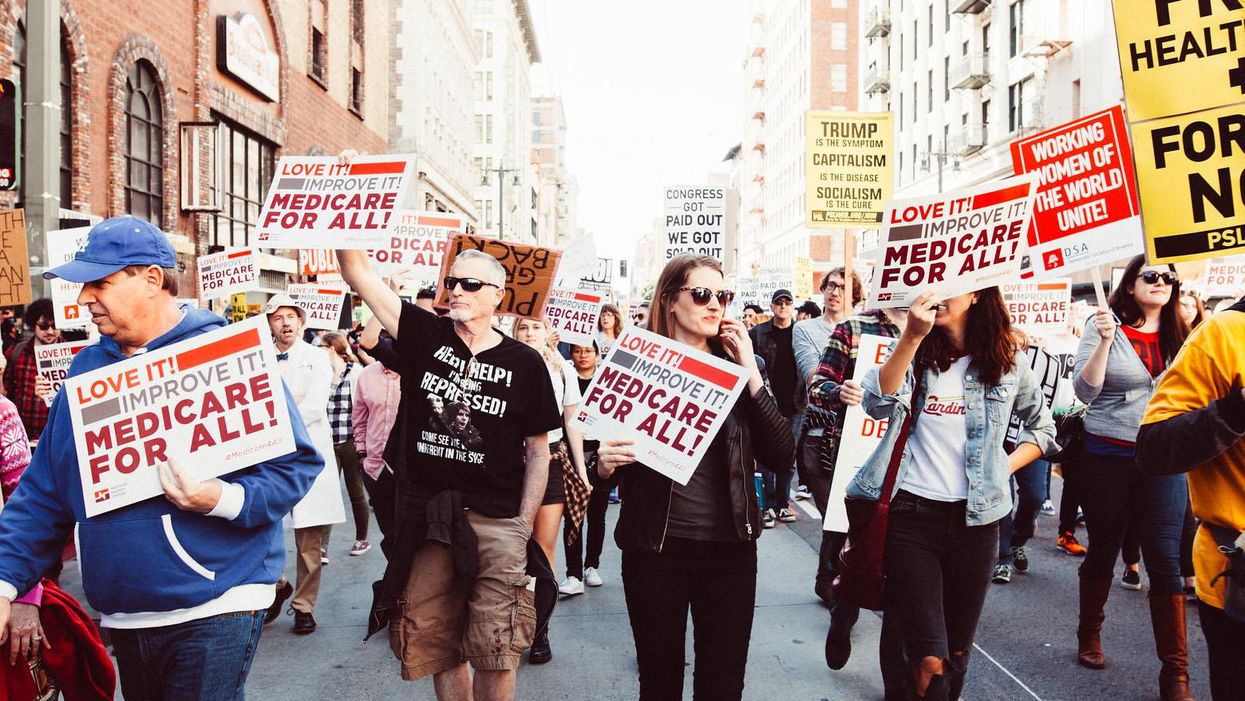 Dr. Nicholas Freudenberg thinks that capitalism is damaging to both human health and to the planet. And after reading his new book, "At What Cost: Modern Capitalism and the Future of Health," it is hard to disagree. The food we eat is filled with toxins. The planet is heating up uncontrollably. And that was true long before 2020: since last year, we have learned the hard way that liberal capitalist societies like ours are barely capable of addressing their most basic responsibility, protecting public health.

Dr. Freudenberg, who is a public health professor at the City University of New York School, has written a riveting and inspiring call-to-arms. In his new book, he describes concrete ways that people can address the problems wrought by modern capitalism. Although our conversation occurred before President Joe Biden signed his COVID-19 stimulus relief package into law, it is relevant to both that event and future efforts at reform.

I spoke with Dr. Freudenberg over the phone about reforming capitalism and the relationship of capitalism to health; this interview has been lightly edited for clarity and context.

Tell me a little more about the thesis of your book.

I think there are two key features. The first is that, in the last few decades, capitalism — the political and economic system that is in place in our country and in much of the world — has changed in ways that I think make it more damaging to human health and the environment. In the book, I try to describe some of those changes and how they've played out. The second main thesis is that the current period — after the crises of the COVID pandemic, climate change, deaths of despair — provide an opportunity for our country to chart a different path around health and equity. I'm hoping that by analyzing what we've learned over the last few years about how we change damaging business and corporate practices, we could put together those people who've been working for a change, a more comprehensive approach to making those changes. I think those are the two main theses of the book.

You mentioned that you have six detailed ideas about how we should reform capitalism, as well as nine lessons for activists. What would those be?

Sure. The thinking behind developing these specific suggestions is to look for ways to bring together the streams of work that people who are concerned about healthcare, people who are concerned about food, people who are concerned about pharmaceuticals and healthcare, or climate change, can work together. I think the first of those is that, in many sectors in this country, we have a robust public sector that is already playing a role. Food is a good example, where through the food benefit programs like SNAP and WIC and school food, through the procurement standards that cities and states have, we're spending taxpayer dollars on food. But there hasn't been a coordinated strategy to use that public sector to advance public goals. And because of the power of the food industry, they've often used that public spending for their own benefit rather than for the wellbeing of the population.

So I think to define precisely what the role for the public sector should be in food, healthcare, education, etc. would be a way to articulate a common vision that could bring together the many streams of activism and progressive reform working for change.

I think a second cross-cutting theme, that again many people have been working on, is to level the playing field. There has been a rise of corporate power that has come about as a result of their increased capacity to lobby and make campaign contributions. The Citizens United Supreme Court decision gave corporations an outsize voice in shaping policy, giving them in the view of many scholars who are looking at this really veto power over so many aspects of policy, including those policies that affect well-being. And so I think campaign reform, lobbying restrictions, closing the revolving door, electoral reform are very much an issue these days. Those are all a second plank of a strategy to improve public health and, again, provide a cross cutting platform for those working for change.

When I think of capitalism's issue, the big one that comes to mind is that it seems ecologically unsustainable — like you can't have a planet that can support human life while we consume resources and pollute the environment as we currently do. That's true whether you're talking about the extinction of species, whether you're talking about greenhouse gas emissions, or similar phenomena. What are long-term economic solutions to that problem?

I would just add that, in many cases, what makes the current business models of many sectors unsustainable also through other paths harms human health. There's a double benefit — in the case of food, the ultra-processed diet of food that relies on industrially produced crops and big-scale agriculture that has produced a diet which have made diet-related diseases like diabetes, cancer, heart disease, the leading cause of premature death and preventable illness. That's also the agricultural system that is contributing so significantly to carbon emissions and greenhouse gas emissions. And similarly the transportation system, which relies on individual cars, has created what some people call transportation apartheid, making mobility available to people who are better off, but increasingly unavailable to people of color and poor people. It's that same transportation system that contributes again in very significant ways to carbon and greenhouse gas emissions.

I think one of the insights I gained from working on this book is that our big health problems are connected. Our food problem and our climate problem, our susceptibility to the COVID pandemic, those are connected. The disasters we've seen in California and Texas and the Gulf Coast, those also show the cost to human health as well as the environment from the policies we've been following. I think the Green New Deal is an example of a policy package that puts the pieces together. And by emphasizing the message that making diminishing the climate emergency a priority, we also create new jobs. We also can give communities a bigger voice in shaping their economic future. I think we ought to be looking to similar policy packages around food, healthcare, transportation, etc. And those things will intersect and will also create the potential for a wide range of constituencies to support those measures. The corporate world and the conservative elected officials have demonized Green New Deal, but I think if you look at popular support, public opinion polls show that the majority supports taking action to reduce climate change supports action, to create new jobs using public support to do that. We need to find new ways to bring together those majorities to have an impact in Washington and in the corporate boardrooms.

I think that's a very interesting point. I'd say the other major criticism that I and other people have of capitalism is the fact that it doesn't really seem structurally possible for capitalism to not create massive income inequality. I know that there are social democrats out there who believe that regulated capitalism can be more effective, but it seems like when you have a democratic system, eventually those protections for people in the working class get eroded and reforms get rolled back. I was wondering what your thoughts were about that.

What I write about in the book is that, especially the ways that capitalism has changed since — I start in the 1970s with the response to the reforms of the 1960s and 1970s here in the United States — capitalism has changed in ways that make it increasingly contributing to income inequality. The dominance of the financial sector, the rise of debt, the heavy emphasis on quarterly returns for investors and corporations, those things have all increased inequality. Capitalism always generated inequality. The changes made after World War II reduced that tendency a little, but what's happened in the last period is that that's become increased. Now my thinking is that the vast majority of people in the United States and the world are harmed in some very direct ways by the current ways that capitalism operates. And we don't need to immediately achieve consensus on what comes after the current form of capitalism. That's a very complicated and controversial topic. Of course we need to talk about it, but I think that the thought that we need to agree on what brand of capitalism or democratic socialism or some alternative is the ultimate goal, I think that distracts us from what can we agree on now to stop the most harmful aspects, to stop the pandemics, to stop the climate emergency, or begin to reverse them. My recommendation is that all of us working to make this country and world healthier focused on what we can do together in the short and middle term. Through doing that, the longer term pathways will become clear. The long-term pathway isn't decided by intellectuals or even activists debating with each other. It's decided by what we do in practice and what works and then needs to be changed to work better. I think if those of us working for change could move towards that mindset, we'd be in a better position to make substantial progress, especially with the opportunities from the defeat of Trump, the emergency imposed by both climate change and the COVID pandemic. We have a real opportunity and I'm hoping we can seize it.