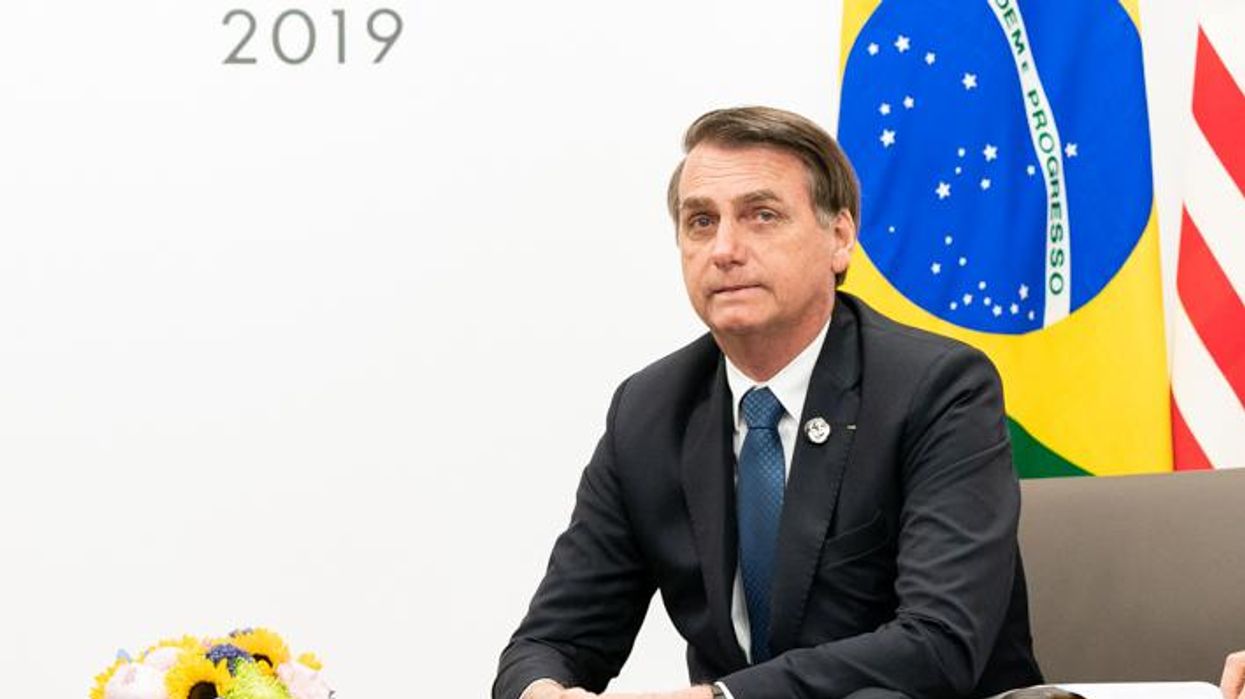 Brazil's political stability was in doubt Tuesday after the heads of all three military branches resigned following President Jair Bolsonaro's dismissal of his defense minister, one of six Cabinet officials who have recently left or been forced out of an administration whose popularity has plummeted amid soaring Covid-19 deaths in South America's largest nation.

The Guardian, citing local reporting, said Bolsonaro demanded Pujol's dismissal because the general resisted the far-right president's efforts to politicize the military. Bolsonaro is an open admirer of Brazil's former U.S.-backed military dictatorship—under which tens of thousands of people were tortured, murdered, and disappeared—and has praised a leading military torturer from that period as a "national hero."

Pujol had also criticized Bolsonaro's handling of the coronavirus pandemic, which according to Johns Hopkins University has claimed nearly 314,000 lives in Brazil, the world's second-highest death toll after the United States.

Ernesto Araújo, Bolsonaro's erstwhile foreign minister, also resigned Monday. The far-right diplomat—known for his fondness for former U.S. President Donald Trump and his disparagement of China—had increasingly alarmed progressives and much of the international community by denying the climate crisis and attacking reproductive and other human rights.

Under Bolsonaro and Araújo, the international standing of Brazil—which, since the restoration of democracy, has been widely viewed as a "soft power superpower"—has deteriorated dramatically.

The BBC reports Bolsonaro has replaced the six departed Cabinet ministers with people linked to a coalition of right-wing parties that support the president in Congress.

Journalist Glenn Greenwald, who lives in Brazil, decribed the complex and still-developing situation as a "major political crisis" for the country.

Bolsonaro—often called "Trump of the Tropics" for his political and philosophical closeness with the former U.S. president—has dismissed Covid-19 as a "little flu," and has refused to follow or promote mask-wearing, quarantine measures, and social distancing, despite having contracted the virus last year. He has also encouraged large gatherings and disparaged vaccines.

Last week, Bolsonaro lied on national television about his actions—or lack thereof—to control the pandemic on a day health authorities recorded 3,158 Covid-19 deaths across the country. Calls for the impeachment of the embattled president over his handling of the pandemic have grown louder in recent months.

"We can't overcome this crisis with Bolsonaro, he is the crisis incarnate," tweeted Gleisi Hoffman, a federal deputy from Paraná state and president of the Workers' Party (PT), the main opposition party. "There is no doubt that this is a crime against life and against public health," she added.

With presidential elections looming in 2022, Bolsonaro also faces the threat of a challenge from Luiz Inácio Lula da Silva, the former president and PT leader whose political rights were restored earlier this month after a Supreme Court justice annulled several criminal convictions related to the wide-ranging Car Wash corruption scandal.

Da Silva, popularly known as "Lula," is widely viewed as a favorite to wrest the presidency from the flagging Bolsonaro. At a rally earlier this month, da Silva said that Brazil "is disorganized and falling apart because it has no government."

The former president had even stronger words for the Bolsonaro administration after Brazil passed the grim milestone of 300,000 Covid-19 deaths last week, calling the coronavirus pandemic "the biggest genocide in our history."

"We must save Brazil from Covid-19," argued da Silva. "Brazil will not withstand it if this man continues to govern in this way."