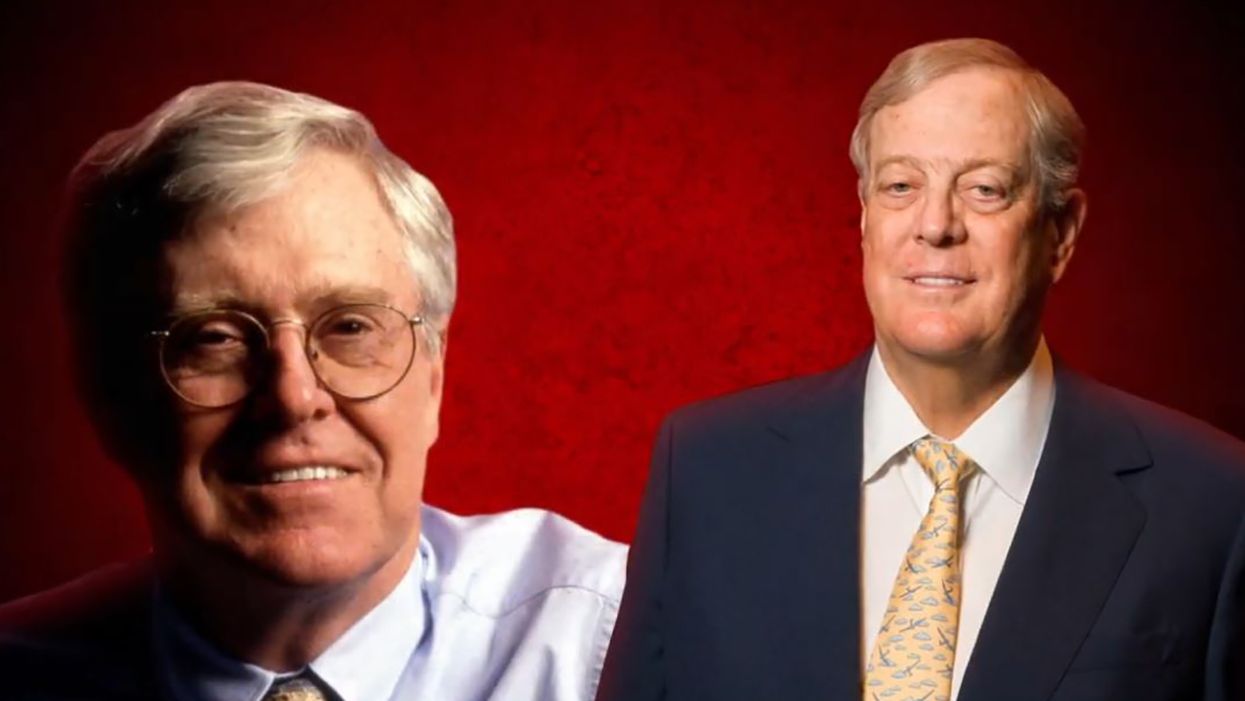 The Jan. 8 recording obtained by The New Yorker reveals leading conservative activists are alarmed by public support for House Resolution 1 and Senate Bill 1, commonly known as the For The People Act, and they privately admitted they had no effective way to counter the argument that billionaires should be able to buy elections.

"When presented with a very neutral description" of the bill, "people were generally supportive," Kyle McKenzie, the research director for the Koch-run advocacy group Stand Together. "The most worrisome part . . . is that conservatives were actually as supportive as the general public was when they read the neutral description."

"There's a large, very large, chunk of conservatives who are supportive of these types of efforts," he added.

The election reform bill, which would ban large, anonymous political donations, enjoys broad public support, and McKenzie told participants that Senate Republicans would need to use "under-the-dome" legislative tactics to stop the bill because generally everyone but them agreed billionaires should not be able to buy elections behind the scenes.

"Unfortunately, we've found that that is a winning message, for both the general public and also conservatives," McKenzie said.

The Koch-funded group had spent a lot of money to find persuasive arguments against the bill, but found that even claiming it would allow Rep. Alexandria Ocasio-Cortez (D-NY) to hold Trump administration officials accountable wasn't particularly effective.

"Sadly," he said, conservatives weren't even persuaded when the phrase "cancel culture" was tied to the bill.

"It really ranked at the bottom," McKenzie said. "That was definitely a little concerning for us."