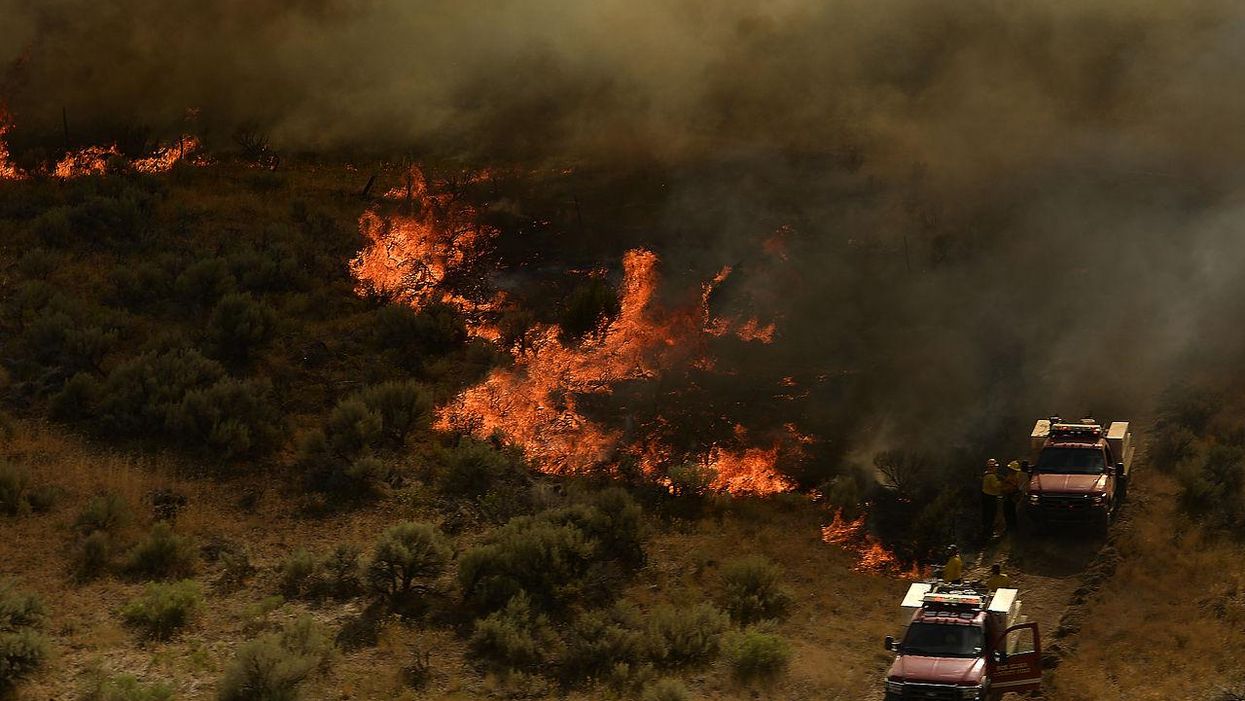 Many environmentalists have been warning that as climate change intensifies in the years ahead, some places will receive too much rain while others don't receive enough — which could mean more floods, hurricanes and torrential rains in Florida and Louisiana but more droughts and wildfires in dry, arid southwestern states like Utah, California, Nevada and Arizona. The challenges that Washington County, Utah is having keeping up with the demand for water is the subject of a report by Vice News.

Washington County was recently mentioned in an in-depth Wall Street Journal article by reporter Jim Carlton, whose piece wasn't about Utah specifically, but the drought that has affected multiple southwestern states. Carlton cited Washington County as a prime example of a place that is facing significant water challenges and quoted Zach Renstrom — general manager of the Washington County Water Conservancy District — as saying, "Our Plan B is you'll have to, at some point, say, 'Stop. You can't build any more houses here.'" And according to Vice News, meeting Washington County's water needs won't be easy.

Vice describes Washington County as a "small booming area" in the Utah desert that is now "home to nearly 200,000 people, going on half a million by 2065." Reporter Josh Hersh, discussing the area's rapid growth, comments, "It almost suggests we've conquered nature here."

But Hersh goes on to say that Washington County and its main city, St. George, "have a much discussed problem — and it has to do with the part of nature they haven't quite conquered yet: water." Hersh explains that in order to bring more water to Washington County, local and state officials want to build a pipeline coming in from the Colorado River Reservoir — which will "cost upward of 2 billion dollars."

Renstrom discussed Washington County's water challenges with Vice, citing a rapidly growing population and climate change as two main reasons why that pipeline is needed. But conservationist Zack Frankel, executive director of the Utah Rivers Council, told Vice why he vehemently opposes the pipeline and considers it a "disaster."

Frankel explained, "It is the largest new water project being proposed in the entire Colorado River Basin today, home to 40 million people…. Some of the populous parts of the American West, in Nevada, California and Arizona, will be impacted by having their water supply diverted upstream of them."

Frankel warned that the water challenges in the southwestern states will become worse as climate change accelerates, telling Vice, "Climate change has been increasing our air temperatures — not just in the summer, but in the winter as well…. We have less water in our reservoirs."

The Town Trying to Pump Billions of Gallons of Water to Their Desert Community www.youtube.com