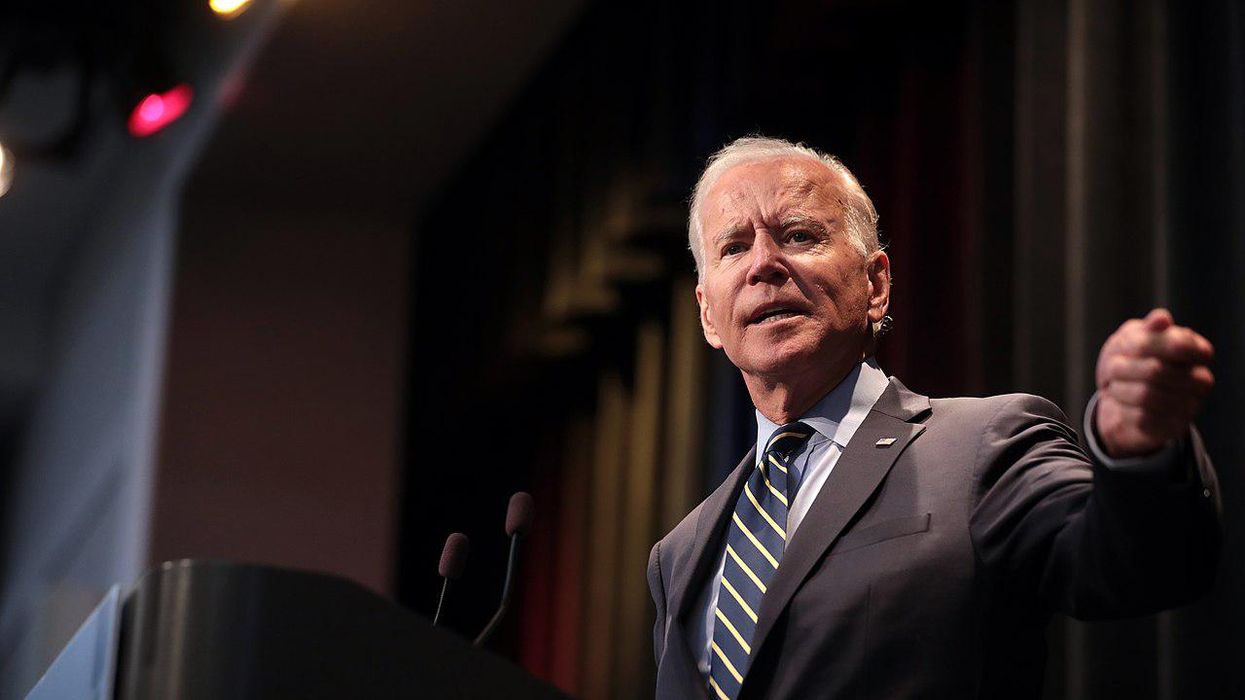 Joe Biden speaking with attendees at the 2019 Iowa Federation of Labor Convention, hosted by the AFL-CIO at the Prairie Meadows Hotel in Altoona, Iowa, Gage Skidmore
Alex Henderson
March 16, 2021

Yesterday marked the 56th anniversary of President Lyndon B. Johnson's historic voting rights speech of March 15, 1965, which came five months before he signed the Voting Rights Act into law. LBJ, during that speech before Congress, called for legislation to protect voting rights for all Americas — and 56 years later, a new generation of voting rights activists are waging what New York Times reporters Nicholas Fandos and Michael Wines describe as "the most consequential political struggle over access to the ballot since the civil rights era."

The Democratic majority in the U.S. House of Representatives recently passed the For the People Act, a bill that, the Times reporters note in an article published this week, "includes a landmark national expansion of voting rights, an end to partisan gerrymandering of congressional districts and new transparency requirements on the flood of dark money financing elections that would override the rash of new state laws."

All over the U.S., Republicans in state legislatures have been pushing bills that would make it more difficult to vote. And Democrats who support the For the People Act have been slamming those bills as outright voter suppression and pointing to them as examples of why new voting rights legislation is needed at the federal level.

But Fandos and Wines point out that the For the People Act faces a steep uphill climb in the U.S. Senate, where Democrats have a narrow majority.

"After approval of the Democratic bill in the House, the campaign to pass the For the People Act, designated Senate Bill 1, increasingly appears to be on a collision course with the filibuster," the journalists observe. "The rule requires 60 votes for passage of most legislation in a bitterly divided Senate, meaning that Republicans can kill the voting bill and scores of other liberal priorities despite unified Democratic control of Washington."

But despite that uphill climb, Fandos and Wines note, voting rights activists are trying to figure out possible ways to get the For the People Act through the U.S. Senate.

Tiffany Muller, president of the groups End Citizens United and Let America Vote, told the Times, "We are at a once-in-a-generation moment. We either are going to see one of the most massive rollbacks of our democracy in generations, or we have an opportunity to say: 'No, that is not what America stands for. We are going to strengthen democracy and make sure everyone has an equal voice.'"

Cliff Albright, executive director of the Black Voters Matter Fund, believes that the For the People Act could be to President Joe Biden what the Voting Rights Act of 1965 was to LBJ.

Albright told the Times, "He's got to have his Lyndon B. Johnson moment…. He needs to use everything he's learned over 47 years in Washington, D.C. to get this bill passed."