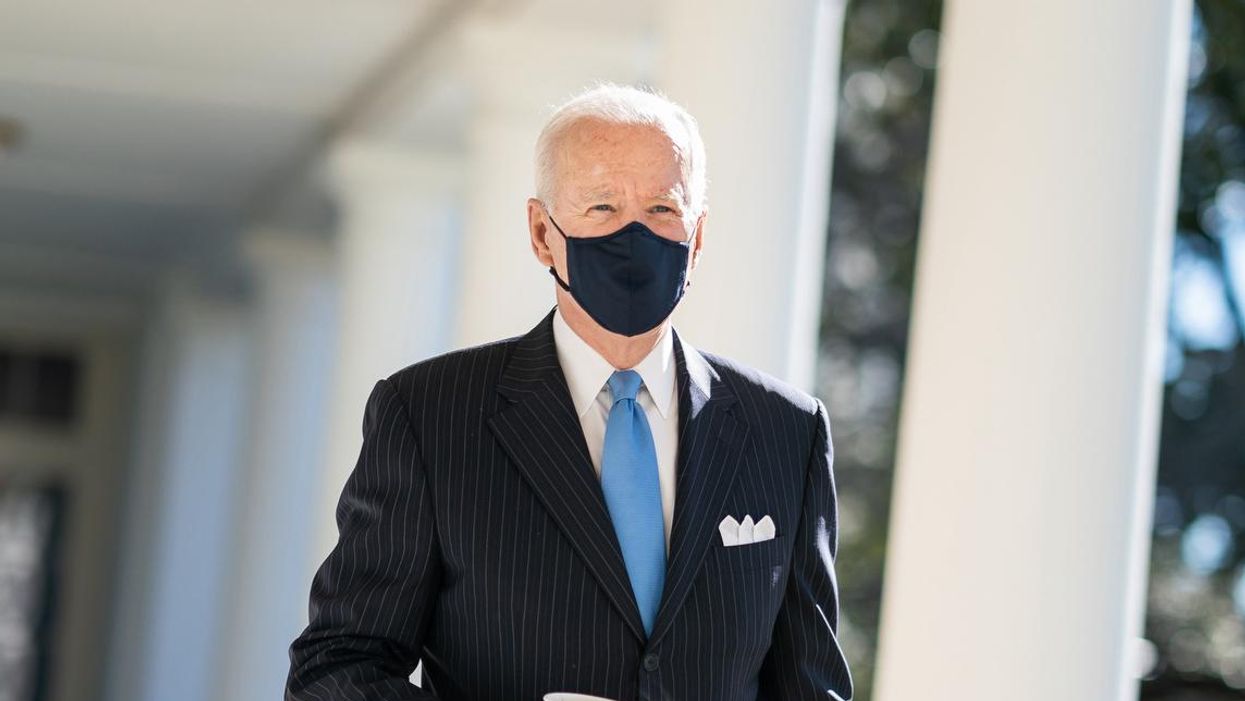 President Joe Biden walks with a cup of coffee Tuesday, March 2, 2021, along the Colonnade of the White House to the Oval Office. (Official White House Photo by Adam Schultz)
Alex Henderson
March 23, 2021

In right-wing media, many pundits are claiming that the immigration policies of President Joe Biden's administration are creating a "surge" of unaccompanied minors showing up at the U.S./Mexico border — one that, they claim, didn't exist when Donald Trump was president and favored stricter immigration policies. The Washington Post examines these claims in an article published this week, and according to reporters Tom K. Wong, Gabriel De Roche and Jesus Rojas Venzor, there is nothing to indicate that Biden has created new border problems that didn't exist under Trump.

House Minority Leader Kevin McCarthy recently claimed that the U.S./Mexico border is suffering a "crisis" that was "created by the presidential policies of this new administration." But according the Post, U.S. Customs and Border Protection data does not bear that out.

We looked at data from U.S. Customs and Border Protection to see whether there's a 'crisis' — or even a 'surge,' as many news outlets have characterized it. We analyzed monthly CBP data from 2012 to now and found no crisis or surge that can be attributed to Biden administration policies. Rather, the current increase in apprehensions fits a predictable pattern of seasonal changes in undocumented immigration combined with a backlog of demand because of 2020's coronavirus border closure.

"The CBP's numbers reveal that undocumented immigration is seasonal, shifting upward this time of year," Wong, De Roche and Venzor observe. "During fiscal year 2019, under the Trump administration, total apprehensions increased 31% during the same period — a bigger jump than we're seeing now. We're comparing fiscal year 2021 to 2019 because the pandemic changed the pattern in 2020. In 2018, the increase is about 25% from February to March — somewhat smaller, but still pronounced."

Migrants, the reporters add, typically "start coming" when "the weather gets a bit warmer."

"We see a regular increase not just from January to February, but from February to March, March to April, and April to May — and then, a sharp drop-off, as migrants stop coming in the hotter summer months when the desert is deadly," Wong, De Roche and Venzor explain. "That means we should expect decreases from May to June and June to July."

The Post reporters add, "What we're seeing, in other words, isn't a surge or crisis, but a predictable seasonal shift. When the numbers drop again in June and July, policymakers may be tempted to claim that their deterrence policies succeeded. But that will just be the usual seasonal drop."