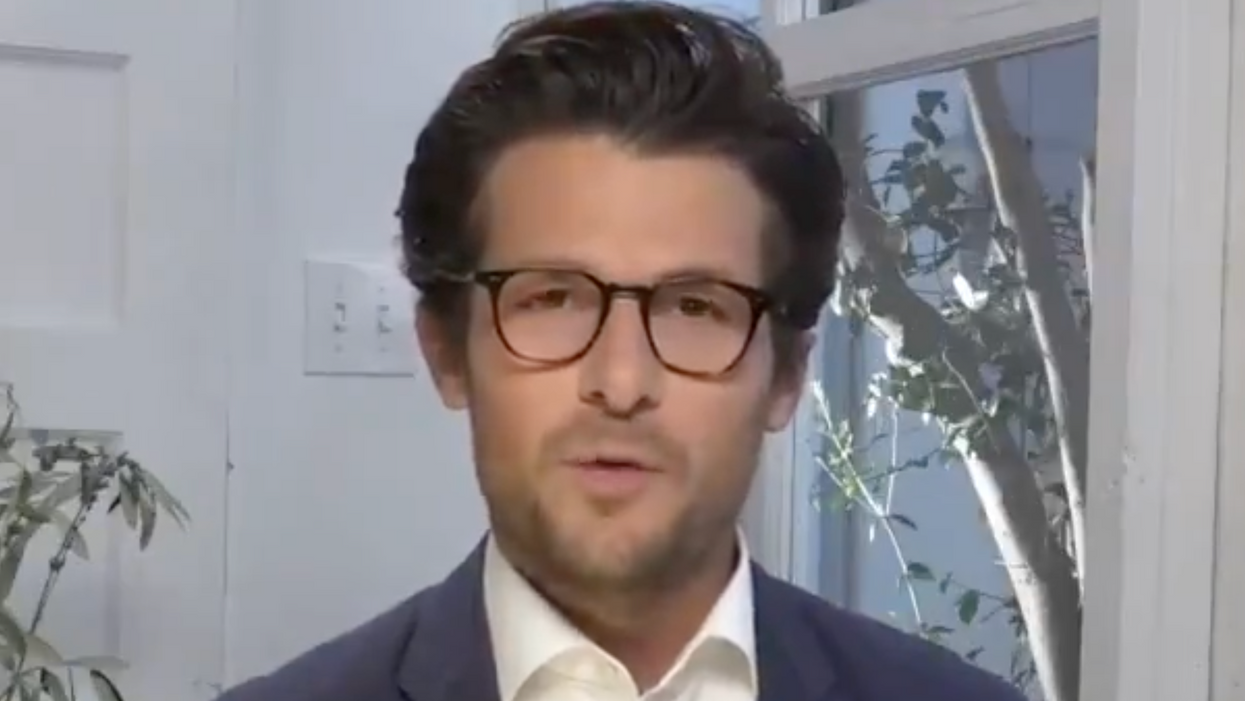 CBS News' Camilo Montoya-Galvez reports that of the 4,000 unaccompanied children currently detained in dangerous and unsuitable Customs and Border Protection (CBP) conditions, nearly 3,000 of those children have been held by federal immigration officials beyond the 72-hour legal limit.

Children who arrive to the U.S. without parents are supposed to be transferred to Health and Human Services (HHS) within three days while the agency works to place them with sponsors (usually relatives and even parents). But the report said "records show that unaccompanied minors are spending an average of 117 hours in a Border Patrol facility, which Homeland Security Secretary Alejandro Mayorkas has said 'is no place for a child.'"

The New York Times reports that the Biden administration this past weekend announced that the Federal Emergency Management Agency (FEMA) would be dispatched to help provide "food, water and basic medical care" to unaccompanied children in U.S. custody. The report said that roughly 8,500 children are currently in custody of HHS' Office of Refugee Resettlement (ORR), in facilities that have seen capacity maximums reduced due to the novel coronavirus pandemic.

The need to get these kids out of CBP custody could not be more urgent. "Children interviewed on Thursday by lawyers conducting oversight as part of a federal court case reported sleeping on the floor; being hungry; only showering once in as many as seven days; and not being able to call family members," the CBS News report said. Neha Desai, an attorney with the National Center for Youth Law, said that one child said they only were able to see the sun when they went to go shower.

The arrival of child refugees to the United States is not new. "Happened under Obama, Trump, now Biden," tweeted MSNBC correspondent Jacob Soboroff. But the previous president implemented a number of anti-asylum policies that blocked vulnerable people and families, and the Biden administration is now allowing in the children that the last administration blocked and have been waiting. Nor is this mistreatment of unaccompanied children new, with a 2019 report from the DHS inspector general under the previous administration finding that border officials held kids for days beyond the 72-hour limit.

While these are all steps that could speed up the safe release of children to sponsors already in the U.S., advocates are expressing concern about other measures taken by the Biden administration, like the reopening of large-scale prison camps for kids. "Carrizo Springs, which, unlike a permanent shelter, is not licensed by the state, raising concerns that the up to 700 teenagers who can be housed in the facility could be subject to inhumane treatment and prolonged confinement," Vox reported.

Advocates have urged the use of these camps only as a last resort. "We demand greater transparency from the Biden administration for the public to verify that this use of mass detention is a temporary aberration, that children will be held there for as brief a period as possible, and that for any short period in which Carrizo Springs remains open, officials are doing everything possible to mitigate the harms of being held there," Japanese American-led organization Tsuru for Solidarity said.

Congressional Republicans including Kevin McCarthy have border visits planned, but it's not actually anything to help these kids, it's to fearmonger. McCarthy's been doing a lot of that lately, including echoing the words of an anti-immigrant hate group. "Their sudden concerns for children are hollow and cynical," tweeted Texas Rep. Joaquin Castro. Advocates urged the need to remember that these are kids. "We need to sort of draw back the hysteria of this moment, focus on treating children fleeing violence and arriving at our border as children fleeing violence and arriving at our border and needing help, and that is okay," immigrant rights activist Alida Garcia recently said on MSNBC.

"Moments like these are tests of a nation's character," Families Belong Together director Paola Luisi, said in a statement received by Daily Kos. "We cannot lose sight of the fact that these are children and families running for their lives. The question is how are we going to greet them: with cruelty and trauma, or dignity and compassion? We are working with partners across the border to ensure that families are safe, healthy, and reunited with their loved ones as quickly as possible, and we demand every government entity involved to approach this situation through the lens of child welfare."