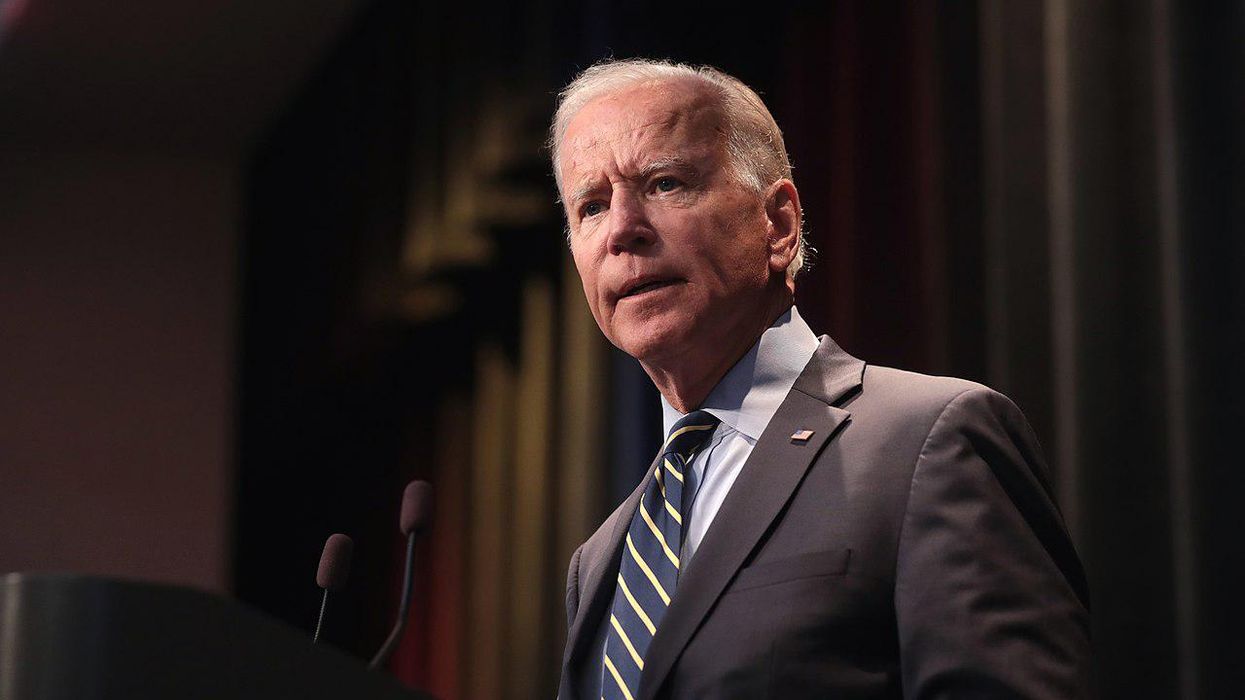 Joe Biden speaking with attendees at the 2019 Iowa Federation of Labor Convention hosted by the AFL-CIO at the Prairie Meadows Hotel in Altoona, Iowa, Gage Skidmore
Alex Henderson
March 05, 2021

President Joe Biden has vowed to end the United States' involvement in "forever wars," meaning overseas conflicts that drag on indefinitely. And White House Press Secretary Jen Psaki, according to Politico reporters Bryan Bender and Andrew Desiderio, is saying that Biden is prepared to work with Congress to bring that about.

Psaki told Politico that Biden wants to "ensure that the authorizations for the use of military force currently on the books are replaced with a narrow and specific framework that will ensure we can protect Americans from terrorist threats while ending the forever wars."

Earlier this week, a bipartisan group of U.S. senators led by Democratic Sen. Tim Kaine of Virginia and Republican Sen. Todd Young of Indiana introduced a bill to repeal two military force authorizations — including one from 2002 and one that was passed in 1991 ahead of the Persian Gulf War.

To defend those strikes, Biden cited his constitutional authority to respond to attacks against the United States. But the only reason U.S. personnel were attacked in the first place because American forces were authorized to be engaged in the first place.

Psaki told Politico, "Tim Kaine has been a leader on questions of war powers throughout his time in the Senate and has helped build a strong bipartisan coalition that understands the importance of Congress's constitutional prerogatives."

A Kaine spokesperson, meanwhile, told Politico, "Sen. Kaine believes that President Biden, who has a deep understanding of both congressional and executive responsibilities, is in a unique position to help America restore balance in how we make decisions about war and peace."