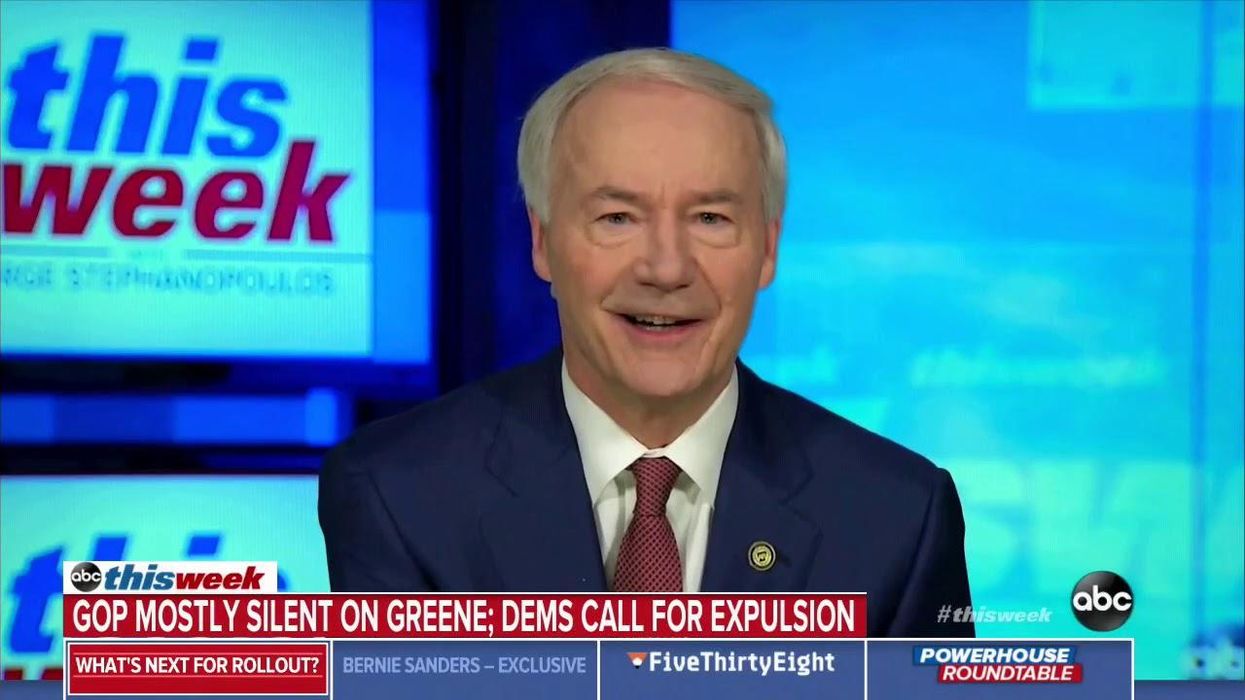 In a statement denouncing the new law the Human Rights Campaign says it "bans transgender women and girls from participating in sports (including extracurricular and school sports at the elementary, middle, high school and collegiate level) consistent with their gender identity."

Governor Hutchinson, who is term limited and cannot run again next year, may be weighing a White House run, some have suggested.

"I have studied the law and heard from hundreds of constituents on this issue," Hutchinson said in a statement. "I signed the law as a fan of women's sports from basketball to soccer and including many others in which women compete successfully. This law simply says that female athletes should not have to compete in a sport against a student of the male sex when the sport is designed for women's competition. As I have stated previously, I agree with the intention of this law."

Last week Hutchinson signed what effectively is a total ban on abortion, saying he wants it to be used to kill abortion rights in the country at the Supreme Court.

"That was the whole design of the law. It is not constitutional under Supreme Court cases right now," Hutchinson told CNN. "I signed it because it is a direct challenge to Roe v. Wade."

Arkansas lawmakers are considering an even more dangerous anti-trans bill, one that would "strip kids of their needed health care and prohibit insurance coverage for trans people of all ages," according to the ACLU's Chase Strangio.