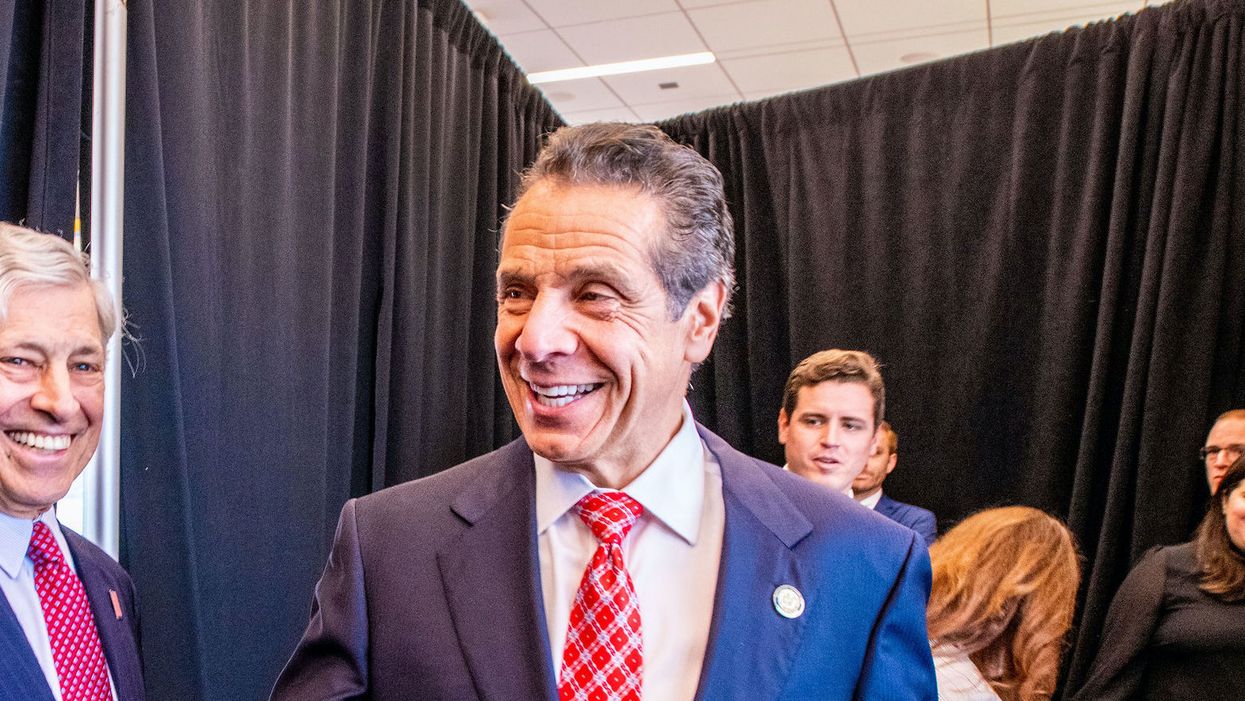 Several New York lawmakers are calling on New York Gov. Andrew Cuomo to resign after reports surfaced late Thursday that top aides to the Democrat omitted the true figures related to nursing home deaths in a state Health Department report from July — just as Cuomo was set to release a book on his handling of the pandemic.

Citing a number of official documents and interviews with people familiar on the matter, The New York Times and The Wall Street Journal reported that there was a concerted effort carried out by Cuomo aids –– including Melissa DeRosa, the governor's top aide; Jim Malatras, a top adviser; and Linda Lacewell, the Superintendent of the state's Department of Financial Services –– to only count New Yorkers who died in long-term care facilities, but not those who got sick in the facilities and later died in a hospital.

Sources familiar with the coverup alleged that the 6,432-person death toll released by the Cuomo administration back in July severely undercounted the actual figure, which hovered around 9,000 "just as Mr. Cuomo was starting to write a book on his pandemic achievements," the Times reported. State officials currently estimate that number to be around 15,000, which includes every death since March of last year.

On March 25, Cuomo issued a state directive ordering that nursing homes cannot reject patients recovering from the virus. The aforementioned July report was initially released to stave off concerns that Cuomo's directive had contributed to the spread of the virus. However, according to a January 2021 investigation by the attorney general's office, Cuomo's mandate "may have put residents at increased risk of harm in some facilities."

Health officials on Thursday maintained that edits were made to the report in the interest of accuracy.

"While early versions of the report included out of facility deaths," said Department of Health Spokesperson Gary Holmes, "the COVID task force was not satisfied that the data had been verified against hospital data and so the final report used only data for in facility deaths, which was disclosed in the report." Beth Harvey, a special counsel and senior adviser to Cuomo, also alleged that "out-of-facility data" was omitted for this very same reason.

However, DeRosa, the governor's top aide, insisted earlier this month that the true figure was omitted because the administration feared it might have been weaponized by the Trump administration, which had already launched a DOJ probe into the nursing home matter.

Prior to January, when a court and a state attorney general ordered that Cuomo acknowledge the nursing home death toll was higher than estimated, Cuomo had fought vociferously against releasing the real numbers. Health officials reportedly felt that Cuomo was attempting to simplify the effects of the virus, but worried that they might lose their jobs if they spoke out.

Thursday's revelations are just the latest in a slew of scandals besetting by the governor.

Three women came forward in recent weeks with allegations of sexual misconduct against Cuomo, who is now under an independent investigation led by the state attorney general.