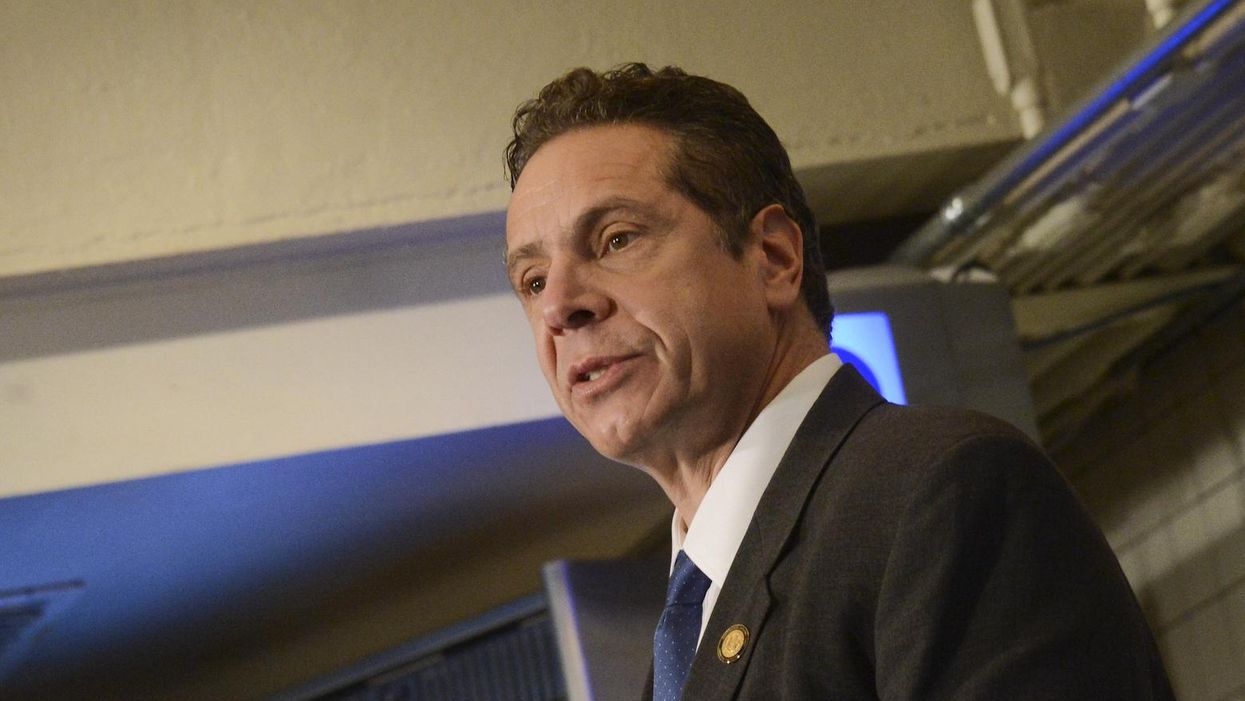 With Joe Biden in the White House, the disloyal opposition is not unreasonably seeking ways to chip away at his legitimacy. One way is make-believing he didn't win.1 Another is make-believing the moral foundation by which the Democrats held the former Republican president accountable suddenly doesn't matter now that the president is a Democrat. This is the reason everyone's talking about Andrew Cuomo.

As you know, he's the Democratic governor of the state of New York. What you might not know is that a third woman has emerged to accuse him of sexual misconduct of some variety. (This time, he allegedly tried to kiss her without her consent.) Last year, the press corps cast Cuomo as Donald Trump's antipode, a state leader stepping up to combat the covid pandemic when the president failed to do any such thing. It has since been revealed that the governor did a terrible job, specifically that his administration allowed an estimated 9,000 covid patients to enter nursing homes around the state.

But it's sex that gets attention. Throughout his one and only term, Trump was dogged by one allegation after another of sexual misconduct, even rape. He never paid a price, because the Republicans shielded him from responsibility. This almost certainly cost the former president electoral support in the all-important suburbs, where affluent and educated white women found a safer embrace among the Democrats. Now that the Democrats control Washington, the Republicans have incentive to portray Biden and the Democrats as the party of hypocrites who refuse to hold their own accountable.

This is why you have seen in the last week silly attempts at moral equivalence between the parties where there is none. Times columnist Ross Douthat, for reasons related, I can only suppose, to his draconian pessimism of human nature, portrayed Cuomo as a fading "anti-Trump idol," as if his efforts were just another failed and disappointing attempt to redeem humanity's sin. Opinion programs on Fox were busy comparing Democratic outrage over Trump's alleged crimes to Democratic "silence" over Andrew Cuomo's. Gretchen Carlson, the former Fox co-host who accused its former top executive of sexual misconduct, co-wrote an op-ed for USA Today: "When it comes to harassment, Democrats cannot talk the talk if they are not willing to walk the walk."

The "if" clause I put in italics seems to me quite telling. For one thing, it suggests a true objective, which is not getting the Democrats to honor their stated moral convictions with respect to gender. The real goal is probably just getting the Democrats to shut the hell up about the GOP's indefensible behavior. For another, it swaps a hypothetical—something that does not yet exist—for something that does. The Democrats have walked the walk. They can talk the talk. Two words: Al Franken.

The former Democratic senator from Minnesota resigned in late 2017 amid the first wave of the #MeToo movement during which he was accused of sexual misconduct. (At first, it seemed like Franken had been targeted by right-wing saboteurs, but two years after quitting, nearly 10 women had come forward to accuse him of myriad crimes.) At the time, some said Franken should not resign unless Trump does. If the Democrats force him out, critics said, they'd be giving up without a fight. I thought that was wrong, politically and morally. I hope, in light of Andrew Cuomo's scandal, we all see that.

But the final reason transactional morality was wrong hasn't come to light until now. The Republicans want everyone to think the Democrats will stand by Andrew Cuomo the way the Republicans stood by (and remain committed to standing by) Donald Trump. They want the public to see the Democrats as talking the talk, not walking the walk. But everything about this gambit requires everyone to forget about Al Franken. The Democrats have a record of holding their own to account, and they will again.

Cuomo might dig in. But that's separate from what the rest of the party should do, which is call for his head. That's what's happening. After today's Times report relaying allegations by a third accuser, US Rep. Kathleen Rice wrote on Twitter: "The time has come. The governor must resign." Rice represents Long Island. She was one of the first to call for Franken's resignation, days before Kirsten Gillibrand did. First slowly and now quickly, the dominoes are falling around Andrew Cuomo. The end is in sight. Will that prevent the Republicans from accusing the Democrats of hypocrisy? Come on.