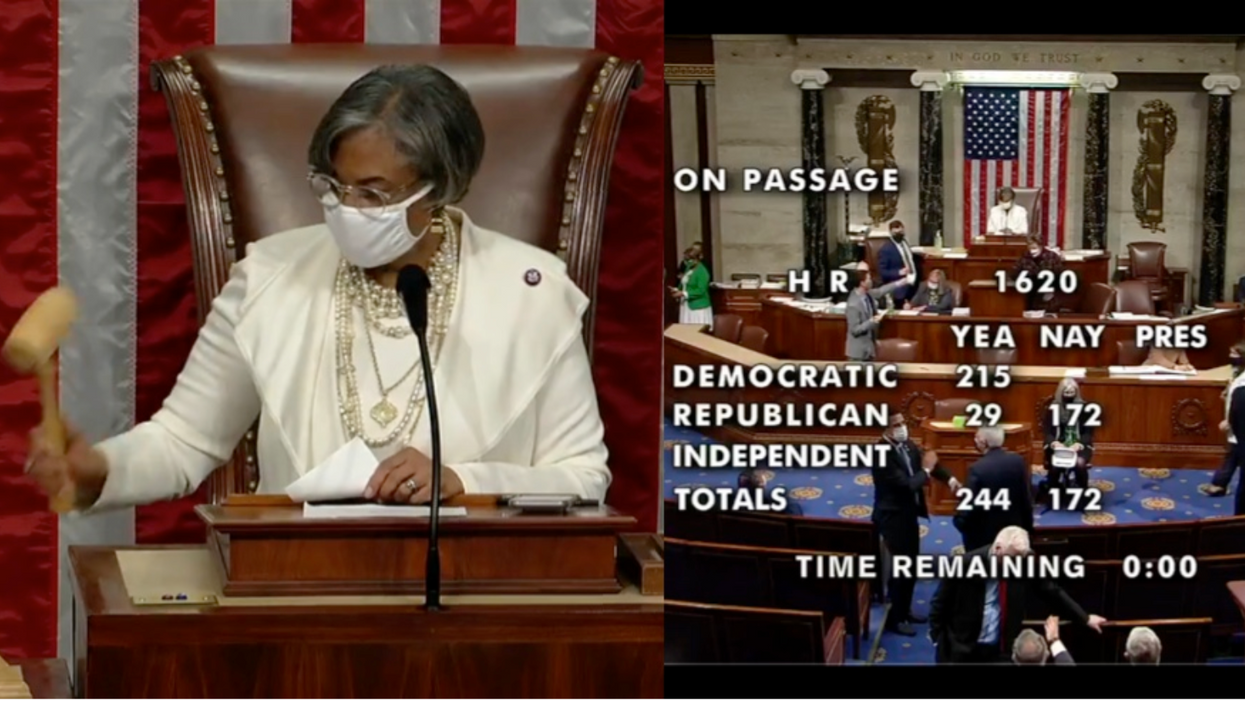 172 House Republicans voted against renewing the Violence Against Women Act Wednesday, just 24 hours after eight women – including six Asian American women – were gunned down in a shooting spree at a series of Atlanta spas by a shooter who is now claiming he has a sex addiction.

The legislation passed 244-172, with a mere 29 Republicans joining Democrats to support the bill. No Democrat voted against it. The bill now heads to the Senate.

The Violence Against Women Act is Clinton-era legislation that was sponsored in 1993 by then-Senator Joe Biden. Originally so uncontroversial it passed on a voice vote in the House and 95-4 in the Senate. It must be regularly renewed, and is currently expired because then-Senate Majority Leader Mitch McConnell (R-KY) refused to allow it to be re-authorized in 2019.

Urging passage of the critical bill, President Biden in a statement last week said: "Delay is not an option, especially when the pandemic and economic crisis have only further increased the risks of abuse and the barriers to safety for women in the United States. Domestic violence is being called a pandemic within the COVID-19 pandemic, with growing evidence showing that the conditions of the pandemic have resulted in escalated rates of intimate partner violence, and in some cases more severe injuries."