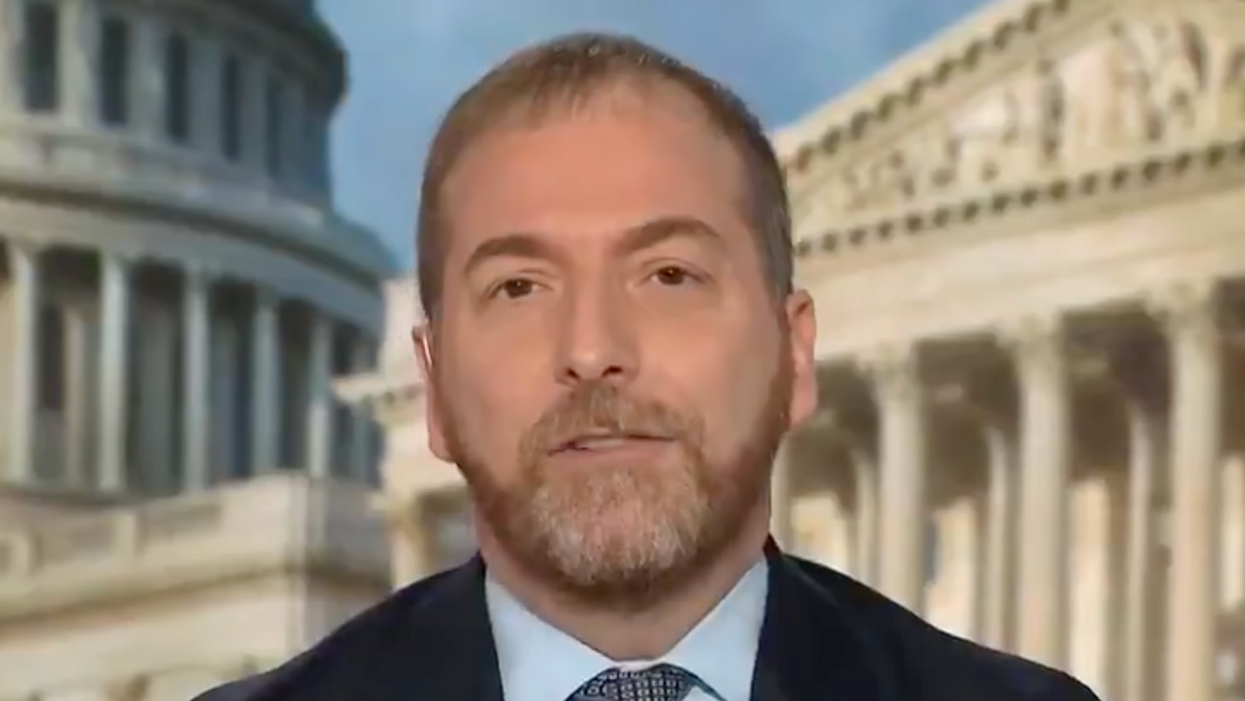 During Donald Trump's second impeachment trial, his defense team has insisted that the former president never called for violence during his speech at the "Save America Rally" in Washington, D.C. on Jan. 6 — that he never encouraged anything other than peaceful protest. But when NBC News' Chuck Todd discussed the trial with his colleague, Lester Holt, on Friday, he stressed that such claims ignore the totality of what Trump said the day a mob violently attacked the U.S. Capitol Building.

Another talking point from Trump's defenders has been that Democrats have also used heated rhetoric at times. And Todd dismissed that argument as disingenuous "whataboutism."

"It's clearly designed to the deepest of the sort of prime-time, talk radio base of the Republican Party….. and look, that's the animated part of this base," Todd told Holt. "That is the Trump base. They're not trying to address any of the real elephants in the room right now, and maybe that is their fast track to acquittal. But they're not actually addressing any of the real accusations that have been made against the former president."