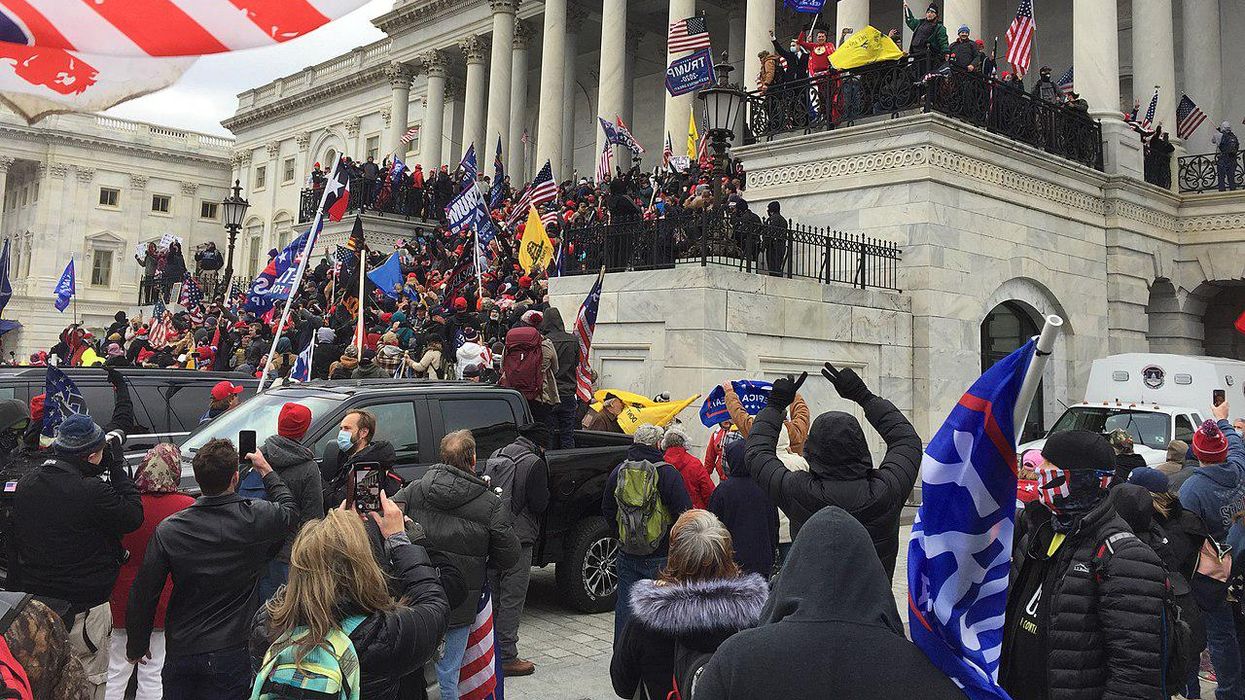 More than 200 people, according to CBS News, are facing federal criminal charges for their alleged roles in the January 6 assault on the U.S. Capitol Building. One of them is Bruno Joseph Cua, an 18-year-old resident of Milton, Georgia. Reporter Colin Kalmbacher discusses Cua's case in an article published by Law & Crime this week, stressing that Cua believed then-President Donald Trump wanted him to "fight" on his behalf when he went to Washington, D.C. that day.

A post on the Parler account Brunocua read, "President Trump is calling us to FIGHT! DOJ, #SCOTUS, #FBI, His own cabinet, everyone has betrayed him. It's Trump & #WeThePeople VS the #deepstate and the #CCP. He knows this is the only way to save our great country, show up #January6th. It's time to take our freedom back the old fashioned way. #Thisisour1776."

That post, according to Kalmbacher, referred to a tweet from Trump in late December that said: "The 'Justice' Department and the FBI have done nothing about the 2020 Presidential Election Voter Fraud, the biggest SCAM in our nation's history, despite overwhelming evidence. They should be ashamed. History will remember. Never give up. See everyone in D.C. on January 6th."

Kalmbacher notes that according to the FBI, Cua attracted law enforcement's attention after "at least two tips" identified him as one of the January 6 rioters.

In an Instagram post that came after the January 6 attack and is mentioned in a criminal complaint, Cua wrote, "Yes, for everyone asking I stormed the capital (sic) with hundreds of thousands of patriots. I'll do a whole video explaining what happened, this is history. What happened was unbelievable…. Yes, we physically fought our way in."

Cua is facing multiple criminal charges at the federal level, including civil disorder, assaulting a federal officer and obstructing an official proceeding.

According to the Atlanta Constitution Journal reporter Shaddi Abusaid, "Cua's mother has a photography business, and his father is the vice president of lifestyle brands and managed development for an international hotel group."