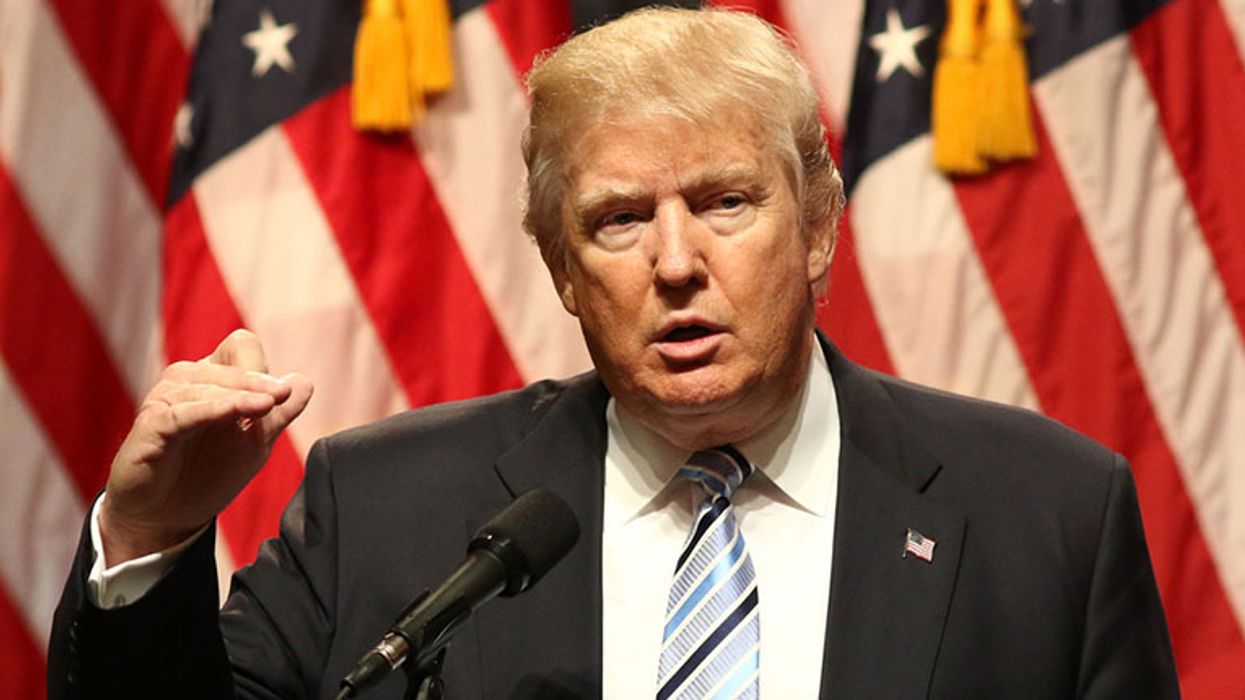 On Monday, the Supreme Court gave the Republican party an enormous gift when it granted federal prosecutors in New York permission to access tax returns and other financial records for Donald Trump. The former president remains under investigation by the office of Manhattan District Attorney Cyrus Vance, who spent much of the last four years going up against the powers of the White House in a bid to force Trump, who is almost certainly guilty of tax fraud and campaign finance violations, into opening his accounting books. Now there's a very real chance that investigation can finally begin in earnest, and Trump may actually face real legal consequences — can we even dream of prison? — for his life of crime.

Vance is a Democrat and Trump has latched on to that fact to paint the entire investigation as a partisan witch hunt. Unsurprisingly, "political Witch Hunt" was his exact wording in a released "statement" that was really more of a diatribe from the Twitter-deprived ex-president. He also whined that this "is all Democrat-inspired in a totally Democrat location, New York City and State, completely controlled and dominated by a heavily reported enemy of mine, Governor Andrew Cuomo," even though Cuomo plays no part in the choices of federal, state or local prosecutors.

The reality is that the Supreme Court which made this decision leans not only heavily conservative but has three justices appointed by Trump. Two of the three were sitting justices when the court decided a similar case in Vance's favor back in July, and both of those justices ruled against Trump. Moreover, elected Republican leaders have been notably quiet in response to the decision, despite Trump's desperate attempts to make this a partisan issue.

It's no wonder. If Republican leaders know what's good for them, they should want nothing more than for Trump to go to prison, ideally for a long time. It would be the perfect solution for the current conundrum facing the GOP. On one hand, they are addicted to Trump, dependent on him for his much-ballyhooed "base" of cranks and conspiracy theorists. They also generally support his agenda of gutting democracy, even if some of them balk at the violence of his methods. On the other hand, there is no doubt that many in Republican leadership are worried about Trump's excesses and chaos — he did almost get his own vice president murdered, lest we forget — and would like Trump himself to be out of the picture.

Republicans, in other words, want this Trumpism-without-Trump that there's been so much talk about. They want the political energy he was able to generate and his power to turn millions of Americans against democracy, but without Trump himself. Trump, however, ever the consummate narcissist, just won't let it happen. The former president is scheduled to be the headliner at this week's Conservative Political Action Conference, where he'll reportedly hint at a 2024 run. And he continues to make a big show out of moving politically against Republicans he believes are disloyal. They don't get to miss him, because he won't go away.

Senate Minority Leader Mitch McConnell, R-Ky., clearly grasps that the thing that would get Trump out his hair permanently — without breaking up the Trump coalition — is a lengthy stint in the pokey. Even as he cowardly refused to vote to convict Trump at his impeachment trial, McConnell tried to have it both ways by giving a speech declaring that there is "no question that President Trump is practically and morally responsible for provoking" the Jan. 6 insurrection that threatened the lives of so many in Congress and former vice president Mike Pence. And while he continued, in his cowardly fashion, to back away from the question of whether Trump was criminally liable, it was clear McConnell was hoping someone would rid him of the Mar-A-Lago menace. He just didn't have the guts to be the one to do it.

But if Cy Vance got rid of Trump by throwing him in prison, well, that's a win-win for congressional Republicans. They really could have it both ways: keeping Trump as a symbol to rally their increasingly fascistic base for the cause of gutting democracy, while not having to deal with the annoying and dangerous man who left them to die during his insurrection. They even could — no doubt would — turn Trump into a martyr for the authoritarian cause, claiming his imprisonment is due to being "canceled," instead of the logical endpoint of a life of crime.

Not, to be clear, that any of these concerns should cause Democrats not to root for Trump finally getting what he deserves. Whatever short-term political benefits that Republicans get will almost certainly be outweighed by the value of reminding other would-be criminals in the GOP that there might actually be consequences for illegal behavior.

After all, one of the most frustrating aspects of the Trump tax return saga is how much of this information has been made public already, without mattering one whit politically. In September 2020, the New York Times — after years of trying — finally got their hands on Trump's documents and revealed that his financial situation was even shadier than many of the more lurid fantasies of his detractors. He was a wretched businessman, who had pissed away two massive fortunes — which totaled $840 million— granted to him first by his father and then by "Apprentice" producer Mark Burnett. Somehow, despite these two massive cash infusions, the documents suggested Trump was up to a billion dollars in debt. Moreover, Trump was a promiscuous tax cheat, which was hyped at the time as the biggest takeaway from the story.

But it all amounted to nothing, in terms of Trump's political popularity. He likely lost no votes for his tax cheating or his business failures, the latter of which didn't get nearly the press it should have. The reason is simple enough. Trump never bothered to hide that he was a cheater and a criminal from his followers. Instead, he simply argued that everyone in politics is a sleazy criminal, and suggested the only difference was that he was better at it. So his voters didn't care that he was a criminal. If anything, they saw it as a bonus, as if he was going to use his criminal smarts on their behalf, instead of what he actually did, which is treat them like marks to be drained of cash.

In a party where being an obvious criminal doesn't come with any political penalty, the only hope of scaring other Republicans straight is, quite literally, the threat of prison. Trump's flagrant disregard for the law has already empowered the beak-wetting urges of his fellow Republicans. If he ends up in the slammer, however, they might think twice before deciding that there's no downside to abusing their offices for cash or other similar ethical transgressions.

This is one of those few situations that's a legitimate bipartisan win.

If Trump goes to prison, Republicans get what they always wanted, which is Trumpism without Trump. Democrats also benefit from getting rid of Trump — really, everyone does — and they get to send a message that crime does have consequences, even for rich Republicans. It's something everyone should be rooting for.