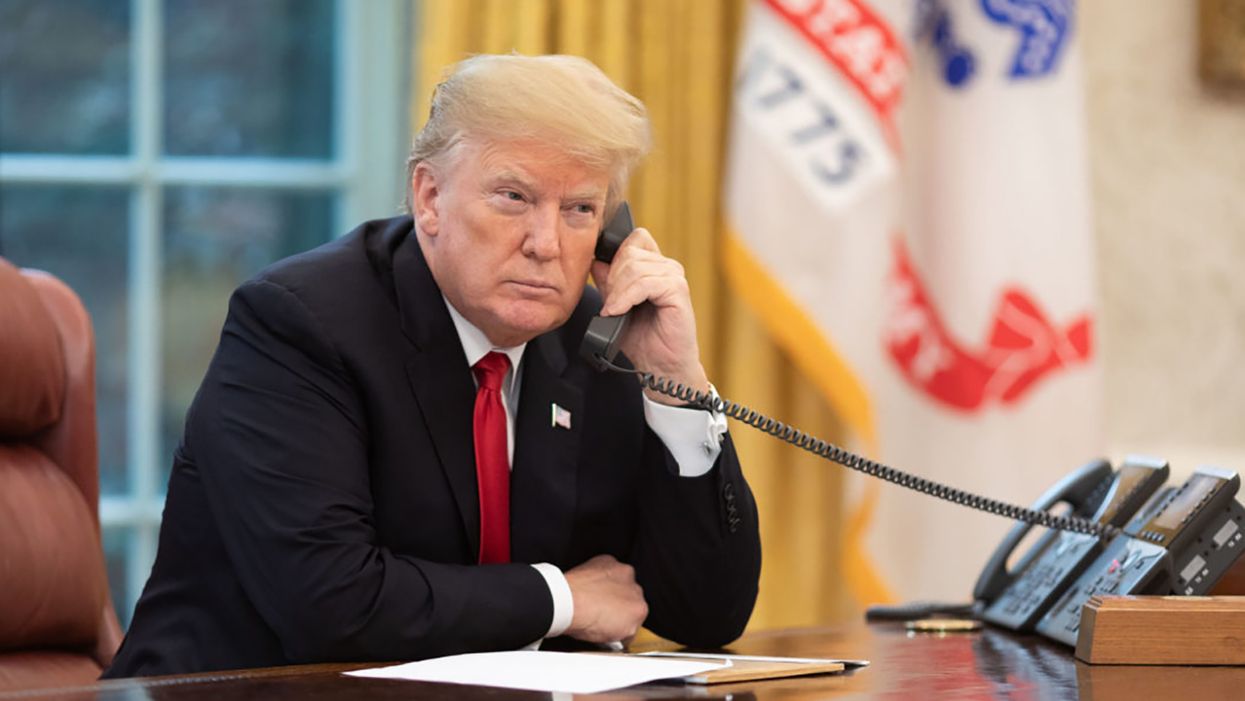 Last month, veteran political attorney Cleta Mitchell was forced to resign as a partner at the prominent Washington-based firm Foley & Lardner after it became clear she had secretly aided former President Trump's efforts to overturn the election results, in violation of the firm's policy.

It's been a rough few months for Mitchell: The firebrand conservative activist and political lawyer was listed as an officer on a nonprofit run by former Trump strategist Steve Bannon, which is now part of a federal fraud investigation. Former White House chief of staff Mark Meadows, a friend and client of Mitchell's, has attracted legal scrutiny for allegedly misusing political contributions. Shortly after Mitchell's departure from Foley & Lardner, the firm appears to have taken steps to resolve newly-discovered issues with its own super PAC.

Cleta Mitchell was born Cleta Deatherage in 1950, in Oklahoma, where she served in the state legislature from 1976 to 1984 — as a Democrat focused on women's rights, believe it or not. In the 1990s, she changed her party affiliation to independent after the federal government investigated and convicted her husband, Dale Mitchell, of bank fraud, fining him $1.3 million in restitution and sentencing to five years' probation. Though the judge in the case suggested that Dale had lucked out by avoiding prison time, the episode convinced Cleta Mitchell that "overreaching government regulation is one of the great scandals of our times," and she soon became a registered Republican.

Since then, Mitchell has been one of the most influential, if largely invisible, figures in conservative politics, serving as legal counsel for both the National Republican Senatorial Committee and the National Republican Congressional Committee, as well as the National Rifle Association. Individual clients have included numerous Republican elected officials and candidates, including Sens. Jim Inhofe of Oklahoma, Marco Rubio of Florida, Pat Toomey of Pennsylvania, Roy Blunt of Missouri and Jim DeMint of South Carolina, whose GOP networking firm hired Mark Meadows a week after he left the Trump White House. Mitchell has also served on the boards of a number of powerful conservative organizations, including the NRA, the Bradley Foundation and the American Conservative Union Foundation, which runs the Conservative Political Action Conference and endured an embezzlement scandal while she was there.

Mitchell has spoken out fiercely against marriage equality, led attacks on the IRS amid allegations that Tea Party-affiliated nonprofits were treated unfairly during the Obama administration and, more recently, criticized coronavirus restrictions for allegedly infringing on religious groups' rights.

In 2011, Mitchell represented Donald Trump against allegations that his exploratory campaign had violated federal election laws by accepting unlawful in-kind contributions from his own business. She defended Trump's knowledge of campaign finance laws in a 2018 Wall Street Journal article about the Stormy Daniels scandal, a clip that Foley & Lardner deleted from its page shortly after her departure.

When news broke of Bannon's arrest on fraud charges last August, Salon reached out to Mitchell for comment on her involvement with his nonprofit Citizens of the American Republic (COAR), which federal prosecutors allege Bannon and associates used as a vehicle to create phony invoices related to their larger scheme. Mitchell declined to speak about the matter, citing attorney-client privilege, but when Salon pointed out that she had not only represented the group but also served as an officer — the organization's most recent IRS filing lists her as secretary — she hung up. Mitchell appears to have blocked this reporter's phone number, and when Salon attempted to reach her through her husband for this story, her husband claimed he was "not authorized to share her contact information."

Bannon was later pardoned by Trump, and is not clear whether COAR is still part of the ongoing federal investigation into the alleged conspiracy. Prosecutors in New York are now considering bringing Bannon up on state charges, which would likely not be shielded by the presidential pardon.

Not long before Bannon's arrest, Trump appointed one of Mitchell's friends to the U.S. Commission on Civil Rights, a bipartisan body whose investigatory ambit includes voting rights. Mitchell, a longtime proponent of baseless election fraud claims — in 2010 she said that then-Senate Majority Leader Harry Reid, D-Nev., "intends to steal this election if he can't win it outright" — appeared with Trump at an Oval Office event that same month, where Trump introduced her as a "great attorney."

During the 2020 election, Mitchell publicly defended Trump's false claims that the election was stolen from him. She told Reuters that the president's allies were prepared to fight what she characterized as a "very well-planned-out assault" by liberals to change rules about ballot counting after Election Day, measures that Democrats say were intended to ensure that all proper votes were counted. After the election, Mitchell had a role in a Fox News clip that went viral, when anchor Sandra Smith was caught expressing disbelief at the attorney's claims while her mic was still on.

"Just because CNN says — or even Fox News says — that somebody's president doesn't make him president," Mitchell said, prompting Smith to roll her eyes and say, "What? Trace, we've called it," referring to Fox's projection that Joe Biden had won the election.

Despite the media appearances, Mitchell's post-election work with Trump went largely unremarked until the Washington Post published a recording of a phone call in which the then-president asked Georgia Secretary of State Brad Raffensperger to "find" votes that would overturn his state's result. Mitchell's presence on that call — in an "informal" capacity, according to Meadows — was noteworth because at the time Trump was having trouble finding reputable attorneys to take up his desperate attempts to reverse his defeat, instead relying on conspiracy theorists such as Sidney Powell and former LifeLock spokesperson Rudy Giuliani.

At one point in that call, Trump interrupted Mitchell when she spoke up about allegedly problematic ballots cast for Biden in Atlanta.

"I know about it, but —" Mitchell said, before Trump jumped in.

It's unclear exactly when Mitchell began working with Trump's team, but Maggie Haberman of the New York Times reported that she had been advising him for "weeks," and had been brought aboard by Meadows, her longtime friend. At the time, Meadows was the subject of a federal election complaint filed by the government watchdog group Citizens for Responsibility and Ethics in Washington, based on Salon's exclusive reporting that the former North Carolina congressman appeared to have habitually misused campaign donations for personal expenses. A recent filing with the Federal Election Commission, which includes a large, anomalous payment from Meadows' PAC to Mitchell's former firm, Foley & Lardner, suggests that the complaint triggered a federal investigation.

After news of the Raffensperger phone call surfaced, Foley & Lardner released a statement saying the firm's policy barred it from representing anyone trying to contest the 2020 election results, and that it was "concerned" by Mitchell's role in the call and was "working to understand her involvement more thoroughly." She resigned the next day, blaming a "massive pressure campaign" brought against her by "leftist groups via social media."

After her departure, however, the firm appears to have reviewed her work with its employee PAC, and decided to take control back from employees hired by Mitchell. Last year, the PAC received two letters from the FEC notifying it that the group's treasurer, Chris Marston, had failed to sign monthly reports. Mitchell had hired Marston, a Republican operative, to replace the PAC's former treasurer and firm partner Theodore Bernstein. Foley & Lardner reversed that decision after Mitchell resigned, reinstalling Bernstein. It is unclear why Marston did not sign the reports, and unclear when the firm first became aware of the FEC notices.

Foley & Lardner did not respond to Salon's request for comment.