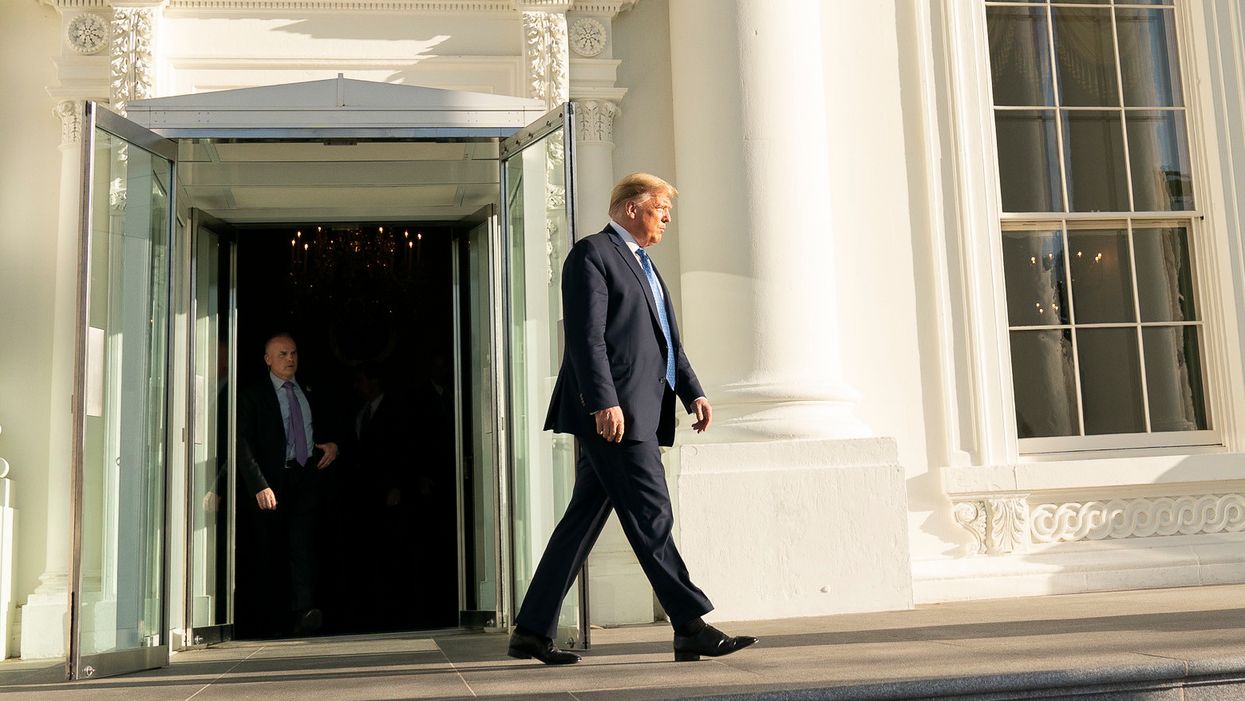 Over the weekend, former President Donald Trump's second impeachment trial ended in an acquittal when the majority of Republican senators refused to convict him. The "guilty" votes included seven Republicans and all 50 Senate Democrats, which was still ten votes short of the two-thirds majority needed for a conviction.

Some of Trump's devotees in the right-wing media have been claiming that the former president has once again triumphed over a "partisan witch hunt," but two conservative opinion pieces — one by the Wall Street journal's editorial board, the other by Washington Post columnist George Will — stress that Trump's acquittal was far from a total vindication and that he will not win a second term in 2024.

Trump was facing an article of impeachment for "incitement for insurrection" because of his actions on Jan. 6, when a violent mob attacked the U.S. Capitol Building. Rep. Jamie Raskin and other Democratic impeachment managers presented extensive evidence that Trump encouraged the mob; Trump's impeachment lawyers claimed that he never asked the rioters to resort to violence and urged them to be nonviolent.

WSJ's editorial board notes, "Seven Republicans joined every Democrat in the most bipartisan conviction vote in history. While short of the 67 votes needed to convict, most Republicans didn't defend Mr. Trump's words or actions on Jan. 6 or his attempts to overturn the election. As we've written before, Mr. Trump's behavior was inexcusable and will mar his legacy for all time. That was the essence of Sen. Mitch McConnell's post-trial remarks."

Although Senate Minority Leader McConnell voted "not guilty," he was vehemently critical of Trump when the trial concluded. McConnell's issue with the trial wasn't the case that Raskin and other Democrats presented against the former president; rather, McConnell made a procedural argument, saying that it was unconstitutional to have an impeachment trial for a former president.

"The GOP leader voted against conviction but explicitly because he said the Constitution reserves the impeachment power only for presidents while in office," the WSJ's editorial board explains. "Scholars disagree on this point, and there are good arguments on both sides."

Regardless, the editorial board notes that McConnell was "lacerating" in his criticism of Trump and emphasizes that the former president will not be winning a second term in 2024.

"Mr. Trump may run again, but he won't win another national election," the WSJ's editorial board writes. "He lost reelection before the events of Jan. 6, and as president, his job approval never rose above 50%. He may go on a revenge campaign tour, or run as a third-party candidate. But all he will accomplish is to divide the center-right and elect Democrats. The GOP's defeats in the two Jan. 5 Georgia Senate races proved that. The country is moving past the Trump presidency, and the GOP will remain in the wilderness until it does too."

Will, a Never Trump conservative who has been among the former president's blistering critics on the right and was glad to see Joe Biden defeat him in 2020, is also confident that Trump will never return to the White House.

The Post columnist explains, "McConnell knew that if he voted on Saturday to convict Donald Trump, he would have been lionized, briefly, by many of his detractors, who are legion. Because he is the most consequential conservative since Ronald Reagan, his vote would have begun a process to which he is committed: that of making Trump inconsequential. But the time is not quite ripe….. McConnell knows that Trump's grip on the Republican base — its activist core, which is disproportionately important in candidate-selection primaries — remains unshaken. But not unshakable."

McConnell, Will argues, is thinking long-term. The Senate minority leader, according to Will, wants to see Trump lose his grip on the GOP, but he doesn't expect that to happen right away.

"Trump's potential problems, legal and financial, might shrink his stature in the eyes of his still-mesmerized supporters," Will writes. "McConnell knows, however, that the heavy lifting involved in shrinking Trump's influence must be done by politics. He has his eyes on the prize: 2022, perhaps the most crucial nonpresidential election year in U.S. history. It might determine whether the Republican Party can be a plausible participant in the healthy oscillations of a temperate two-party system."