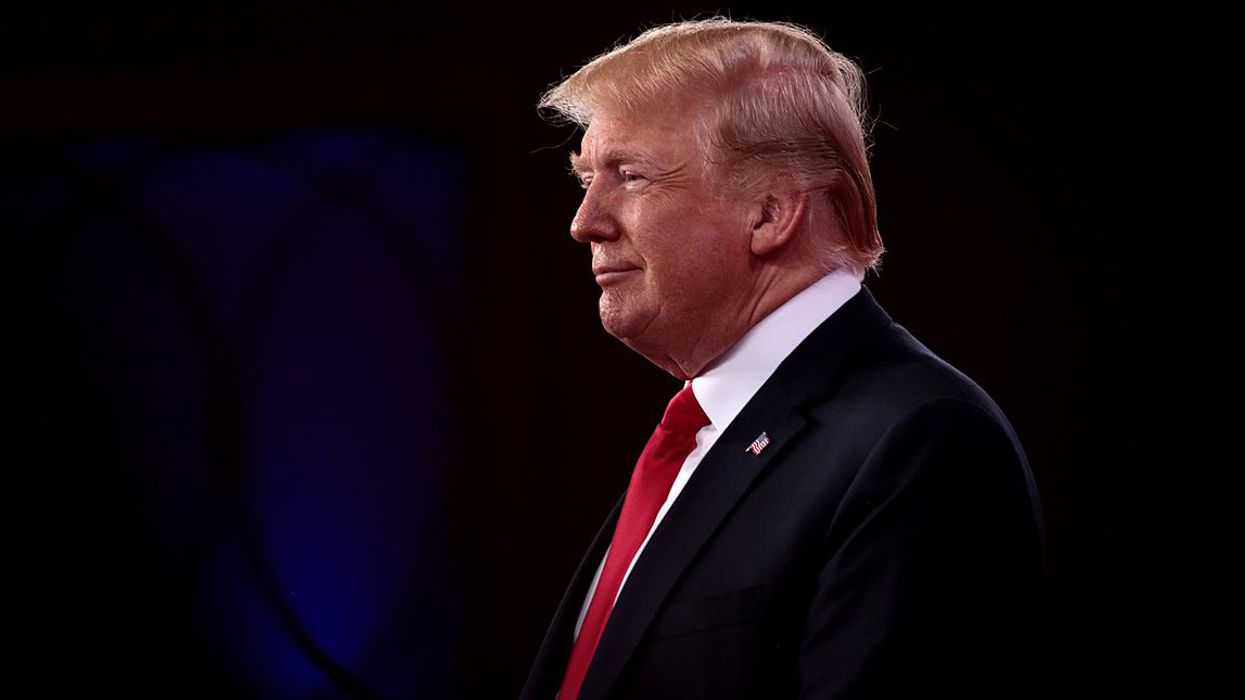 The Conservative Political Action Conference (CPAC) kicks off on Thursday, seven weeks and one day after Donald Trump sent a murderous mob to rampage through the Capitol in a final, violence-soaked bid to overturn the presidential election. The annual confab — which has become the central event of the year for Republican politics — not only has no distance from the events of Jan. 6, it is basically shaping up to be a celebration of both the man and the movement that inspired a fascist insurrection.

It's not just that Trump is going to be the headline speaker on Sunday, allowing the same man whose mob tried to kill members of Congress and his own vice president to soak in conservative adulation. It's also that the speaker's list is heavily populated by other major right-wing figures — including Sen. Josh Hawley of Missouri and Sen. Ted Cruz of Texas — who spent the past few months stoking the Big Lie that led to the insurrection.

Just as critically, the themes of the conference — that Joe Biden "stole" the election and that conservatives are somehow being "canceled" by shadowy liberal forces that secretly control everything — align with the same themes that drove the insurrection and Trump's defenses of his behavior.

"The conference, organized and sponsored by the American Conservative Union, will even keep alive Trump's false claims of election fraud with several panels on the topic with names like 'Other Culprits: Why Judges & Media Refused to Look at the Evidence,' 'The Left Pulled the Strings, Covered It Up, and Even Admits It' and 'Failed States (PA, GA, NV, oh my!),'" NPR reports. "One panel will discuss whether tech companies are 'colluding to deprive us of our humanity.' One speech will explore what to do when a social media network 'de-platforms' a conservative by deleting his account," David Weigel of the Washington Post reports. Even the theme of the conference is "America Uncancelled."

Unsurprisingly, these two major themes — fake "concerns" about election "fraud" and conservatives feeling entitled to platforms provided by private companies — dovetail with the twin obsessions of Trump, who believes that he is owed both the White House and a Twitter account to spread lies and encourage violence.

Matt Schlapp, the chairman of the American Conservative Union who hosts CPAC, has been playing rhetorical games with the press, coming just short of saying the election was stolen and the insurrection was justified by citing the "beliefs" of Republican voters to justify spreading the very lies that led to the violent insurrection.

"Right now, half the country" is angry about "the media coverage of the election," Schlapp told Weigel, saying CPAC will "cover the facts that most people in the media canceled."

By "facts," of course, he means the lies that Trump hyped and continues to hype which the media "canceled" on the grounds that they are not true. CPAC's lineup shows how central the whining about "cancel culture" is to justify the insurrection. It's difficult to defend lying to the public to stoke a violent insurrection on its own terms. So conservatives are using bank shot arguments to defend the violence and lies by saying any effort to counteract them — such as taking down Trump's Twitter account because he keeps inciting violence — is somehow an assault on "free speech."

This is also the circular logic being embraced across the GOP, starting with Hawley's claim that he was justified in challenging Pennsylvania's election results because "many citizens in Missouri have deep concerns about election integrity." Trump and his allies tell lies about the election, Republican voters believe those lies, and Republican leaders use that belief as evidence that the lies need more hyping in order to "represent" views that were instilled by the first round of lies.

But the widespread nature of the belief that Biden "stole" the election doesn't make it true, nor does it mean that the mainstream media is obligated to present it as "fact" to avoid accusations of "cancel culture." This is all a tapdance to rationalize what is really going on, which is that CPAC is being used to normalize, justify, and mainstream Trump's insurrection within the larger Republican Party.

That the conservative movement and therefore the Republican party would eventually rally to Trump's side and embrace a defensive stance towards his insurrection was likely inevitable. Initially, a number of GOP congressional members were rattled by having a howling mob banging through the Capitol, demanding their heads. But the gravitational pull of excusing any and everything Trump does, no matter how illegal or evil, has too much power. The writing was also on the wall once Fox News started to lean heavily towards insurrectionist defense. As Media Matters has documented, Tucker Carlson in particular has been aggressive about defending the honor of the people who responded to Trump's incitement by violently shutting down the electoral college certification (though eventually Congress reconvened and finished). Carlson has also repeatedly conflated the insurrectionists with Trump voters in general, encouraging his viewers to believe that being a Republican means being on the side of those who tried to overthrow the government.

The results of the propaganda campaign have been heartening for the anti-democratic right.

While most Americans correctly believe that Trump incited the insurrection, the majority of Republican voters — 75% of them, according to a recent poll — continue to support him and want him to play a prominent role in the party going forward. "Republicans are backing Trump not in spite of the insurrection but because of it," David Graham of The Atlantic writes, noting that the reason they voted for him in the first place is because "they saw him as someone who would actually fight for their vision of American culture, doing whatever it took to win."

"Trump's frantic attempt to overturn the election didn't work, but it was just the sort of furious effort his supporters wanted," he adds.

CPAC will be awash in rhetorical games meant to put a palatable spin on this pro-insurrectionist sentiment. Fascists will be painted as victims of "cancel culture." Efforts to throw out millions of legal votes will be framed as "concerns" about "fraud." Trump will be given all the time he wants for a self-pitying stemwinder about how he's the real victim here — not the Americans he attempted to disenfranchise, nor the Capitol police who died or were injured as a result of his lies, nor the congressional staff traumatized by his mob. And the Republican Party will continue its march away from democracy and towards blatant authoritarianism.