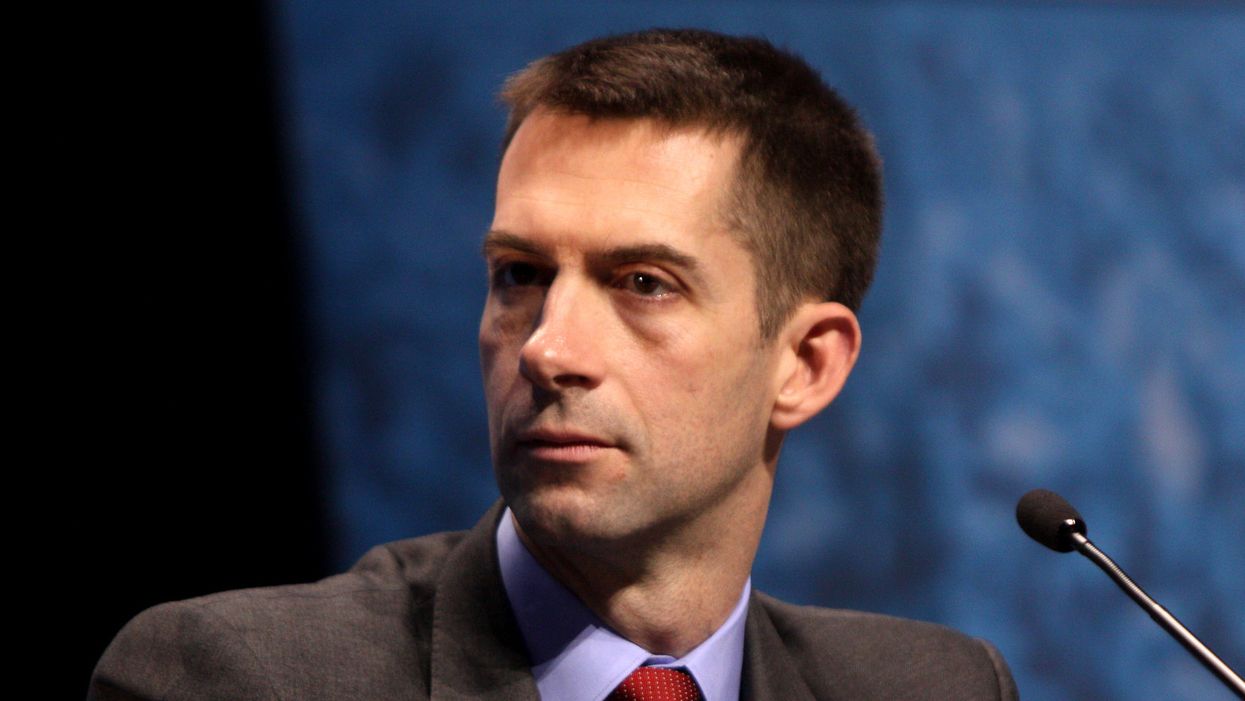 The toxic amendments Mitch McConnell promised in the "vote-a-rama" for the Senate's COVID-19 budget resolution were delivered, but few succeeded in the end. Even though they were all non-binding and by no means have to end up in the final package, the worst of them were dispatched by the time the final vote came around.

That included an obnoxious amendment from Sen. Tom Cotton of Arkansas to try to jam Democrats into committing to rule out expanding the Supreme Court. He failed to win over even one Democrat after his amendment was challenged, because it had nothing to do with coronavirus. Sen. Dick Durbin handled the matter with aplomb, and handed Cotton his hat. "The Constitution does not stipulate the number of Supreme Court justices. That's up to Congress," he started out. Then he proceeded with a little history lesson for Cotton.

"Congress has a long history of altering the make up of the court," he said. "The number of justices changed six times before we arrived at the number nine. This amendment chooses to ignore the history." He just happened to have his pocket Constitution in hand during the tutorial to Cotton. "But," he said, continuing his lesson, "for the record, there is exactly one living senator who has effectively changed the size of the Supreme Court, he said. "That's Sen. McConnell, who shrank the court to eight seats for nearly a year in the last year of the Obama presidency by refusing to fill the Scalia vacancy."

He continued, saying that President Biden's commission on court reforms deserves the chance to do its work. He wrapped up, "Come to think of it, should we be changing the Senate rules in a budget resolution?"

"I think not," he said, and raised a point of order that the amendment was not germane to the budget resolution and should not be allowed. Cotton needed 60 votes to overcome that objection, and got just 50—the Republicans. Not a single Democrat joined, even though they could have and still not let the amendment pass.

That was a show of force from Democrats demonstrating they're not going to forego the option of Supreme Court expansion. Not if that's what's necessary to allow President Biden's and their agenda to save the nation's economy, health care, the climate—every crucial thing on the agenda for the next four years.