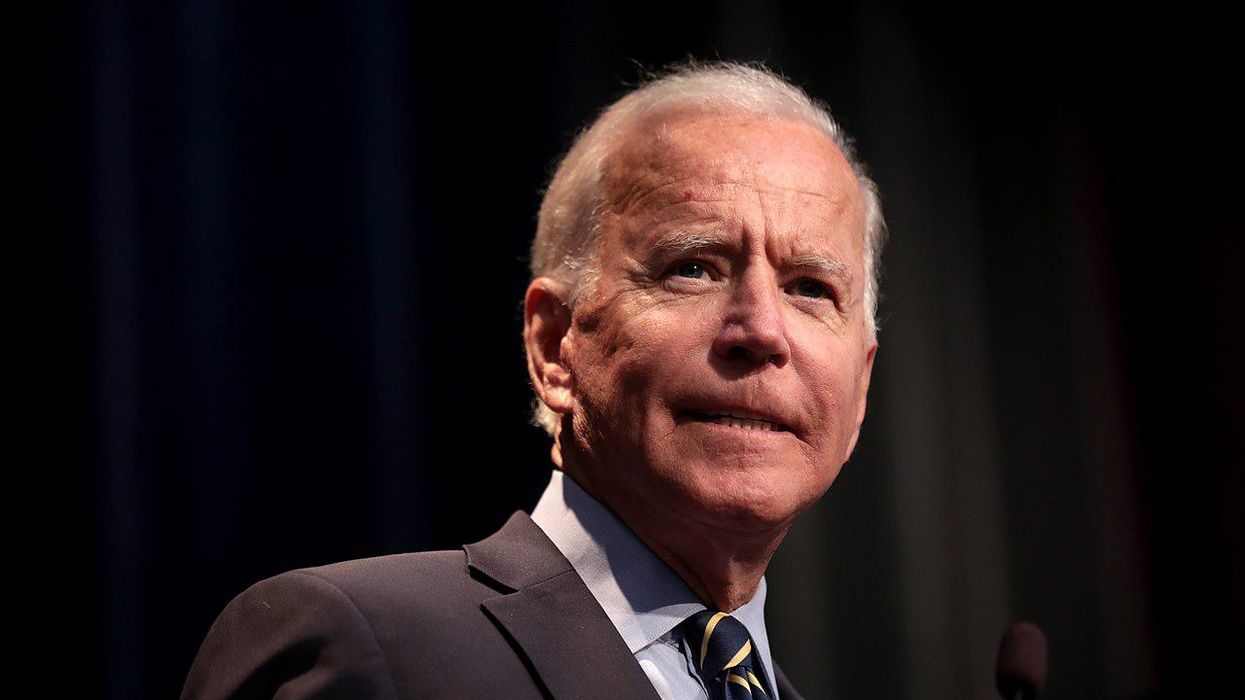 Joe Biden speaking with attendees at the 2019 Iowa Federation of Labor Convention hosted by the AFL-CIO at the Prairie Meadows Hotel in Altoona, Iowa, Gage Skidmore
Alex Henderson
February 22, 2021

During former President Donald Trump's second impeachment trial, President Joe Biden avoided saying a lot about him — as he believed it distracted from his own agenda. Biden's desire to move on from the Trump era is the focus of a Washington Post article by reporters Ashley Parker and Matt Viser, who outline some of the ways in which the Biden Administration is trying to cleanse the White House of the stink of Trumpism.

Parker and Viser open their article, which was published on February 22, by quoting White House Communications Director Kate Bedingfield — who said, "Joe Biden is president, and we're focused on what we're doing, day in and day out. The focus is entirely on President Biden's agenda, and Donald Trump doesn't factor in that for us." The Post reports, add, however, that "the reality may prove more difficult."

"With the historic second impeachment of Trump recently concluded," Parker and Viser explain, "Biden and his team now face the challenge of continuing to minimize not just Trump, but also Trumpism — an overarching ethos that includes a former president eager to sow discord; an alternate reality of dangerous misinformation; and an abiding belief in grievance politics and incivility."

One of the challenges that the Biden Administration faces, according to Parker and Viser, is the fact that many low-information Republican voters believe that Trump really won the 2020 presidential election. In January, an NBC News poll found that 74% of GOP voters believed that Biden did not win the election legitimately.

But former Republican National Committee Chairman Michael Steele, a Never Trump conservative who endorsed Biden in 2020, warns that ignoring Trump altogether may not be realistic for the Biden Administration.

Steele told the Post, "Ignoring him might be a practical strategy today in a way that it wasn't in 2016…. (But) if he's able to come back in a big way, you can't ignore him, because he changes the discussion — he changes the debate, he becomes the issue. And he's willing to say and do practically anything to pull that attention and pull that debate his way."